On March 16-29, 2019, the well-known scholar on the history of Central Asia and South Asia, a professor at Oxford University Alexander Morrison, visited the department of World history, historiography and source studies at the Faculty of History, Archeology and Ethnology of the Al-Farabi Kazakh National University. During the visit, Professor A. Morrison delivered a course of lectures on the topic “India 1757 - 1947: Empire, Nationalism and Independence” to postgraduates and doctoral students of the faculty. The scientist acquainted the doctoral students with new scientific approaches on the history of Central Asia and held discussions on various actual issues in history with them. Also, doctoral students were consulted on the topics of their dissertations. 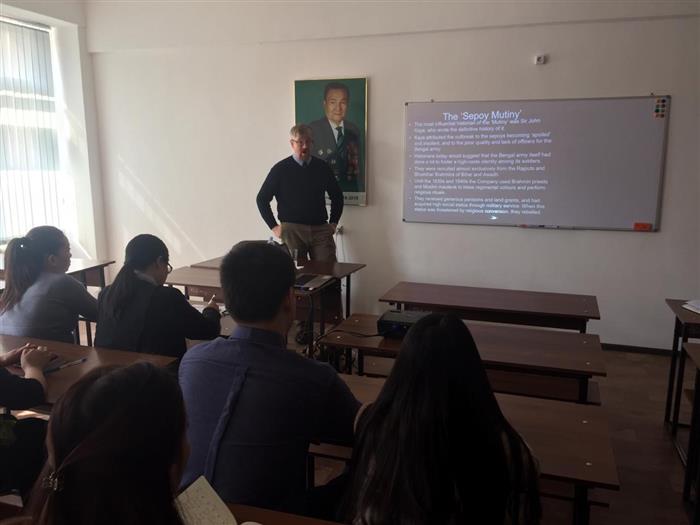