On May 11, on the ZOOM platform, a lecture by Doctor of Philology Orynay Sagyngalievna on the topic: "The use of the Kazakh language in contradiction with its system and structure" took place. School teachers from all over Kazakhstan, scholars, professors, linguists-practitioners, connoisseurs of the language such as: Alimkhan Zhunusbek, Zhaina Satkenova, Dina Alkebaeva, Aigul Ismakova, Zeinelkhan Kuzekova, Anar Ashimova joined to listen to Orynay Sagyngalievna’s lecture.

Orynai Sagyngalievna began her lecture with the words of Akhmet Baitursynov: "The language of the people is counted not in centuries, but in millennia, and each people has its own system of skills."

During the lecture, the following important issues were highlighted:

• Erroneous use of words in modern language means, mass media;

• Problems of linguoecology, when this issue was considered interesting ideas were expressed;

• Similarities and differences between Russian and Kazakh languages;

• The phenomenon of ascertaining.

The meeting was ended with expressing thoughts and ideas by the scholars who were present at the lecture. 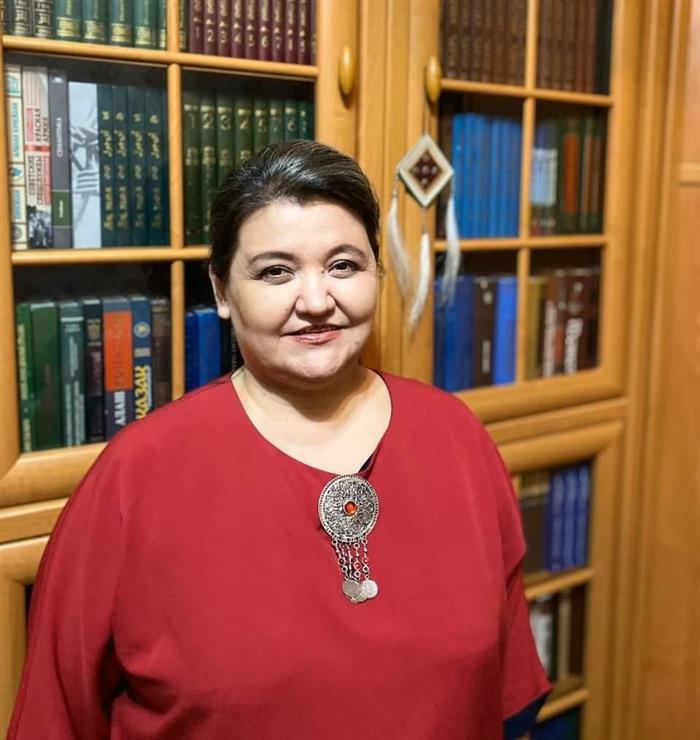