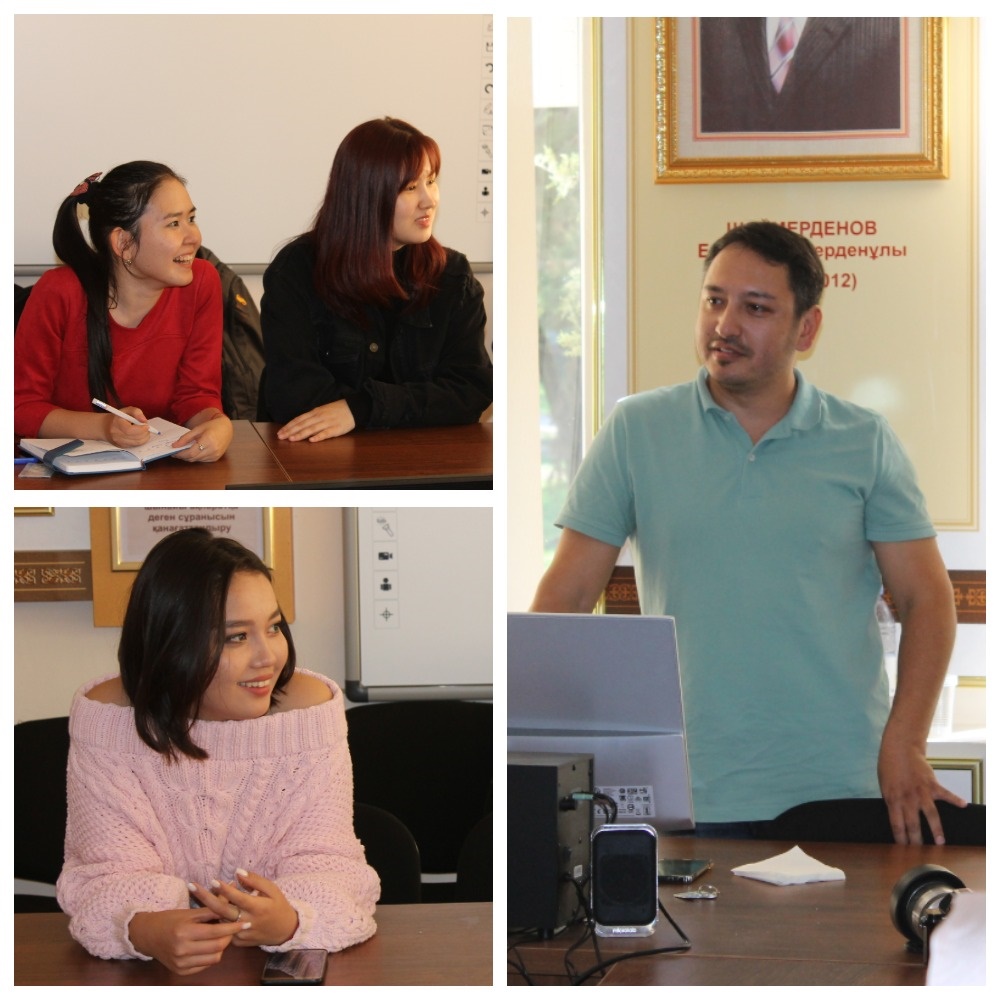 Today at the al-Farabi KazNU Journalism faculty, in the framework of the “Week of PR and International Journalism”, hosted a guest lecture of the famous cameramen Dilshat Iminov. The expert spoke about his work in the film industry and in the news field, shared with students the skills of working in international creative projects.

The guys, who became participants of the master class, received exhaustive answers to all their questions. Everyone was particularly interested in working under the program about Aral Sea for the “National Geographic” TV channel, when the crew had to shoot the Pamir mountains from a helicopter. A great impression was also leaved by the story about the shooting of battle scenes with the participation of tanks for Chinese film company.

The meeting was held in a warm atmosphere, and memories of it will remain not only in joint photographs, but also in possible future projects.

AWARDS AND ACHIEVEMENTS OF THE DEPARTMENT

Publication of educational and scientific presentation materials in Pdf

Publication of educational and scientific materials in Pdf. For the 2019-2020 academic year