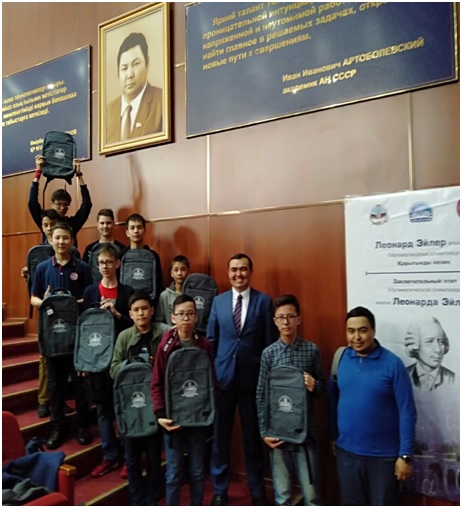 On March 25, in Almaty, the winners of the Regional Stage from all regions of Kazakhstan arrived at the Final Stage of the 11th Euler Olympiad. This year, the final stage was a record number of participants (60 people). The Olympiad was held on the basis of the Faculty of Mechanics and Mathematics of the Al-Farabi Kazakh National University. During registration, each participant was given backpacks, one Oila magazine number, notebooks from KazNU specially issued for this date, as well as pens and Kazakhstani chocolate to set the mood.

The opening took place in a large hall named after academician O.A. Zholdasbekov, where the participants and guests were:

The Olympiad was held in 2 rounds; for two days, the participants spent 4 hours and 30 minutes completing the tasks. Emerging questions on the condition of the tasks were answered by a competent jury. At the end of round 2, volunteers, schoolchildren and leaders made a tour accompanied by students of the Scientific Student Society on the Kok-Tyube cable car. On March 28, an appeal took place. This year, schoolchildren appealed quite actively, and to no avail.

At the official closing of the Olympics, academician Askar Serkulovich Dzhumadildayev made a call to engage in science. Each participant received a certificate of participation, teachers and trainers of letters of thanks, and the winners received certificates, diplomas and valuable prizes. The final results of the participants can be found at www.matol.kz. Congratulations to the winners!

Many thanks to all who supported the holding of the Euler Olympics:

The leadership of the Al-Farabi Kazakh National University and the Faculty of Mechanics and Mathematics;

The management of the NAO RFMS of Almaty for the places provided in boarding schools for non-residents and catering;

The management of the Nazarbayev Intellectual Schools for the secondment of participants and accompanying persons;

The editorial board of the “Oil” magazine for the issues of the journal provided to each participant and accompanying persons;

The main sponsor for material and moral support at all stages of the Olympiad;

members of the KazNU Scientific Student Society, students of the Faculty of Mechanics and others who were not mentioned, but without help, who would be difficult to hold the Euler Olympiad. 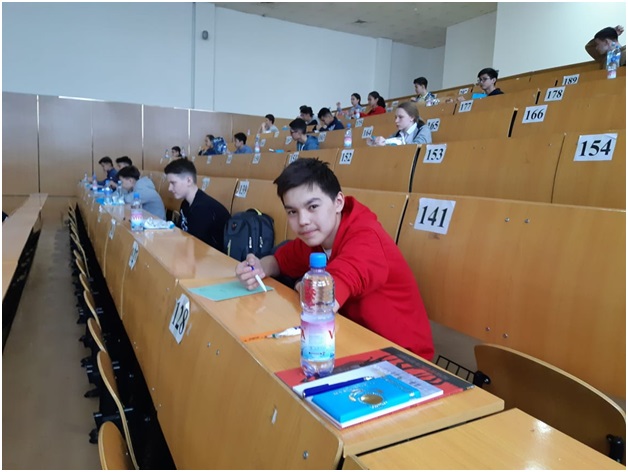 Department of Mechanics and Mathematics

The scope of professional activity of graduates

Academic partners in the Republic of Kazakhstan