Press and Internet journalism chair – one of the oldest at university. Its initial name – chair of the theory and practice of the Bolshevist press. Under such name it has been opened in 1941 and till 1949 was unique chair at faculty.

In 1957 there were two chairs – chair of journalism which has been intended for conducting employment basically in Russian, and chair of history of journalism – for students of the Kazakh branch. Both chairs functioned as a part of philological faculty. In 1966 the journalism faculty became independent university division these chairs and have entered into its structure.

In 1976 on the basis of functioning two chairs – the Kazakh and Russian journalism 4 chairs have been opened: stories of journalism, television and radio journalism, journalistic skill and literary editing and the theory and practice of the Soviet journalism.

The chair of the theory and practice of the Soviet journalism became leading chair of faculty which prepared basically experts for the press. Its first manager with 1976 on 1986 was the known researcher of satirical journalism, the Doctor of Philology, professor Temirbek Kozhakeevich Kozhakeev. Simultaneously prof. T.K.Kozhakeev was the dean of faculty.

In April, 1986 of the prof. Since Kozhakeev has been released from posts of the dean of faculty and managing chair. Cand.Phil.Sci., senior lecturer Peter Terentevich Sopkin who supervised over chair with 1986 on 1991 became managers

After revaluation of December events in 1991 of the prof. Since Kozhakeev has been invited again to faculty of journalism and within almost five years till 1995 headed chair which have renamed on periodicals chair.

Since 1995 over chair young Cand.Phil.Sci., the researcher of the modern publicism, the known poet and publicist Bauyrzhan Omirzhanovich Zhakyp supervised. In 2001 B.O.Zhakyp has been appointed by the dean of faculty, and periodicals chair Cand.Phil.Sci., senior lecturer Toregeldy Beknijazovich Beknijazov who supervised over chair till the end of 2008 became managing

Since 2009 by managing chair has been selected the researcher of business journalism of Kazakhstan,

the author more than hundred scientific articles about information processes, the owner of the grant of MON РК «the Best teacher of high school» the Doctor of Philology, professor Sharvan Iskakovna Nurgozhina. In 2010 the chair has been renamed on press and Internet journalism chair. 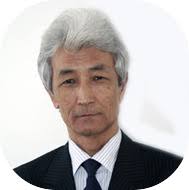 The chair carries out a professional training for printing and Internet mass media. And also for news agencies, commercial services of Republic Kazakhstan and behind its limits on a speciality "Journalism".

The basic attention in vocational training of the expert addresses on training of the future journalists to newspaper and journal practice, how the publicistic material becomes, ability to inform and entertain the reader, to get certain skills of editing, prototyping, to understand registration subtleties, to operate edition, to perceive new technologies, to create Internet newspapers and magazines and блоговую journalism, to photograph for mass-media, also to create and sell new newspapers.

We try, that all secrets of skill were accessible to the future expert: the technique of search of news, ability to extract the valuable information to ask art questions, work in various genres, technics of the reporting, readiness for efficiency of work under any circumstances, text construction, an operative writing of the report, carrying out of press conferences, briefings and etc.

On chair professionalism increase actively take up the problems, try to help to understand to students sense of the trade selected them and in the future to carry out the duties with the maximum advantage for itself and a society.