Congratulations to the graduates of the fur math KazNU. Al-Farabi 45th, 35th, 30th anniversary of graduation 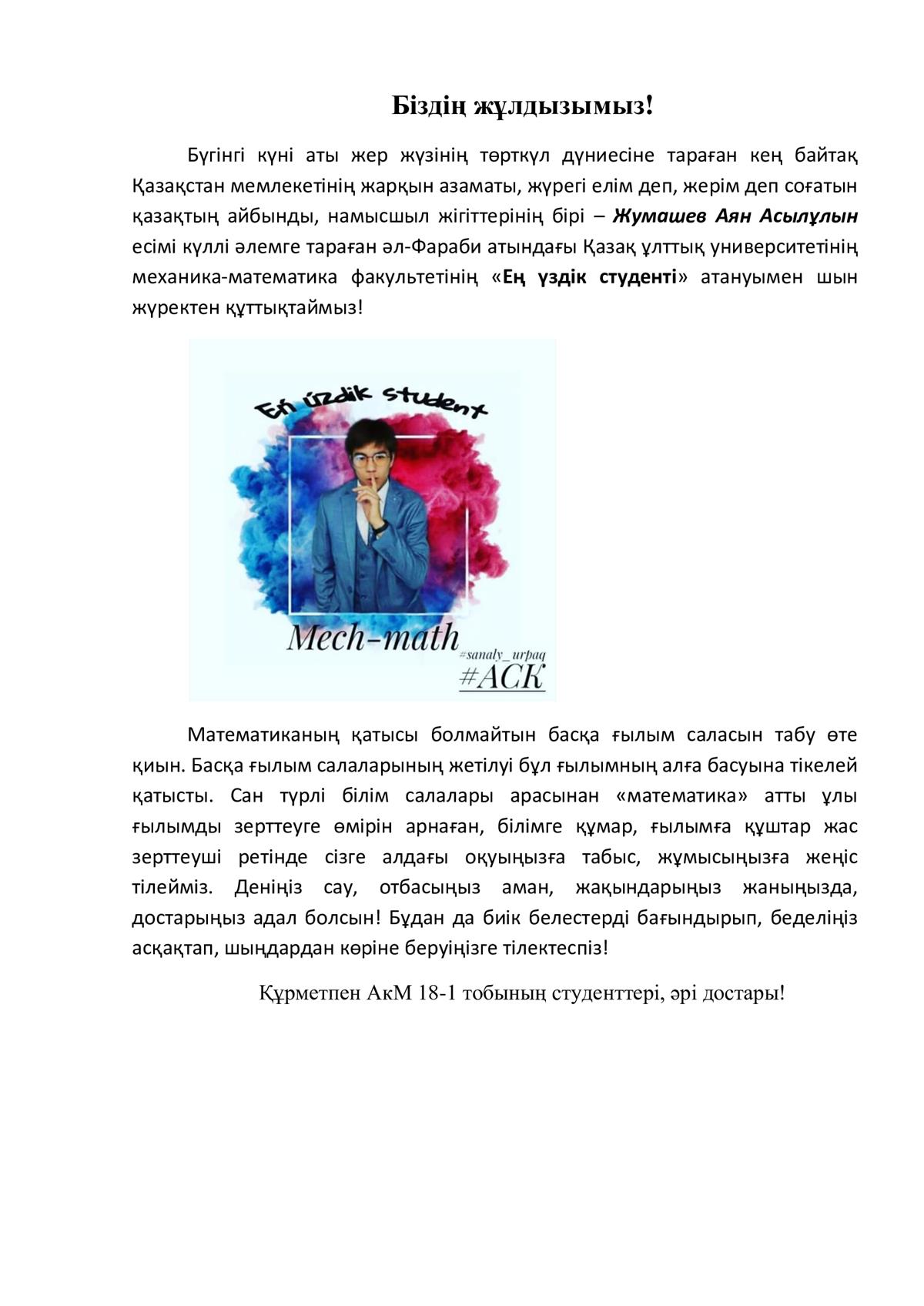 Congratulations to Ayan Asylovich Zhumashev on being awarded the title "Best Student" of the Faculty of Mechanics and Mathematics of KazNU named after Al-Farabi.

First-year students of the specialty "Mathematics" took off a vid "Біз біргеміз" in support of all students and the entire teaching staff. 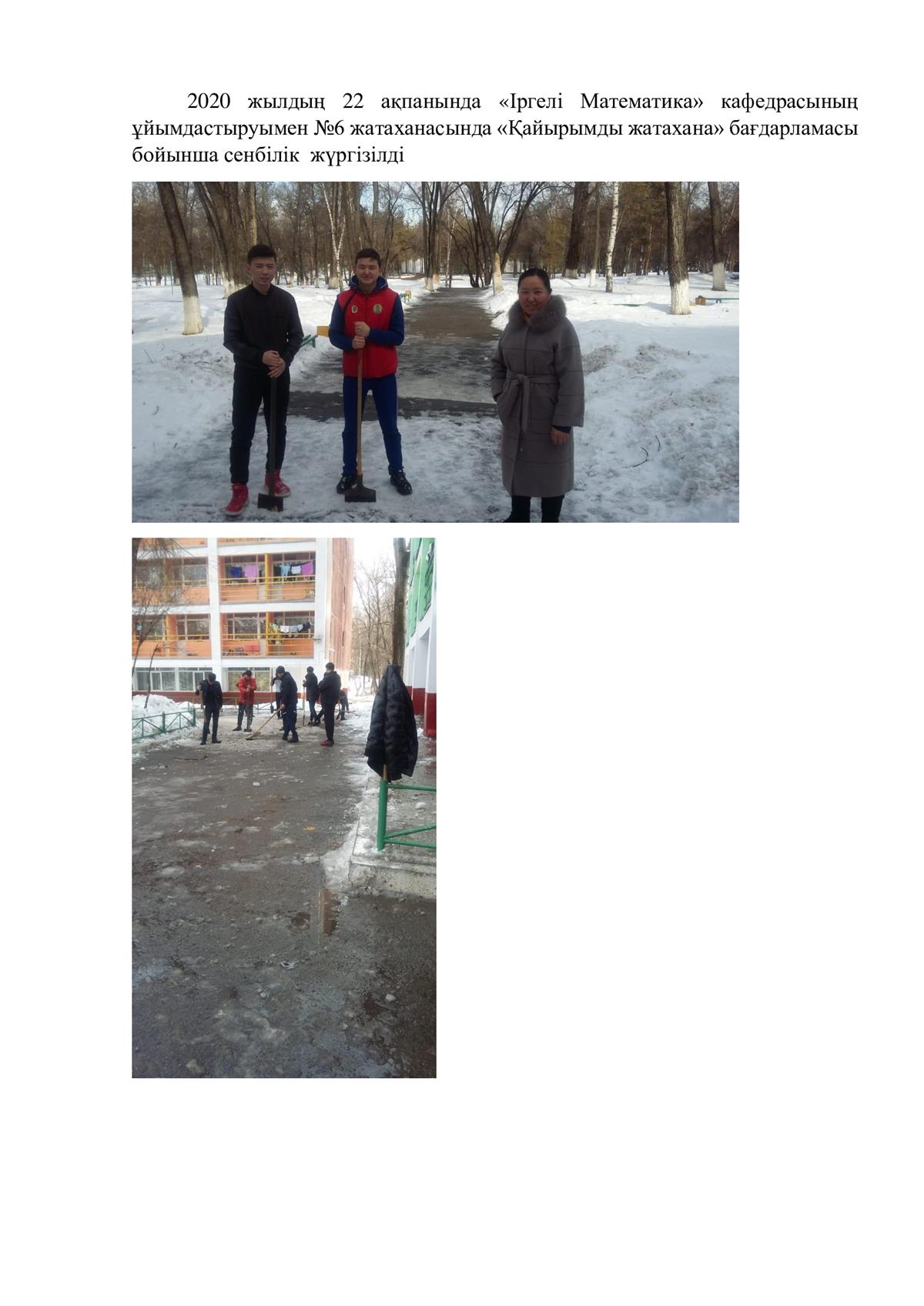 On February 22, 2020, in the hostel No. 6, the Department of Fundamental Mathematics organized cleaning with volunteers. 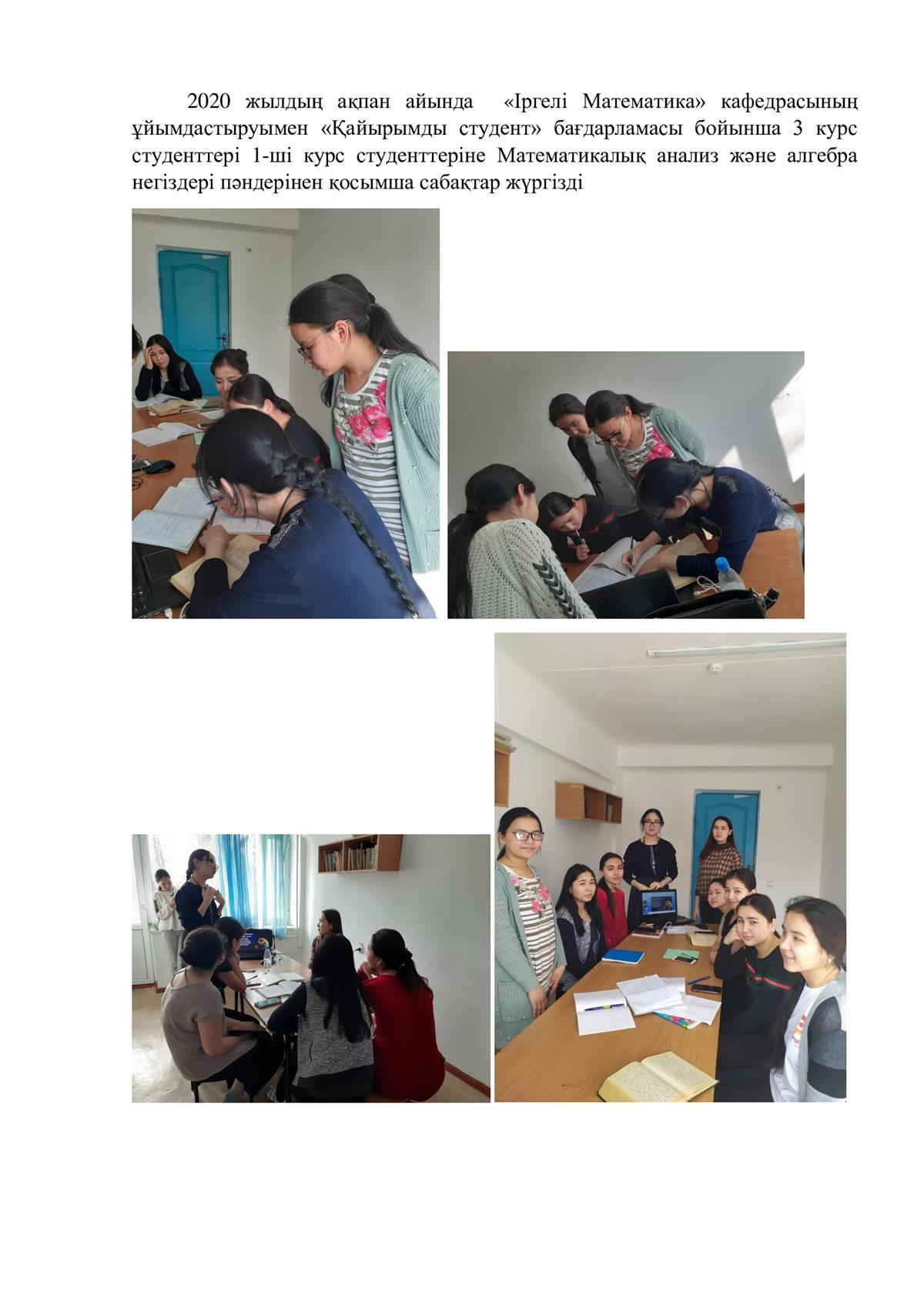 In February 2020, under the auspices of the Department of Fundamental Mathematics, 3rd year students took additional lessons for first year students in mathematical analysis and the basics of algebra. 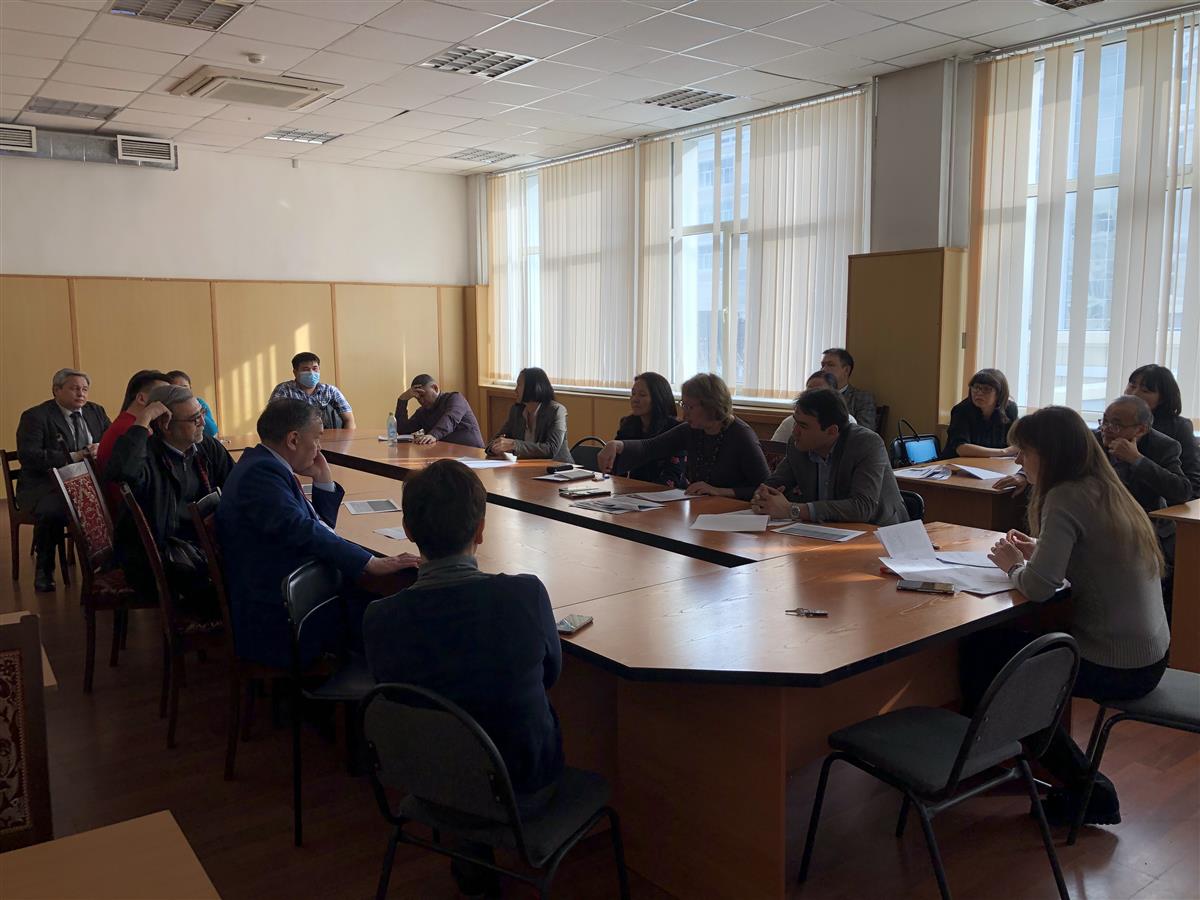 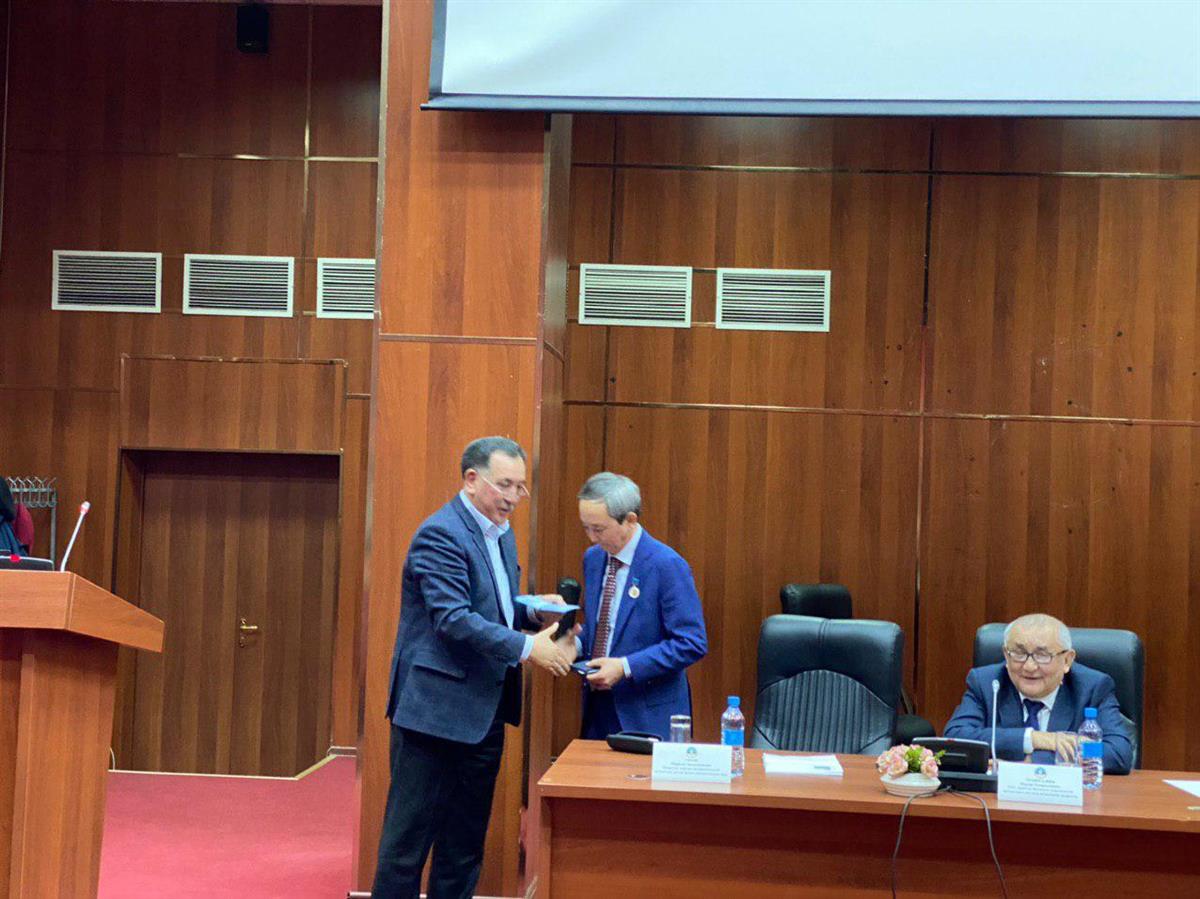 January 18, 2020, organized by the Department of Fundamental Mathematics of the Faculty of Mechanics and Mathematics, professor of the department, doctor of physical and mathematical sciences. Republican seminar on the 60th anniversary of MB Sikhov was held.

Scientists from different regions of the republic came to it and shared their works. At the end of the seminar there was an extended meeting of the Department of Fundamental Mathematics. Al-Farabi KazNU Vice-Rector for Scientific and Innovative Development, Academician of the National Academy of Sciences of the Republic of Kazakhstan Ramazanov Tlekkabyl Sabitovich congratulated the anniversary owner with a silver medal "Al-Farabi". 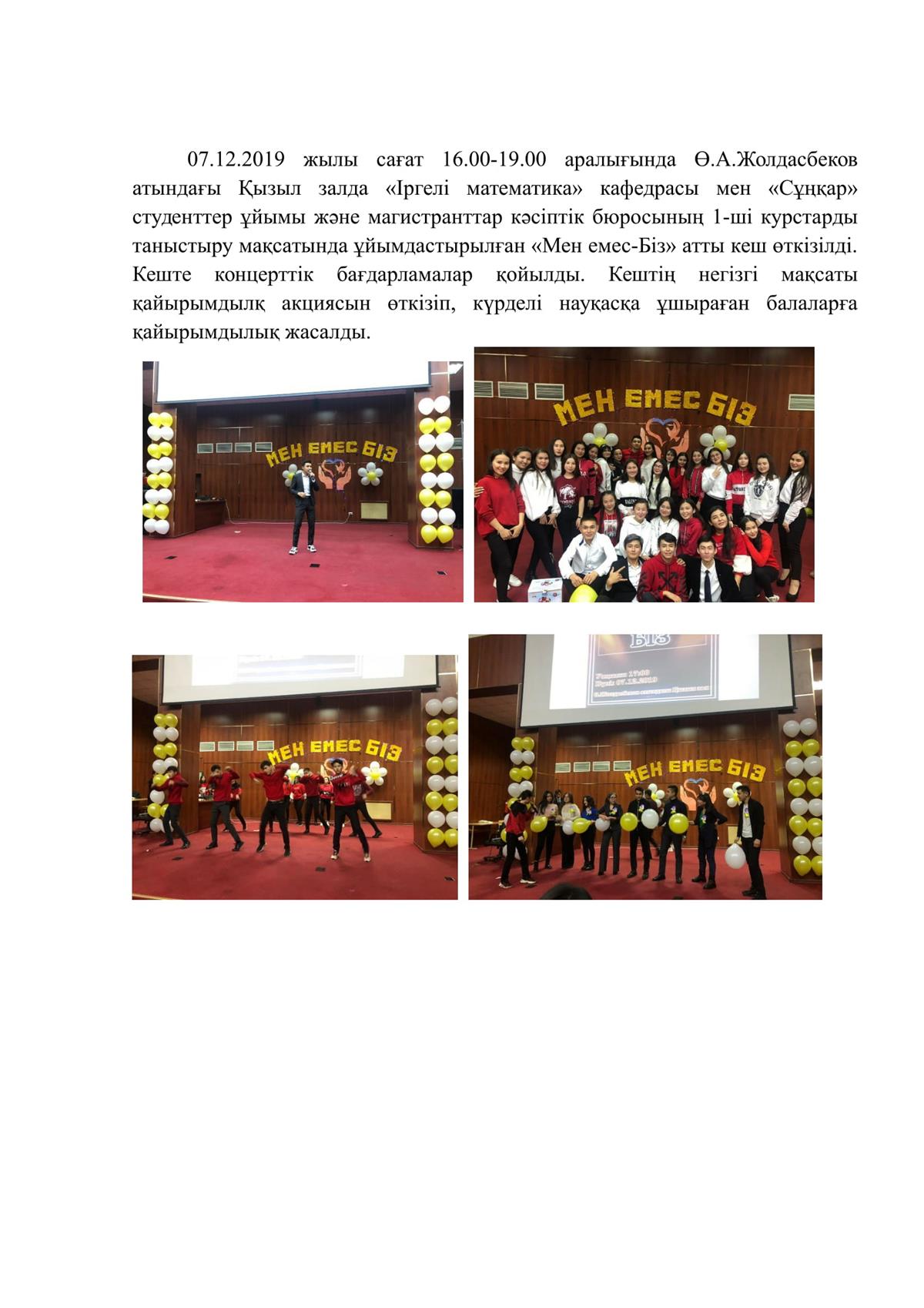 Department of Computational sciences and statistic

The best student of department