In the framework of the state program "Digital Kazakhstan" of the Kazakh National University. Al-Farabi was visited by the Deputy Prime Minister of the Republic of Kazakhstan, Askar Zhumagaliyev, to familiarize himself with the scientific and innovative project of the University of Al-Farabi and the implemented digital technologies at the university.The Situation Management Center (CSB) became the starting point of Askar Zhumagaliyev. The rector of KazNU, Galim Mutanov, acquainted the vice-premier with the model of a digital university and a campus with the national platform MOOC, the university’s information and analytical system based on the Power BI program.

As the rector of KazNU Galim Mutanov emphasized, the university has identified key areas for the development of IT technologies - the introduction of cloud technologies in the automation of university activities; intelligent technology in campus infrastructure management; Big data technologies for the formation of an analytical system; development of outsourcing IT services. Since the beginning of the year, a new IT department has opened at KazNU, where training of specialists for the high-tech industry is concentrated.

During his visit to the Faculty of Information Technology, the Deputy Prime Minister familiarized himself with his research activities and also visited Kaspersky Lab, Cisco, Hewlett-Packard, Konika Minolta, Fujitsu, Huawei, Samsung, SBI Algorithm and Samsung Center. university since 2015.During the meeting, it was noted that Microsoft praised the work of the university in the development and widespread introduction of modern information technologies. And today, Microsoft, being a strategic partner of the Kazakh National University, is represented at the university by the cloud service of business intelligence Microsoft Power BI. 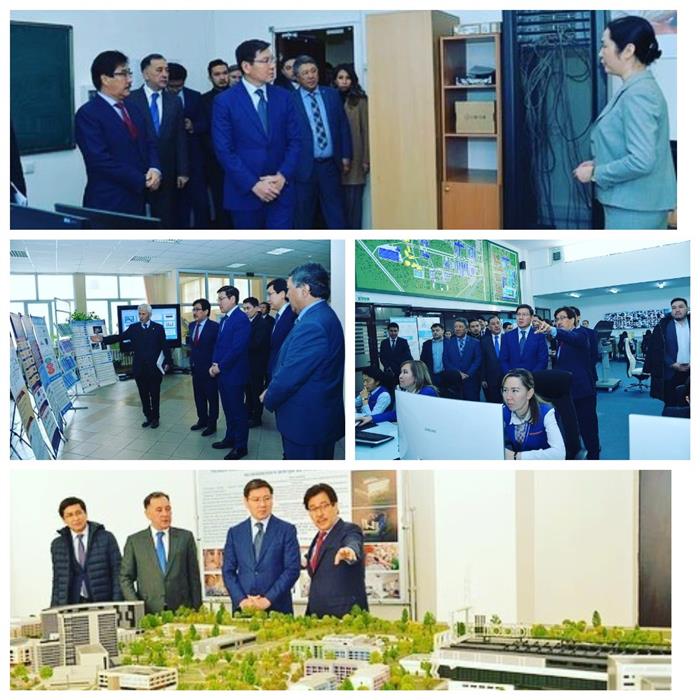