Employers of department are regularly going to the foreign academic trips, taking part in international conferences. Also in the department, due to the state program «Invitation of leading foreign scholars», famous professors from leading universities of the world are reading lectures. 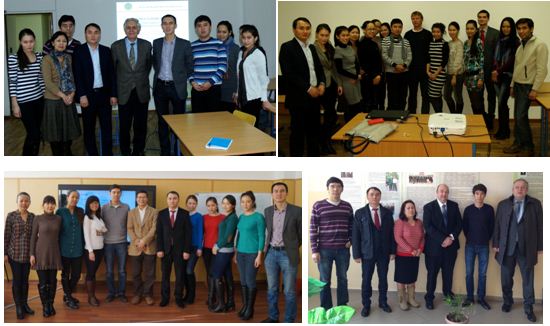 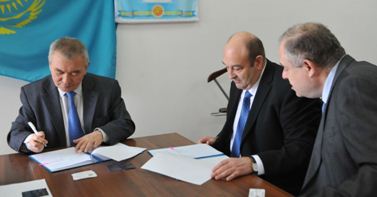 In 2013 agreement about two-diploma education between al-Farabi KazNU and Keele University of Great Britain was signed, by which six the best students of our department are studying in England

Members of department in order to increase their qualification had passed academic trips in England, Germany, USA, Japan, North Korea and Russia.

Holding the open lectures, seminars with participation of specialists of «Intel» company is one of the competences of «KazNU-INTEL» highly productive computational center, which was opened due to the joint collaboration between al-Farabi KazNU and worldwide famous company in the field of newest technologies - «Intel» by the initiative of faculty of Mechanics and Mathematics of al-Farabi KazNU and Scientific investigation institute of Mathematics and Mechanics. Contract about collaboration was signed on 26th of May in 2014 by the rector of al-Farabi KazNU academic G.M.Mutanov and director of business development in Russia and Union of Independent countries of «Intel» corporation A.V.Avdeev. This project opens new possibilities for the storage, development and spreading of knowledge, significant increasing of educational programs, directed to the preparation, retraining, improving of qualification and certification of employers on the «Intel» software in the field of highly productive computations and mobile applications.