In order to execute the program “Ruhani zhangyru” at the Kazakh National University named after al-Farabi, on the eve of the International Day of Students, an evening of poems and songs “Jean zhyluy” was held within the project “Aynalandy nyrlandyr!”

The president of Republik of Kazakhstan  declared next 2019 year, the year of youth, and this was a new impetus in the development of the whole society. In this regard, it should be noted that KazNU not only leads in the field of education and science, but also makes a great contribution to the development of spiritual and moral education of the younger generation.

One of such social and innovative projects of the University is carried out under the leadership of the rector of the KazNU, Galym Mutanov. The peculiarity of which is the implementation of the goals of spiritual development of the country.Within the framework of this project, which has existed for more than seven years, were performed famous musicians and poets, talented performers, soloists, composers and creative youth of the Al-Farabi Kazakh National University .

The concert hall of the Students' Palace was full. The spectators and guests were cultural workers, famous poets and writers, artists, scholars and students. Among the honored guests there was a famous poet, one of the founders of the Dos-Mughasan group, an honored worker of Kazakhstan - Ulykpan Yesilhanuly.The program of the evening was composed of lyrical songs by Vladimir Pitertsev, written in verses by the rector of KazNU, Galym Mutanov, songs by Ramazan Amantai, Bekzhan Ushirbay, academician Dosym Suleyev and more others. 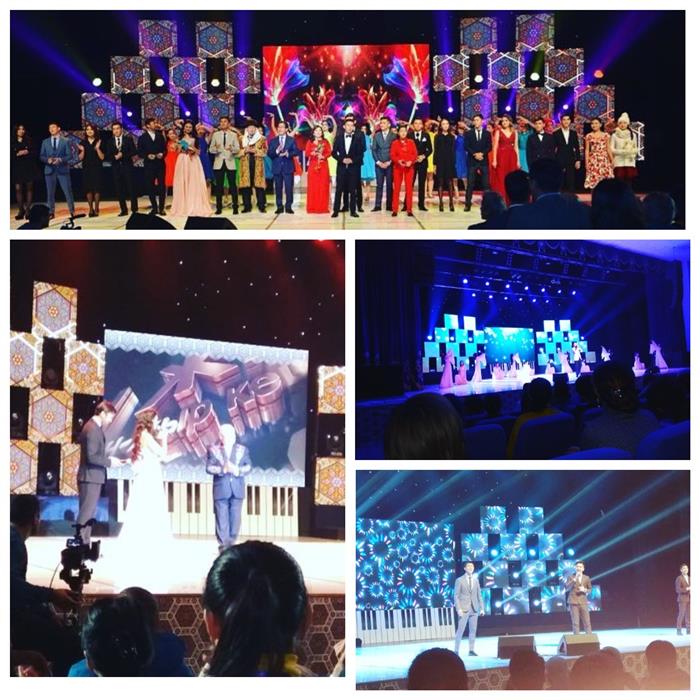