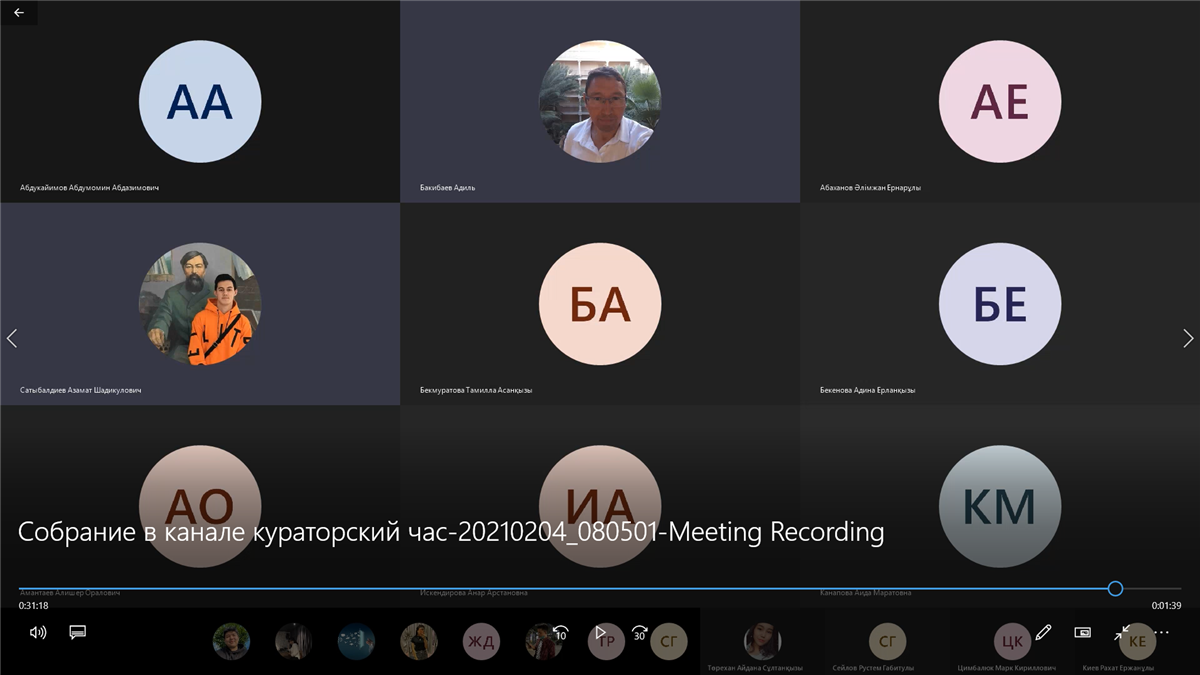 The curator of the IS-18 group (Russian) on the spending of an advisory hour on the topic “A healthy soul in a healthy body”. The advisory hour was built in two stages: first, a team of 3 people made a presentation, then the whole group discussed the topic of a healthy lifestyle. 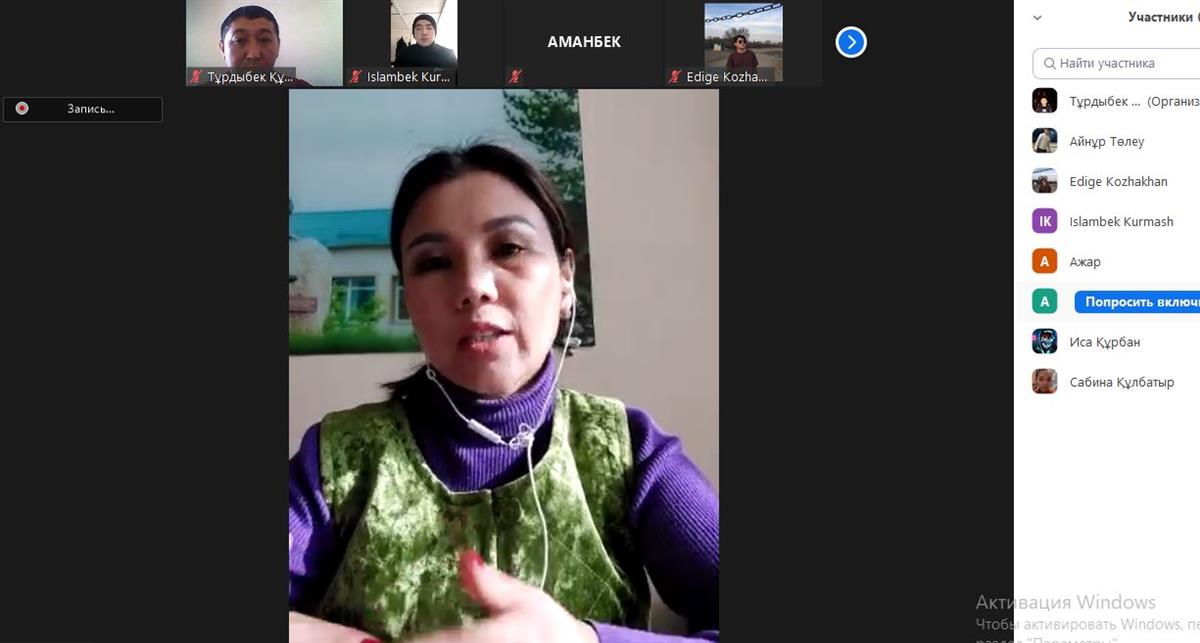 Students of the SIB-19-04 group on the occasion of the 90th anniversary of the poet Mukagali Makatayev held a meeting with the poet, literary critic, authors of the program "Literature and Humanity" on the Zhetysu channel, director of the literary club "Genre" Ainur Toleu. The poet told the students about the work and biography of M. Makatayev, about the contribution to Kazakh literature, about the role of literature in the formation of the system of artistic thinking of people. Also, our group SIB-19-04 was given the baton of reading the poet's poems, dedicated to the 90th anniversary of M. Makatayev, headed by the literary clubs "Genre" of the Almaty region. At the end of the meeting, the students read a poem by M. Makatayev.
https://www.youtube.com/watch?v=3CFOGb1FBlc&feature=youtu.be 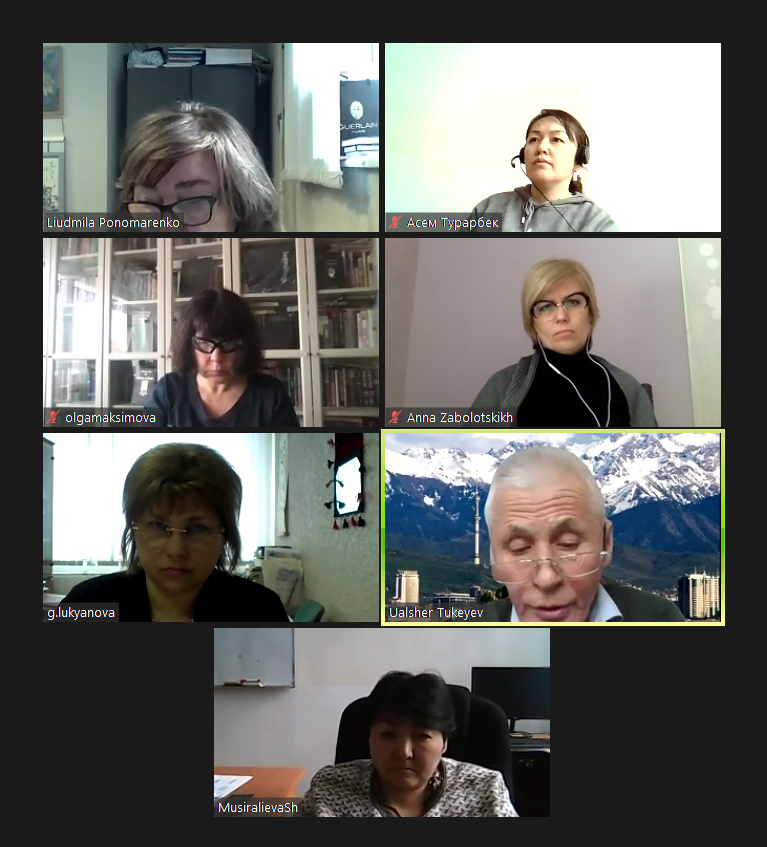 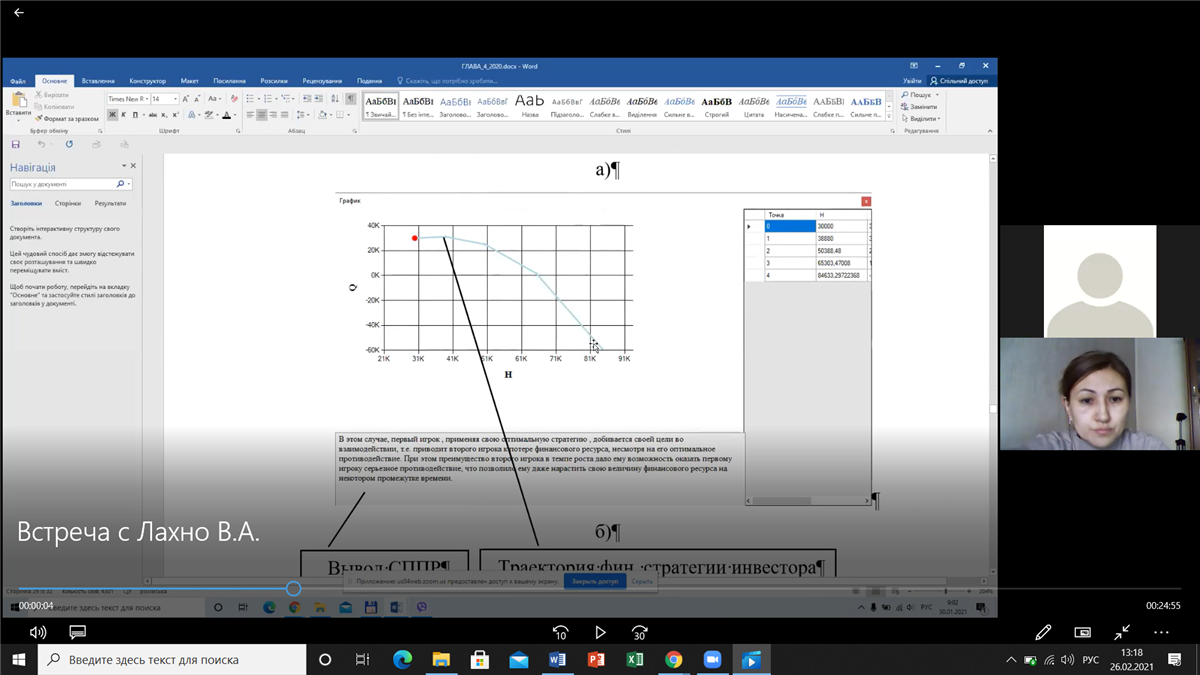 PhD student Turgynbayeva A. A. specialty IS, 3rd year passed a research internship at the Department of Computer Systems and Networks, Faculty of Information Technologies NUBiP, Kiev (Ukraine) from January 05 to February 20, 2021. in online form. Meeting with foreign scientific consultant V. A. Lakhno on the topic of dissertation research (in Zoom-e)

Open enrollment for participation in the program "Digital Summer 2021"

Dear students of the Department of "Information Systems", the enrollment for participation in the program "Digital Summer 2021"is open. The program provides an opportunity for the best and most talented students to complete an internship in real Digital Transformation projects in the portfolio companies of Samruk-Kazyna JSC" 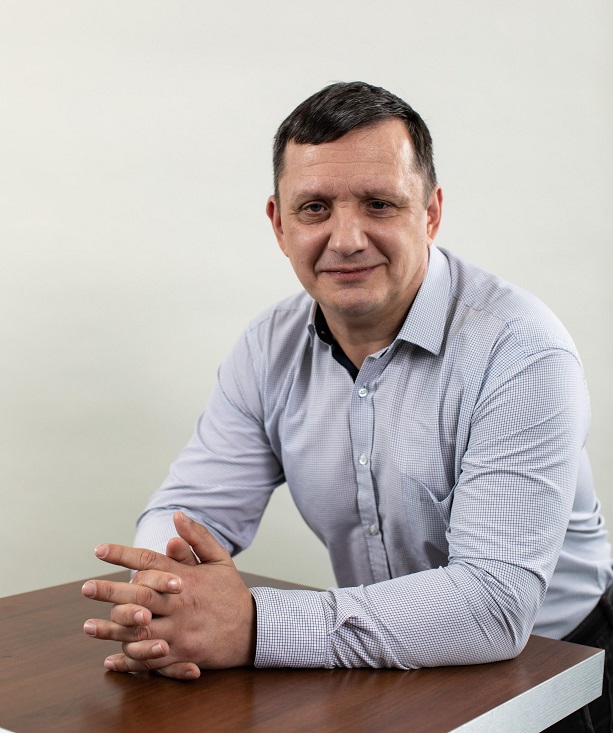 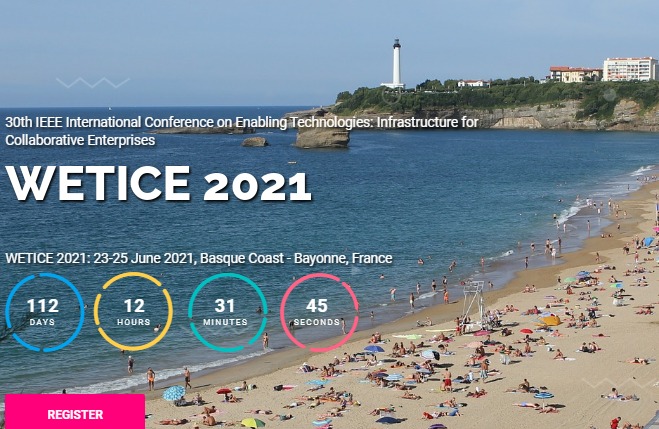 Professor of Information Systems Haider Abbas, invites you to the 30th IEEE WETICE Conference on Security, Protection and Trust.

🎓 Dear graduate students, doctoral students and teachers!
Professor of Information Systems Haider Abbas invites you to take part in the 3rd International Conference on Communication Technologies (ComTech-2021), which will be held from 21 to 22 September 2021. 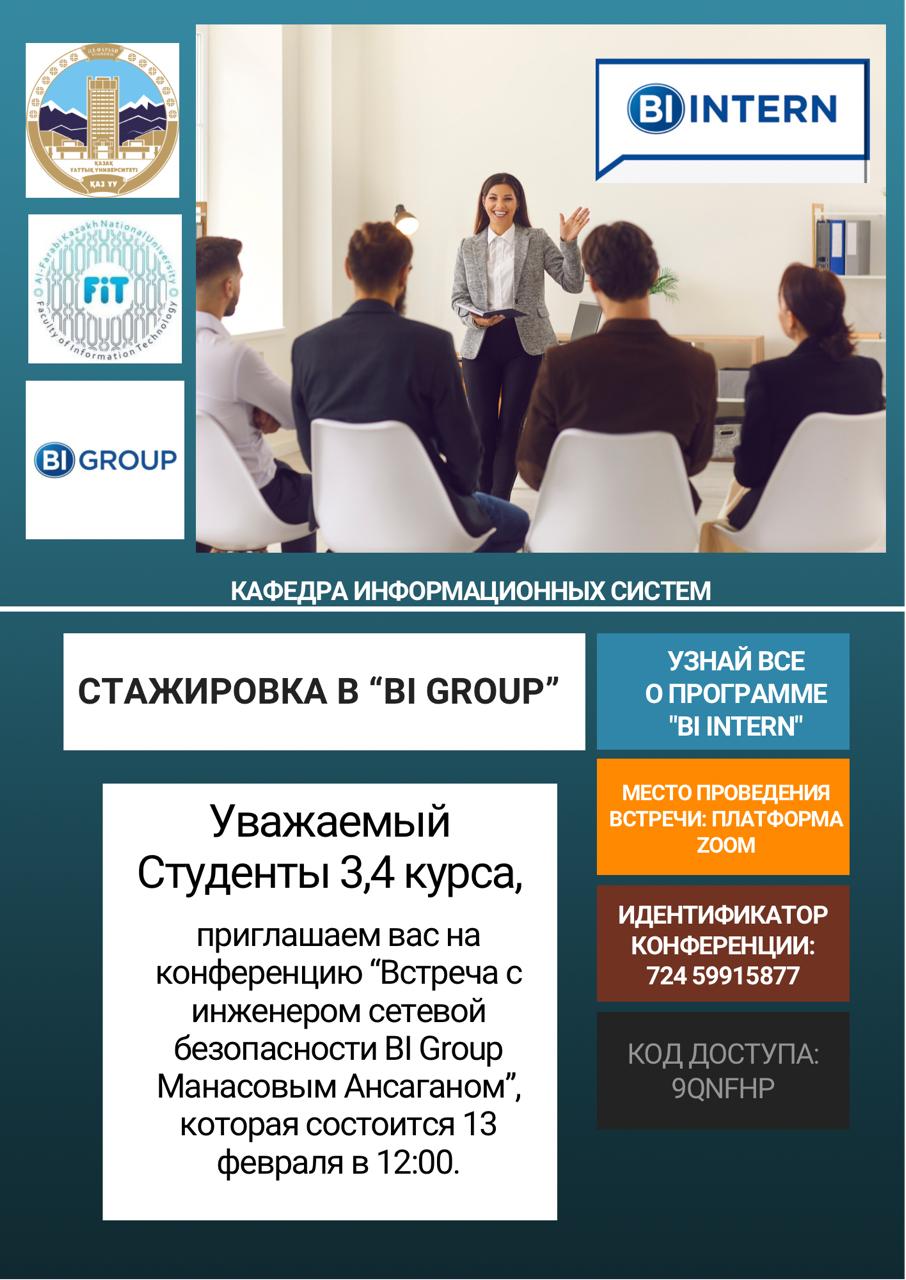 Dear students of the 3rd-4th year! We invite you to the conference "Meeting with BI Group Network Security engineer Manasov Ansagan", which will be held on February 13 at 12: 00.

Awards and achievements of the Chair

Awards and achievements of our students

Awards and achievements of our employees

For applicants to magistracy

Centers of the chair

PARTNERS OF THE DEPARTMENT