Head of the Department

Head of the Department 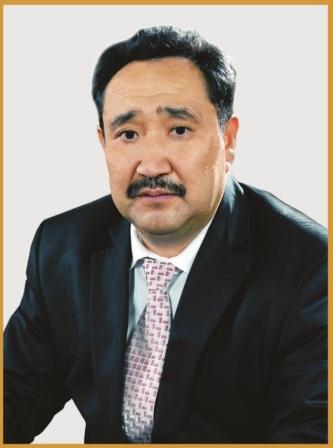 After graduating from the Kazakh State University name after Kirov with honors (1988), He was determined as an intern in the office of the assistant of the Criminal Procedure Law Faculty of KSU.
In 1990-1992 He was Deputy Dean of the Faculty of Law.
1992 - 1996 years. - Senior Lecturer, Department of Criminal Procedure Law Faculty of KazNU.
In 1996 he defended his thesis for the degree of Candidate of Legal Sciences.
1997 - 2006 - Associate Professor of the judiciary and criminal proceedings the Law Faculty of KazNU.
In 2005 he successfully defended his thesis for the degree of Doctor of Law on "Advocacy Institute in the legal system of the Republic of Kazakhstan."
2006 - 2011 GG - Professor of the judiciary and criminal proceedings Kazakh National University. Al-Farabi.
From 11.02.2011 - 22.08.2011 GG - Head of the Judiciary and Criminal Procedure Kazakh National University. Al-Farabi, and from 22.08.2011 until now head of the department of civil law and civil procedure, labor law Kazakh National University. Al-Farabi.
S.Tynybekov has extensive experience in teaching and research work (since 1988.). He was the first in Kazakhstan in 1994 were developed and since then offers courses and conducted workshops on the subject "The legal profession and the legal profession in the Republic of Kazakhstan" in Kazakh and Russian languages. Under his leadership, performed graduate, master's works and protection for the degree of PhD in Law 5 of the applicant and 1 PhD (PhD) in the specialty 6D030100 - Jurisprudence.
25 times he was an official reviewer for doctoral and master's theses.
Is the author of over 155 publications, including the monograph "The principle of the rights of suspects and accused to a defense in criminal proceedings," textbook "organizational forms and activities of the Bar of the Republic of Kazakhstan" and "Concept and general characteristics of the criminal procedure legislation of the Republic of Kazakhstan" textbooks "Advocacy and Legal Practice in the Republic of Kazakhstan (in Russian and Kazakh languages), and others.
With a wealth of knowledge needed in various sectors of legal science, as a specialist in the field of criminal proceedings and the legal profession Tynybekov S. has a well-developed scientific and critical thinking, allowing him constantly and actively participate in scientific conferences, seminars, conducted not only within the university but also the republic.
Tynybekov S. actively participates in public life of the university. In 2002 - 2007 years was a member of the city election commission of Almaty. Conscientious and responsible attitude towards work received eight medals and diplomas of Akim of Almaty.
He was voted "Best University Teacher of 2012", was awarded the breast signs "For merits in development of science of the Republic of Kazakhstan", "Bilim take іsіnің құrmettі қyzmetkerі."
Acted as an expert on the Decision of the Constitutional Council of the Republic of Kazakhstan dated February 14, 2007 №2 «On verifying the Law of the Republic of Kazakhstan" On Introduction of Amendments and Additions to Certain Legislative Acts of the Republic of Kazakhstan on the legal profession, "the project of the European Union on the compatibility of national legislation with international standards on media (May 20, 2011 - Astana) and others.

Publication of educational and scientific materials, presentation in Pdf format on the web-sources of KazNU