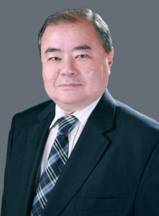 Last position: Director of the Research Institute of Private Law of Caspian University

Candidate of Law, thesis: “Responsibility for delay in performance of contractual obligations” (1966);

Doctor of law, thesis: “The structure of contractual relations in the national economy of USSR” (1980);

Corresponding Member (1994), Academician of NAS of the Republic of Kazakhstan (2003);

Academician of the Academy of European law (Budapest, 2000);

He participated in the preparation and conclusion of a number of international agreements on economic relations, in particular, he headed the Kazakhstan group at the negotiations on the Energy Charter Treaty in Brussels (1993-2004), he was a legal adviser to the Government of Kazakhstan on oil contracts;

He represented the interests of the Government of Kazakhstan, foreign and Kazakh enterprises and organizations in international disputes. He has acted several times as an expert on Kazakhstan law in judicial and arbitration proceedings in London, Washington, Stockholm, Houston and Calgary.

He prepared more than 40 Candidates of Law, 5 Doctors of Law. 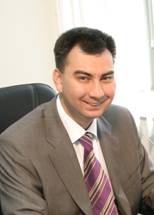 · PhD thesis: “The legal regulation of securities in the Republic of Kazakhstan” (February 24, 1995, Institute of State and Law of NAS RK)

* Doctor of Law, thesis topic: “Securities and money in the system of civil rights” (27 December 2002, KazSLU)

* Researcher, Acting Head of the Department of the Institute of State and Law of the Academy of Sciences of Kazakhstan (1993-1996);

· Senior expert, Head of sector of the Department of law of administration of the President of the Republic of Kazakhstan (1996-1997);

* Advisor to the Chairman of the Board, Director of the Legal Department, Managing Director of JSC “Halyk Savings Bank of Kazakhstan” (2000-2006);

* Professor of the Department of Private Law of Caspian Public University (since 2008);

· Deputy Chairman of the Board of JSC “BTA Bank”

* Member of the Group of International Experts on the model draft of Labor Code (under the auspices of the CIS Centre for Private Law, Bremen and Leiden Universities) (since 1998)

* Member of International Academy of Comparative Law (since 2013)

Scientific-educational and consulting center "Legal support for innovative development of Kazakhstan" of the Department of Civil law and Civil procedure, Labor law