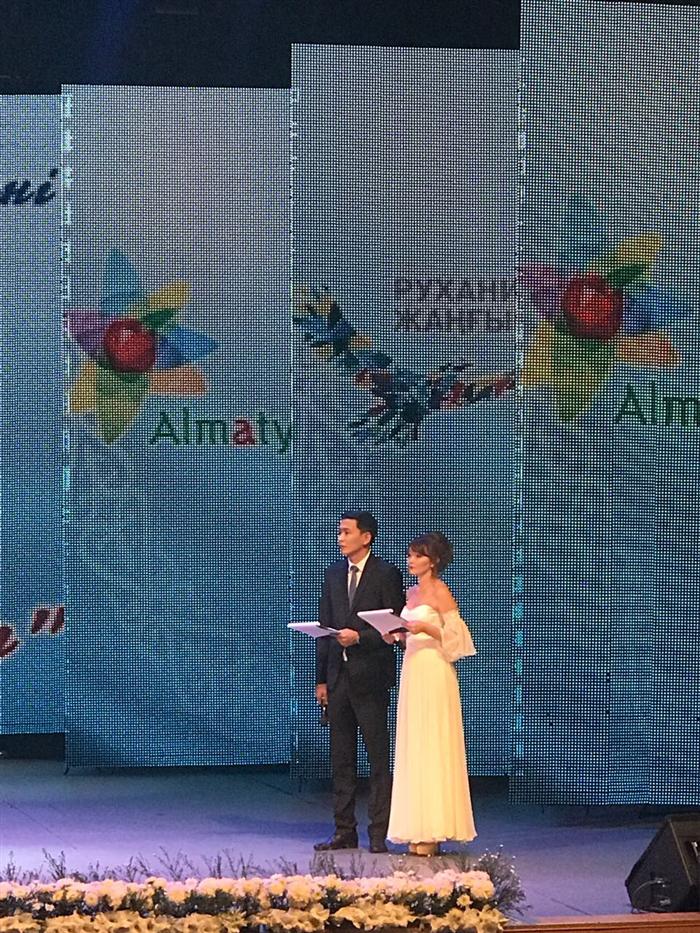 Dear students and teachers! Third –year students of the speciality “Social Work” invite you to take part in a festive event “Ana tilim - ardagym” which dedicated to the Day of Languages of the Republic of Kazakhstan.
The event will be held on September 23 at the Alatau Theater of Traditional Art.

On September 23, in honor of the Day of Languages of the People of Kazakhstan, was held the festival "Ana tilim - ardagym".The Head of the Department for the Development of Languages of Almaty city Akhetov M.K. noted that language is the basis and the power to create a future multi-ethnic state, and also awarded citizens who have contributed to the development of language policy. The annual expansion of the circle of people who know the official language was a pleasant observation for us. The event continued with a festive concert with the participation of Kazakh pop star 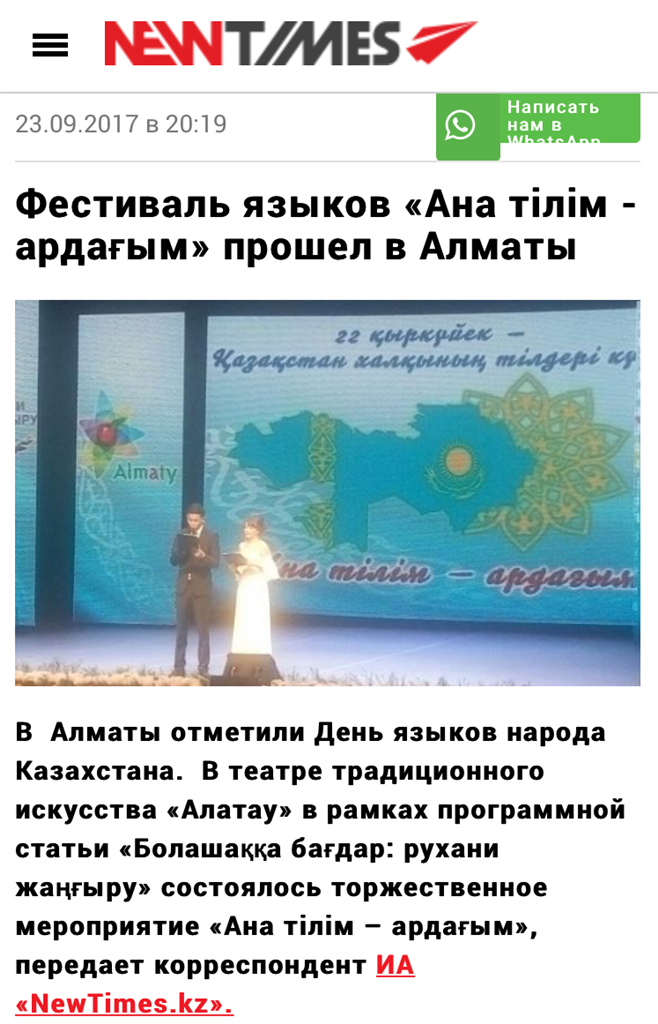 The Community of Practice for Social Work