February 12, 2016 in a dormitory № 9 KazNU. Al-Farabi Kazakh National University in the framework of the project "100 books" was held event "Logic as of thinking culture phenomenon", dedicated to the study of the logical treatises of the outstanding thinker of the East Abu Nasr al-Farabi. The event was organized by the lecturer of the Department of Philosophy L. A. Askar. In his speech he held a comparative analysis of the "Organon" of Aristotle's logical treatises and Abu Nasr al-Farabi, and also talked about the current state of the science of logic.

In the discussion took part doctor of philosophic sciences B.M. Atash and students of the Faculty of Philosophy and Political Science. Students have expressed particular interest in the subject and asked a lot of questions about the history of the writing of the logical treatises of al-Farabi, which received satisfactory answers. 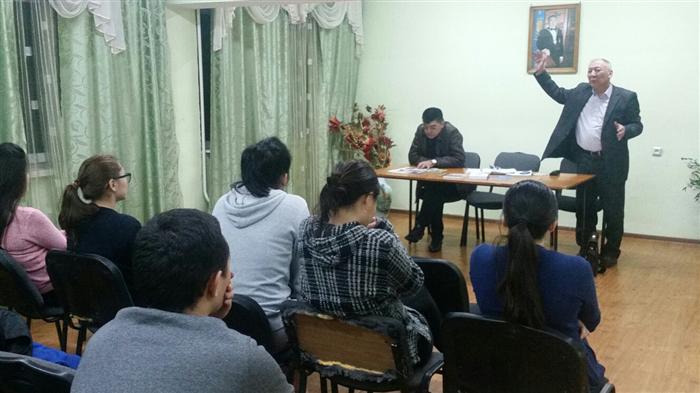