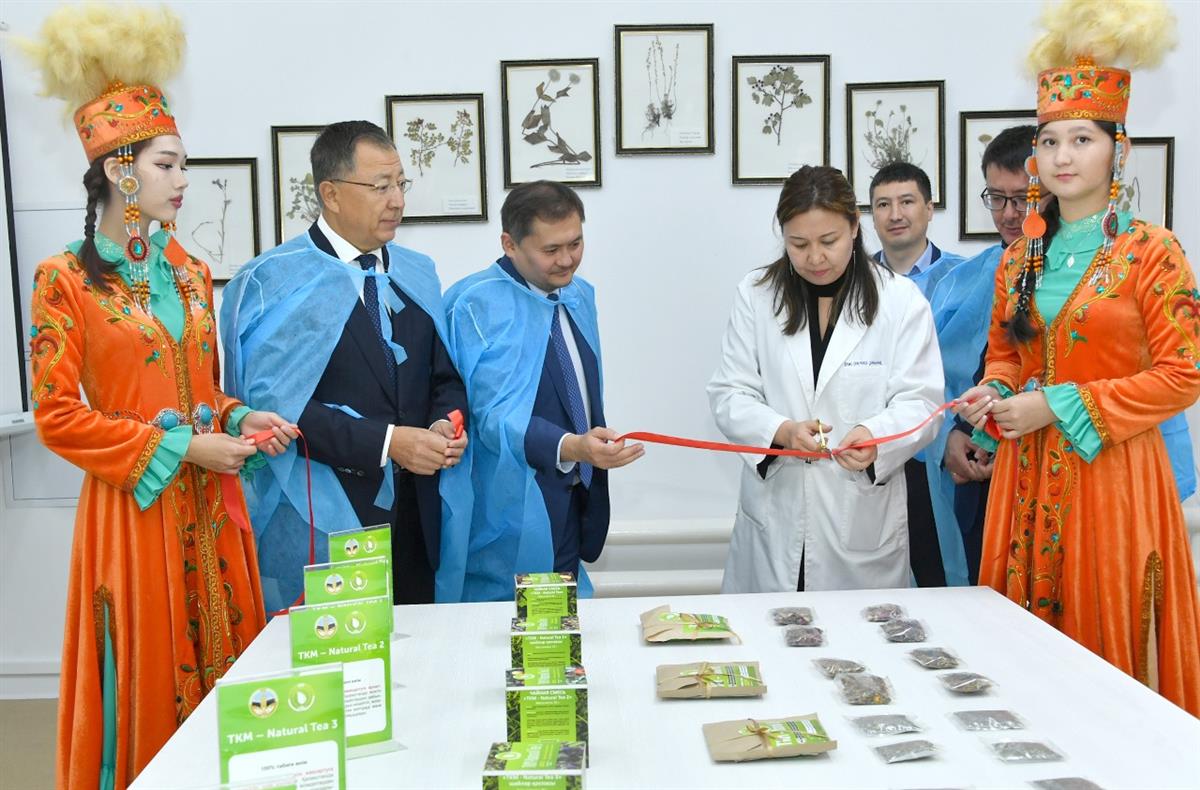 The grand opening of the low-tonnage production based on plant raw materials on the basis of the Research Center of Medicinal Plants took place at the Al-Farabi Kazakh National University. The event was attended by Minister of Science and Higher Education of the Republic of Kazakhstan Sayasat Nurbek, Chairman of the Board - Rector of Al-Farabi Kazakh National University Zhanseit Tuimebayev, representatives of the Akimat of Almaty, scientists and faculty of the university.

Minister of Science and Higher Education of the Republic of Kazakhstan Sayasat Nurbek delivered a congratulatory speech at the opening ceremony: "Currently, the head of state Kassym-Jomart Tokayev pays great attention to the development of science. The development of innovative technologies increases the competitiveness of the country in the international arena. In this regard, today's opening of the pharmaceutical production workshop is a valuable asset for Kazakhstan. The Ministry will support the placement of medications in pharmacies of the country. Thus, we will not only solve the issue of commercialization of scientific projects, but also improve the health of the population. The price of medicines will be affordable, and the benefits are great," Minister Sayasat Nurbek said.

Chairman of the Board – Rector of Al-Farabi Kazakh National University Zhanseit Tuimebayev told the honored guests in detail about the work of the center. “The purpose of the activity of this workshop is the development and implementation of research works from medicinal plants, the production of biologically active additives, herbal teas, herbal preparations, cosmetics on their basis. The effective work of the scientific center will optimally solve many key problems in the country. The new production facility with an area of more than 300 sq.m has numerous innovative resources for research,” said the head of the university.

The author of the project is the director of the Research Center of Medicinal Plants, Professor Zhanar Zhenis. According to professor, while studying the properties of medicinal plants growing in the country, the idea of developing biologically active additives was born. "Currently, anti-viral dietary supplements, dietary supplements, dietary supplements for maintaining women's health and supplements for liver are produced at our workshop. In addition, we produce herbal teas that help to raise immunity, diabetes, blood pressure, as well as to improve the functioning of the gastrointestinal system. Undergraduates and doctoral students of KazNU work in the production. University students also practice here and improve their knowledge," project manager Zhanar Zhenis says.