THE PERSPECTIVE OF STRENGTHENING COOPERATION WITH KAZAN FEDERAL UNIVERSITY WAS DISCUSSED 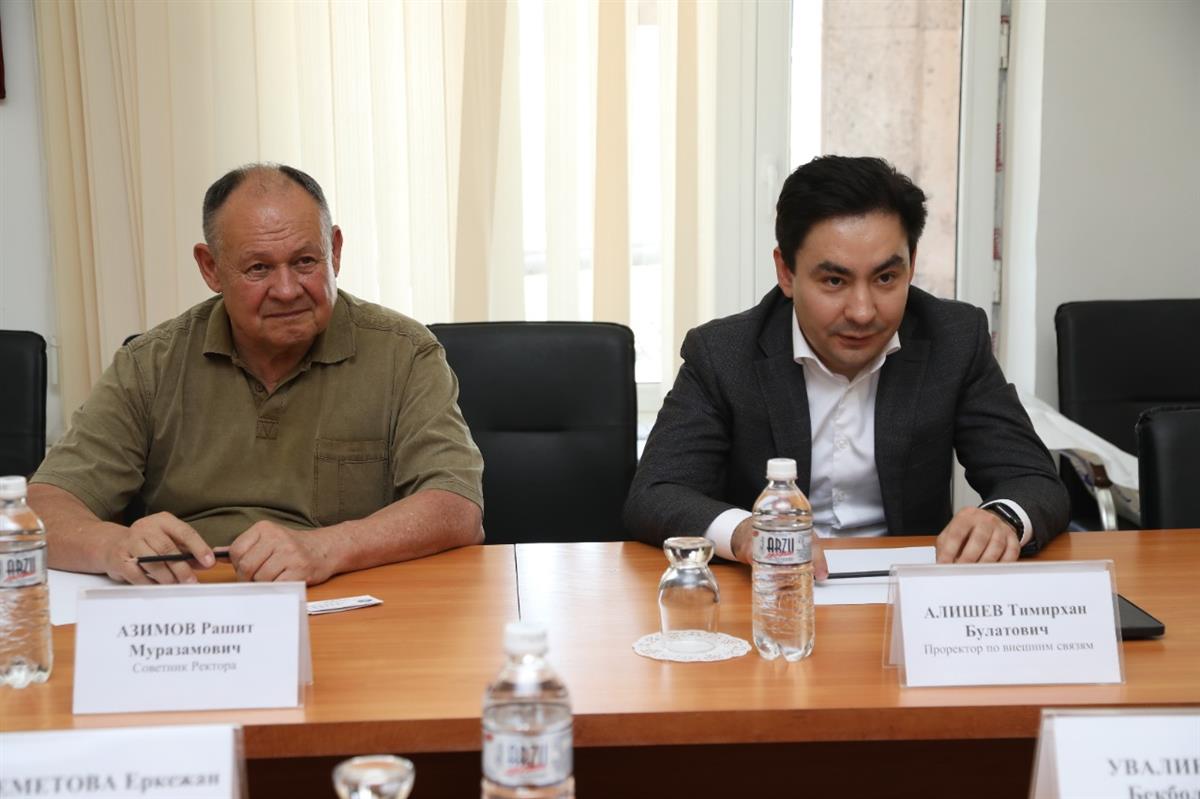 At the meeting held within the framework of the working visit, issues of mutually beneficial cooperation of universities were discussed. The delegation was headed by the Vice-rector for External Relations of Kazan Federal University Timirkhan Alishev. Al-Farabi Kazakh National University was represented at the meeting by Vice-Rector for Operations Assel Uvalieva.

The vice-rector briefly told about the activities and achievements of KazNU. "Currently, the university is a leading multidisciplinary institution, which ranks 150th in the QS ranking. It has official representative offices in Turkey and the Kyrgyz Republic. The university has been a Global hub of the UN Academic Impact Program on Sustainability for the fifth term. Focusing on the scientific and educational cooperation of KazNU with Russian universities in various fields, over 190 cooperation agreements have been signed with leading universities of the Russian Federation, within which various educational programs and scientific and innovative projects are successfully implemented. Within the framework of the CIS Network University, KazNU implements master's degree programs of double-degree education together with a number of the strongest higher educational institutions in Russia. Taking into account the close cooperation with the leading universities of the Russian Federation, Al-Farabi Kazakh National University hopes for further strengthening of cooperation and joint training of specialists in the field of engineering sciences and technology, medicine, social sciences and humanities," Vice–Rector for Operations stated.

In response, Vice-Rector for External Relations of Kazan Federal University Timerkhan Alishev expressed great interest in strengthening ties between the two universities. "There are all conditions for this, scientific, technical, material base and extensive experience of prominent scientists of our countries," the guest of Honour stressed. It is important to note that Kazan Federal University is one of the oldest Russian universities, founded more than 200 years ago and the main educational center of the Republic of Tatarstan.

Within the framework of the meeting, promising areas of further cooperation were discussed such as: development of joint educational programs, double-degree education, academic exchange of students and internships, implementation of joint research projects in the areas of medicine and healthcare, law, history, radiophysics and IT technologies, business and management, etc.