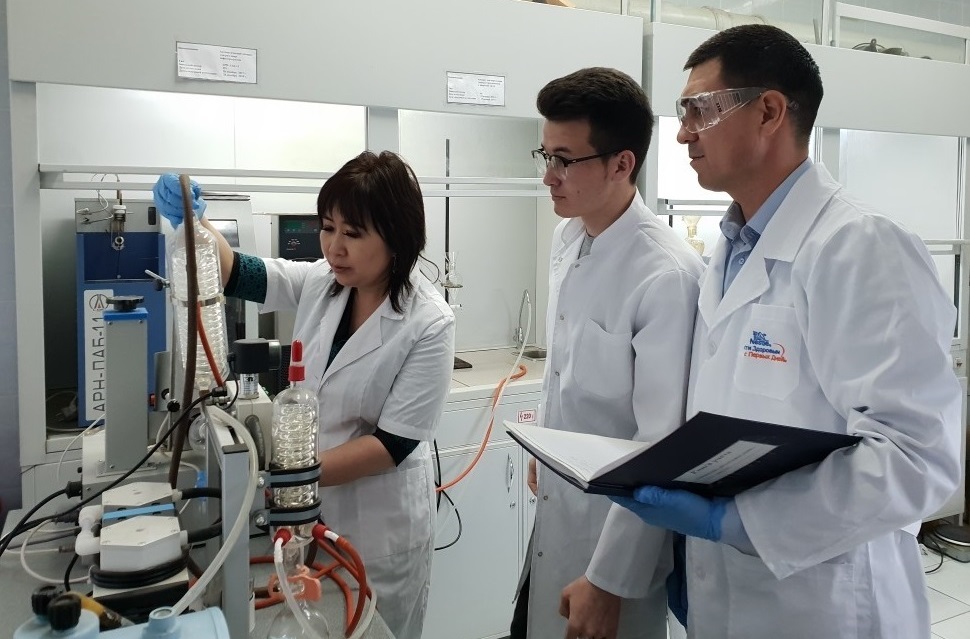 The researchers of Al-Farabi KazNU have developed an antiseptic, which can be used in medical practice and in prevention of coronavirus.

The scientists of the Research Institute «New Chemical Technologies and Materials» of Al-Farabi KazNU, in collaboration with Japanese colleagues from Saitama University, have developed technology for the production of new effective disinfectants and skin antiseptics. Preliminary tests in the country’s medical institutions have shown the effectiveness of the components developed, which have received positive feedbacks.

For example, in the course of the joint work, the skin antiseptic has been developed to treat the hands of surgeons and medical personnel, as well as the skin of the surgical and injection site. The effectiveness of antiseptics was confirmed by the report of the accredited laboratory of the M. Aikimbayev’s National Scientific Center of Especially Dangerous Infections.

Today scientists of KazNU have been also conducting research on the use of extracts of plants grown in Kazakhstan as the components of disinfectants and skin antiseptics. The partial replacement of chemical components by plant extracts allows producing a new, effective and user-friendly preparation.