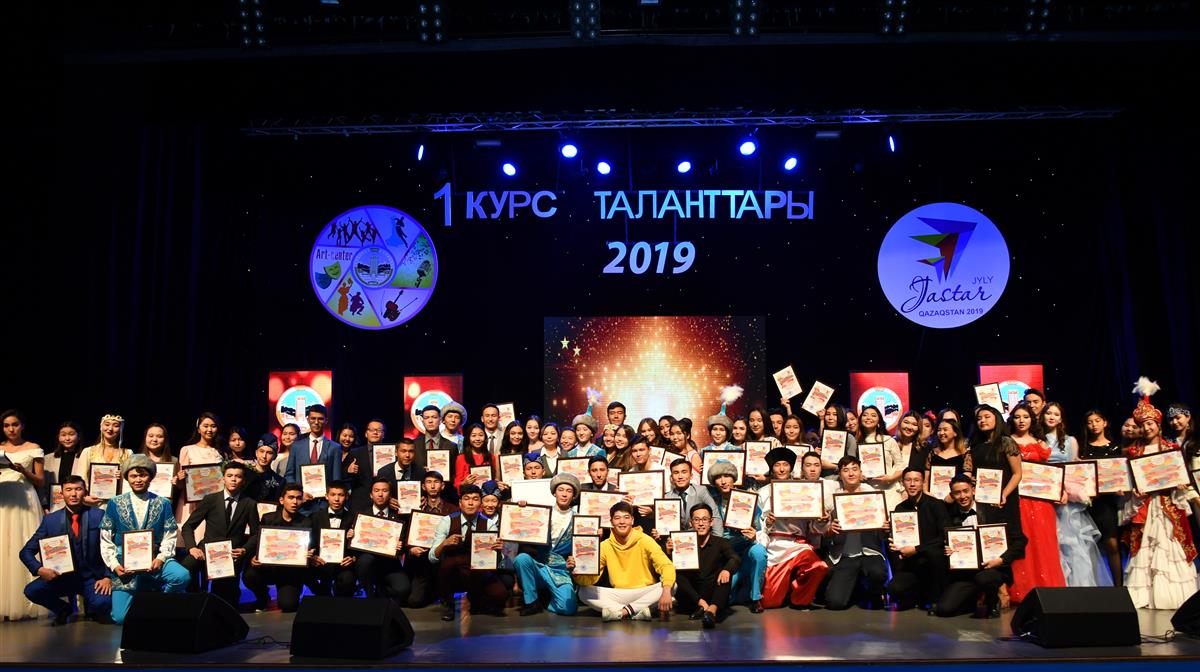 The annual traditional competition of amateur performances «1st Year Talents» was held at the U.A. Zholdasbekov Students’ Palace. More than 3,000 thousand applications from first-year students have been submitted for participation in the competition.

Each of them went through a difficult qualifying round in the nominations - pop, classical and traditional singing, folk and modern dance, young poets, playing the dombra and kobyz, piano and guitar, acting, and the host.

As the organizers noted, there were many talented contestants this year, and choosing the best from them was not an easy task. However, in the following rounds, the most gifted students scored a large number of points and as a result, the best 102 participants were selected.

The traditional competition was held in three stages: «The Traditional Part», «The Classical Part», and «The Modern Part». During the contest, the winners in the nomination «Best Host» had the opportunity to act as presenters and announcer of concert numbers. In the last round, a colorful Gala Concert was presented with the participation of all the winning contestants. The audience saw a virtuoso instrument playing, original and fiery dance numbers, which were easily performed by the winners. During the Gala Concert, a first-year student of the Mechanics and Mathematics Faculty of KazNU, Syrym Omarov, distinguished himself with a wide range and a beautiful timbre of voice in the nomination «Erekshe Dauys».

According to the participants themselves, the amateur art contest is always interesting in that it gives the opportunity to show and reveal the talent of each student. It helps to get rid of complexes and motivates to win.

All winners of amateur talents «1st Year Talents» were awarded with diplomas, and twenty-one owners of the Grand Prix were also encouraged with special prizes. In conclusion, first-year students expressed great gratitude to the University leadership for the opportunity to study at the best modern University, to improve themselves and to create.