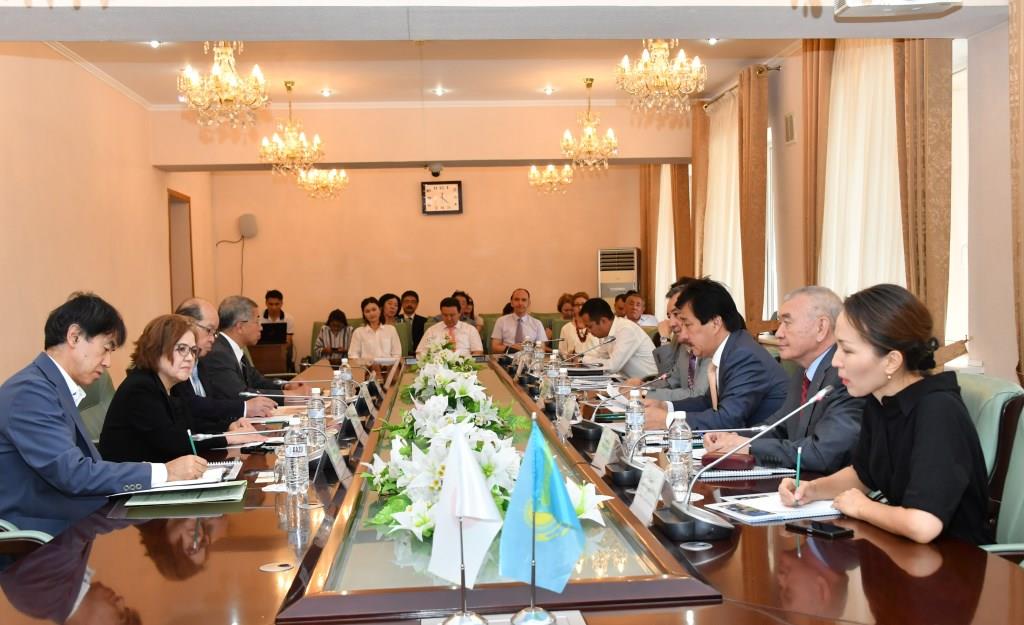 Al-Farabi KazNU and the University of Tsukuba (Japan) are expanding cooperation in the framework of the «Campus in Campus» project. Such an agreement was reached during the meeting of KazNU’s Rector, Academician Galym Mutanov with a delegation from a Japanese University headed by Vice President Caroline Benton.

Welcoming the guests from the country of the Rising Sun, Rector of KazNU thanked them for the visit and in detail acquainted with the achievements, scientific, educational and innovative activities of the University. «Japan is an important strategic partner for Kazakhstan. Every year cooperation in the field of science and education is developing more actively. The Universities of two friendly countries interact in many directions. One of them is the «Campus in Campus» project, which opens up broad opportunities for partnership in joint research and educational activities», - said the Rector of KazNU.

During the meeting, the parties discussed a plan for further collaboration between the two Universities. An agreement was reached on the joint implementation of research projects and the training of specialists in the double diploma program, including the expansion of the academic mobility of students and teachers.

In turn, the Head of the Japanese delegation and Vice President of Global Affairs, Carolina Benton, highlighted that KazNU is the most famous University in Kazakhstan with high rates in international rankings. «This is our third visit, we are interested in further development and deepening of our cooperation, there are all prerequisites and opportunities for this. We really liked the campus of KazNU, we visited faculties, met with teachers and scientists. The «Campus in Campus» project will allow us to more effectively interact and use the potential of our Universities», - said the guest from Japan.

At the end of the meeting, the parties expressed their intention to actively continue to work together, and Galym Mutanov invited colleagues from the University of Tsukuba to take part in the QS Worldwide Forum, which will be held in September this year at Al-Farabi KazNU. 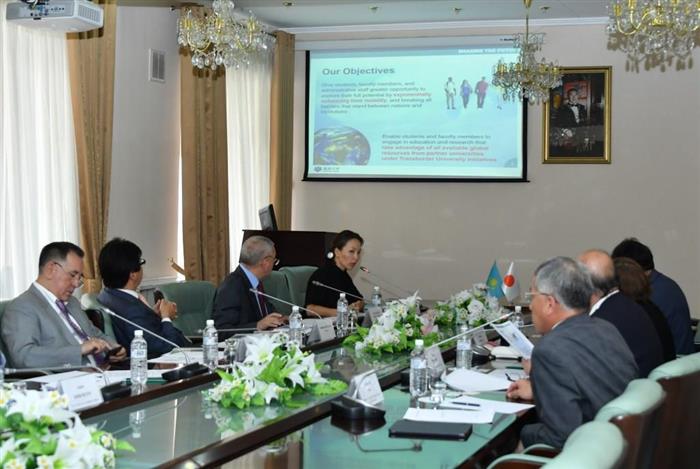 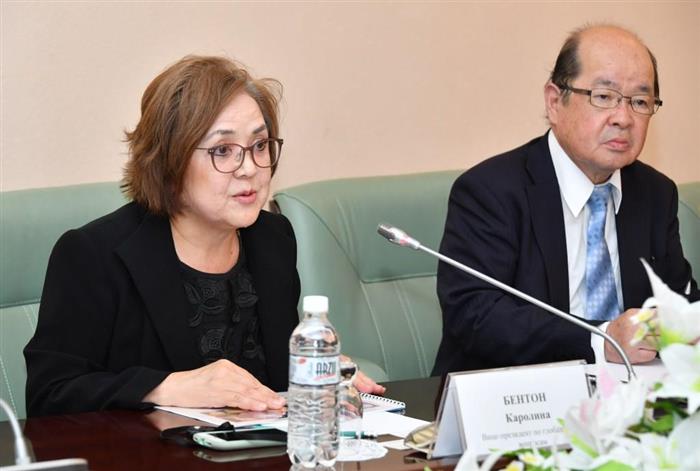 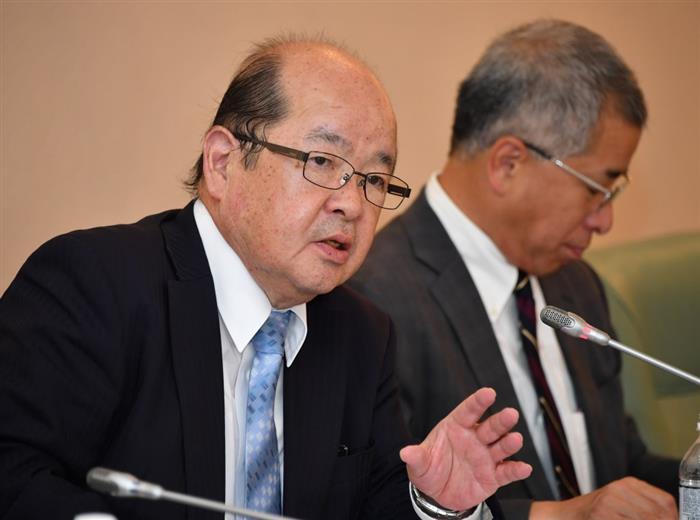 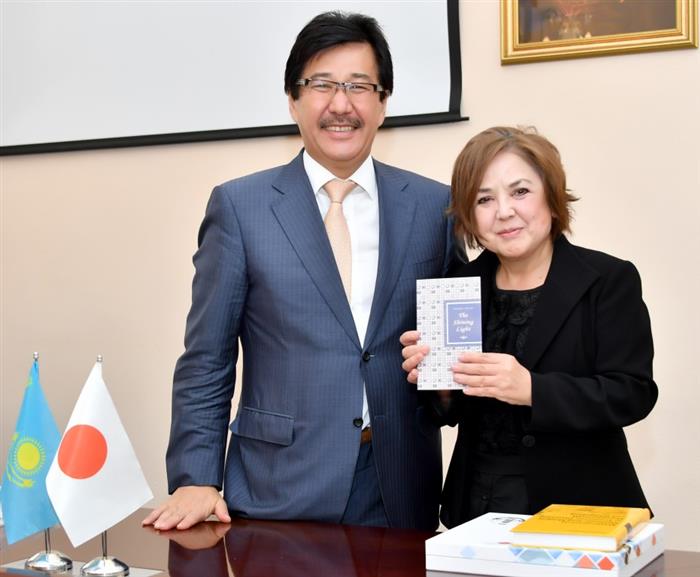