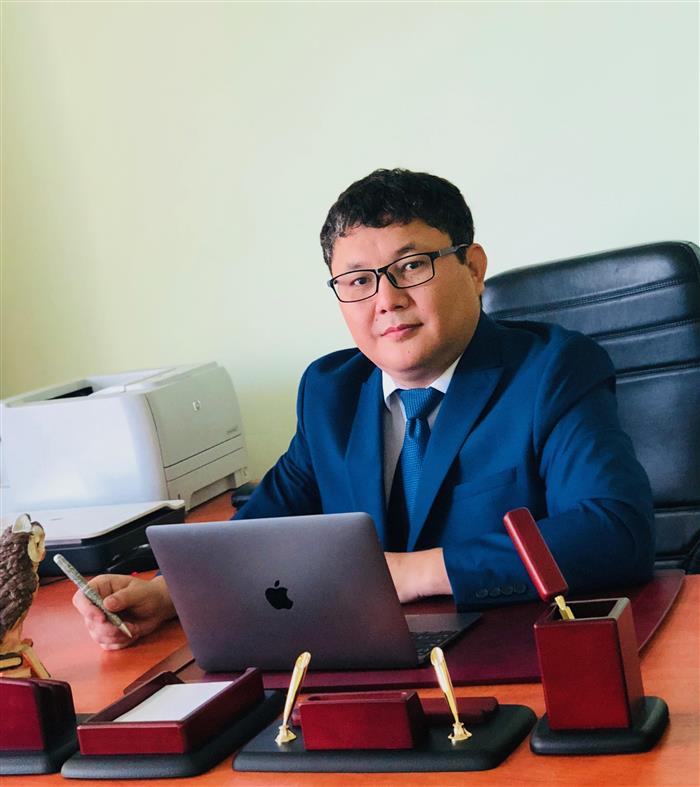 Director of the Center for Economic Research

Doctor of Economics, Professor, Corresponding Member of the Russian Academy of Natural Sciences

- is the author of over 180 scientific publications, including journals with nonzero impact factors, as well as those included in the Clarivate Analitics database, SciVerse Scopus, RINC

- holder of the international scholarship "Bolashak", he passed an internship at the Financial University under the Government of the Russian Federation, Moscow (October-December 2012)

- holder of the State Scientific Scholarship for Talented Young Scientists (2013)

- received the Order of LABORE ET SCIENTIA - LABOR AND KNOWLEDGE within the framework of the national program "The Golden Fund of Russian Science" and in accordance with the decision of the Commission for the Awards of the "European Scientific and Industrial Consortium" (www.euscience.info). He was also awarded the title of "Honorary Doctor of Sciences (DOCTOR OF SCIENCE, HONORIS CAUSA)" RAE (2014)

He passed a scientific internship in the USA, England, China, Israel, the Czech Republic