Training hall of the court session and mediation 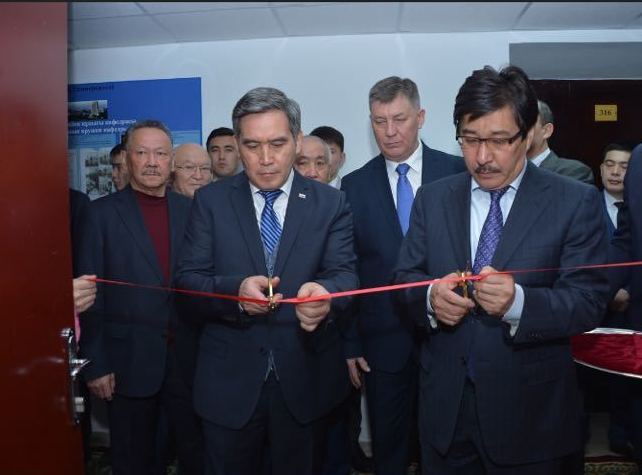 February 5, 2018 at 12.00 hours at the Faculty of Law of KazNU. Al-Farabi ceremony of awarding the name of the ex-Chairman of the Almaty City Court, laureate of the Prize of the Academy of Legal Sciences of the Republic of Kazakhstan them. B.Syrtanova Yeshtay Azhan Zhailauhanyulyy auditorium 315 - "Training hall of the court session and mediation."

In December 2013, Azhan Zhailauhanyuly was appointed chairman of the Almaty City Court, where he worked until May 14, 2017. Akzhan Zhailaukhanovich's total court experience is more than 30 years. Azhan Zhaylauhanly died at the age of 56 years.

Azhan Zhailauhanyuly is an example of serving the Motherland, who loves his profession. Despite his tremendous employment in basic work, he found time to lecture at leading universities in the country, and actively participated in raising the level of education of students of law.

Aizhan Yashtai is the initiator of "Training hall of the court session and mediation" in 2017 on the basis of the law faculty of the al-Farabi Kazakh National University, thanks to which, nowadays, this audience is equipped with the necessary equipment for conducting of judicial proceedings on civil cases. During the training session, students become participants in civil proceedings, consolidate their theoretical legal knowledge, working with procedural documentation, studying the features of various stages of the civil process, considering and learning to resolve certain categories of civil cases, acquiring the skills of judicial rhetoric, forming the skills to represent the interests of the parties in court, etc.

In connection with the invaluable contribution to the development of legal education and upbringing of student youth, the staff of the Law Faculty of al-Farabi KazNU  introduced a proposal to assign the name of Azhan Zhailauhanliuly to educational hall of the court session and mediation, located in the auditorium 315. This initiative was supported by the leadership of the university and the Almaty City court.

In this event, the rector of the KazNU. al-Farabi academician Mutanov GM, Chairman of the Almaty City Court Abdikanov NA members of the family Yeshtai A.Zh., the administration of the law faculty, law enforcement and executive bodies, faculty, students, undergraduates and doctoral students PhD.

Department of Theory and History of State and Law, Constitutional and Administrative Law