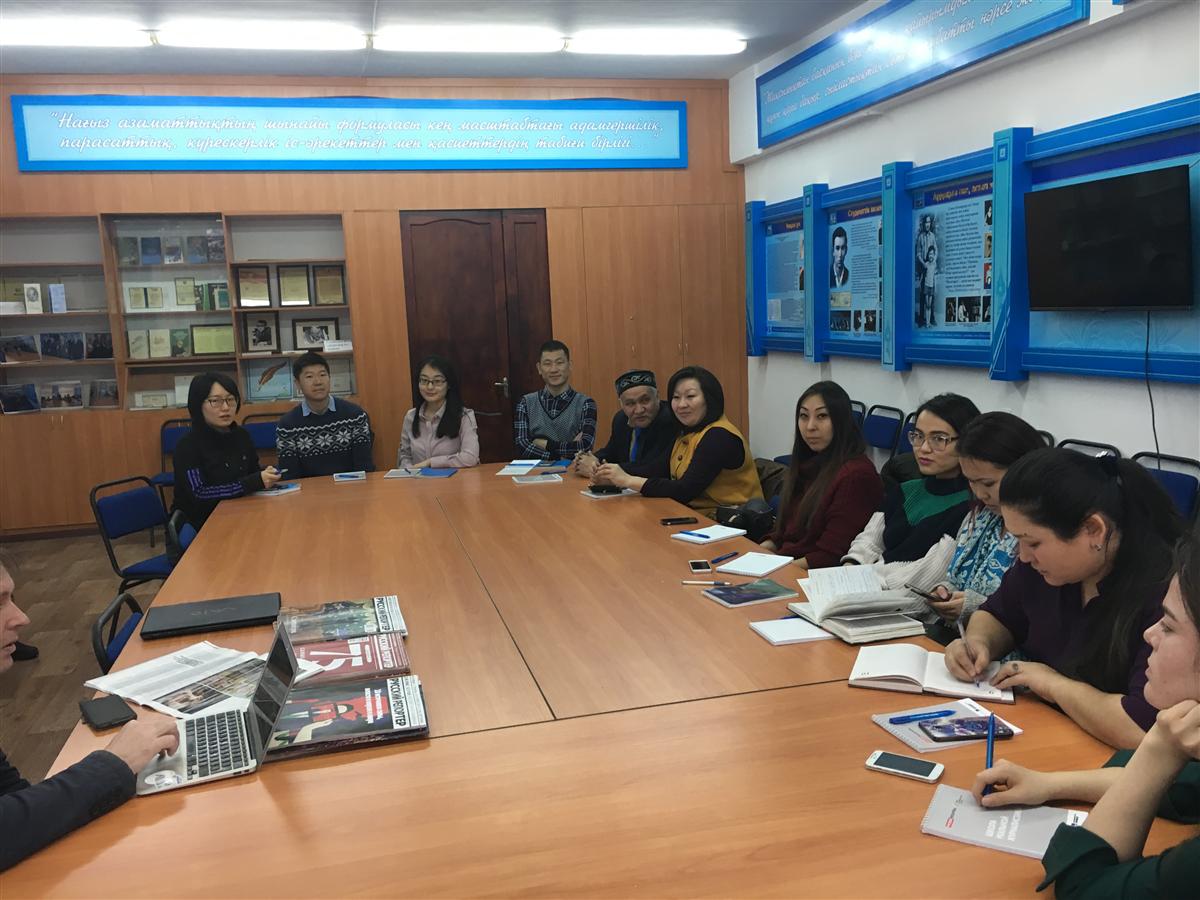 «The Real Journal of Journalism»

In the KazNU. al-Farabi on the site of the Center "Russian Language and Culture" on February 15-17, 2018 a large-scale project "School of Real Journalism", organized under the auspices of the magazine "Russian and the Reporter" and the "Russkiy Mir" Foundation, aimed at improving the professional skills of young people Russian-speaking journalists. The event was held at the Faculty of Philology and World and Faculty and Journalism.

The project is being implemented with funds from the Presidential Grants Fund of the Russian Federation, in partnership with the Russkiy Mir Foundation, Rossotrudnichestvo, the Union of Russian Journalists, IA ITAR-TASS, and the Komsomolskaya Pravda Publishing House.

The goal of the project "Creating stories: from idea to technology" was to raise the professional level of Russian-speaking journalists. Both experienced and young, beginning specialists took part in the work, where they were trained to create stories in text and visual format. Journalists of Kazakhstan received an excellent opportunity to gain new knowledge, as well as share their experience. 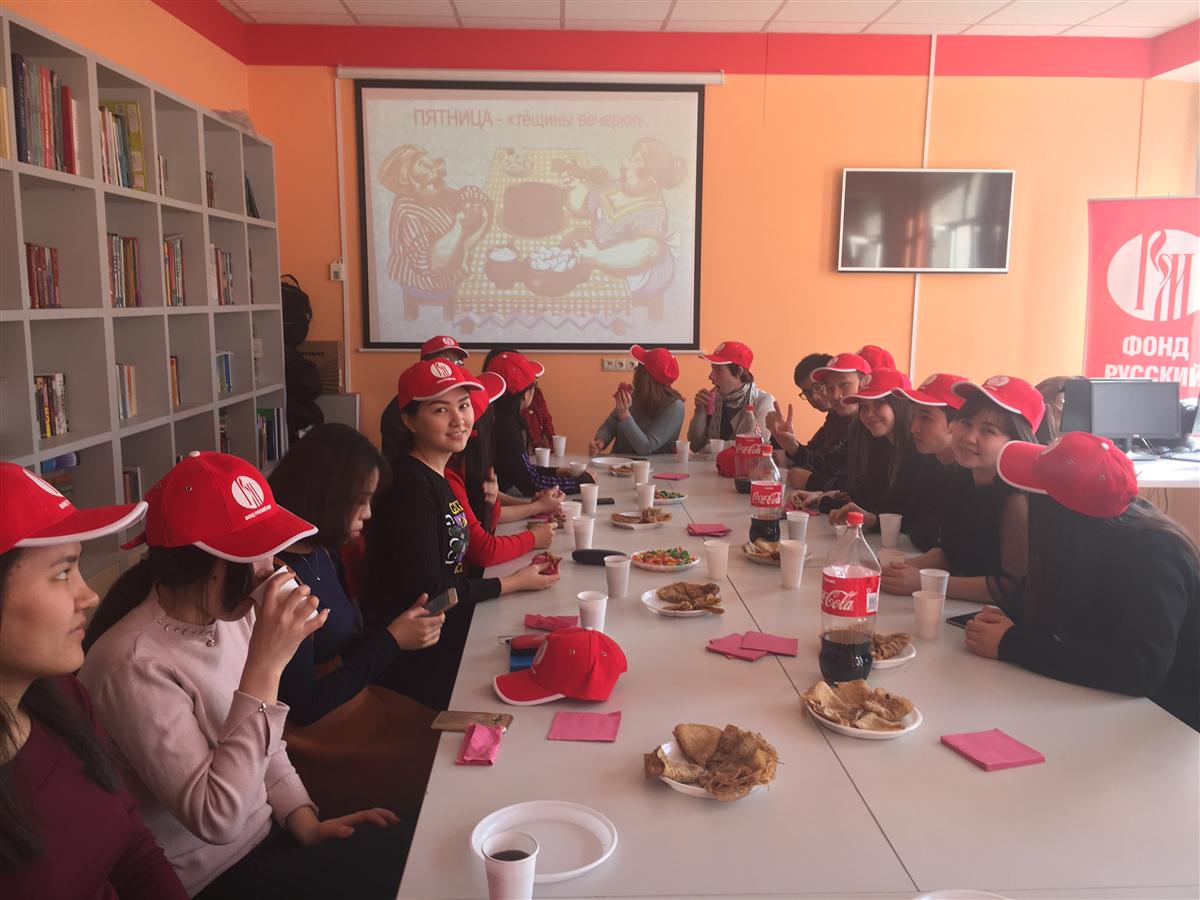 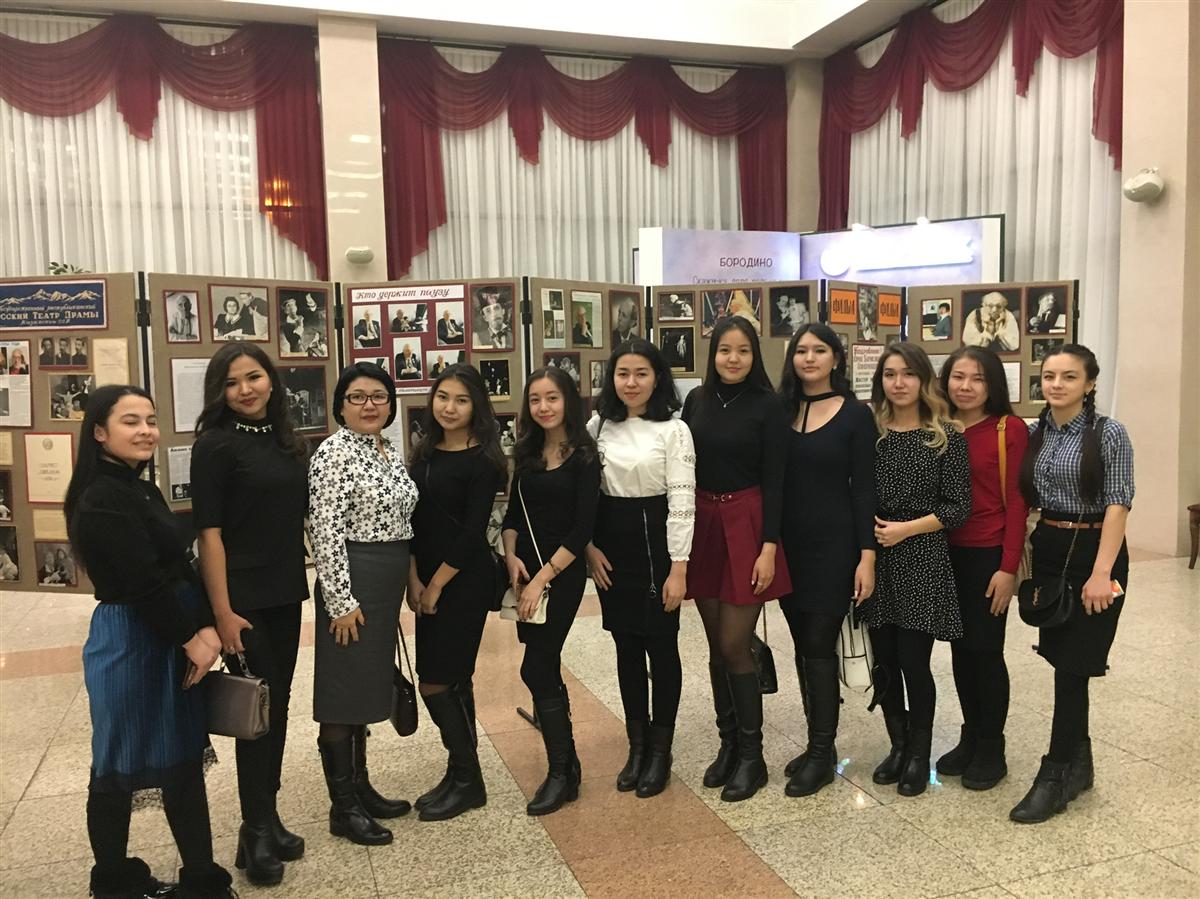 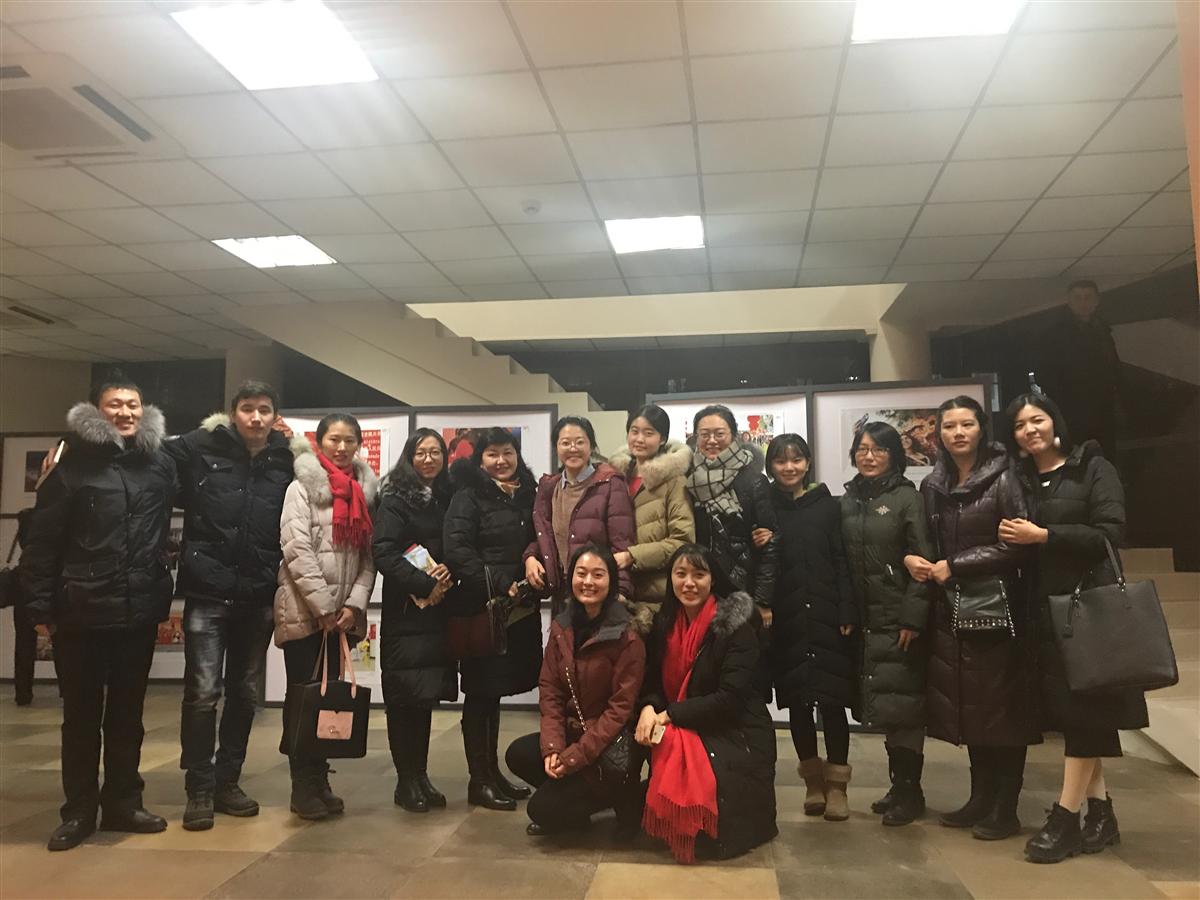 The paper presents the contemporary perception of a woman politician in the political arena of modern Russia. The leading trends in the actual reflection of the status of women are reflected on February 2, 2018, the head of the Center "Russian Language and Culture" Umatova Zh.M. together with Chinese students KazNU. Al-Farabi visited the Great Concert Hall of the Kazakh National Conservatory named after Kurmangazy where the Great Holiday Concert "National Treasures" of the National Instruments Orchestra of the National Opera, Dance and Drama Theater of China was held. 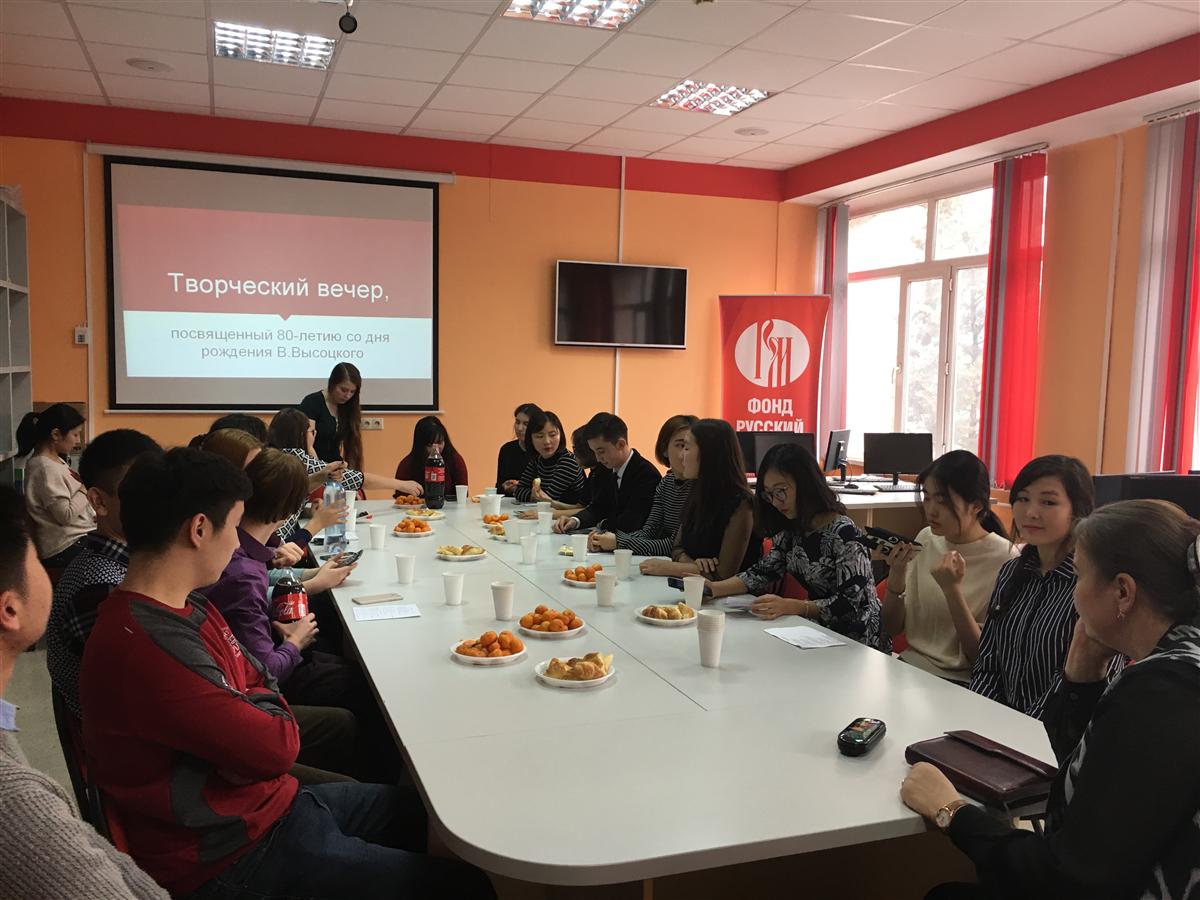 «The poet and the time»

The Center for Russian Language and Culture at the KazNU. Al-Farabi January 20, 2018 was a creative evening in memory of the famous Soviet poet, musician and actor Vladimir Vysotsky «Poet and Time», timed to the 80th anniversary of his birth.

At the evening, the poet heard 24 poems on various subjects: love, war, ballads, among which «He did not return from battle», «Paradise apples», «Penal Battalions»; «White Silence», «Ballad of Love» and others.

As honorary guests, the Deputy Head of the Rossotrudnichestvo Representative Office in the Republic of Kazakhstan (Almaty), the Consul of the Consulate General of the Russian Federation in the Republic of Kazakhstan Pereverzeva Irina Vladimirovna and Candidate of Philology, assistant professor, famous translator and journalist Zhanabayev Kairat Edilbaevich were invited. 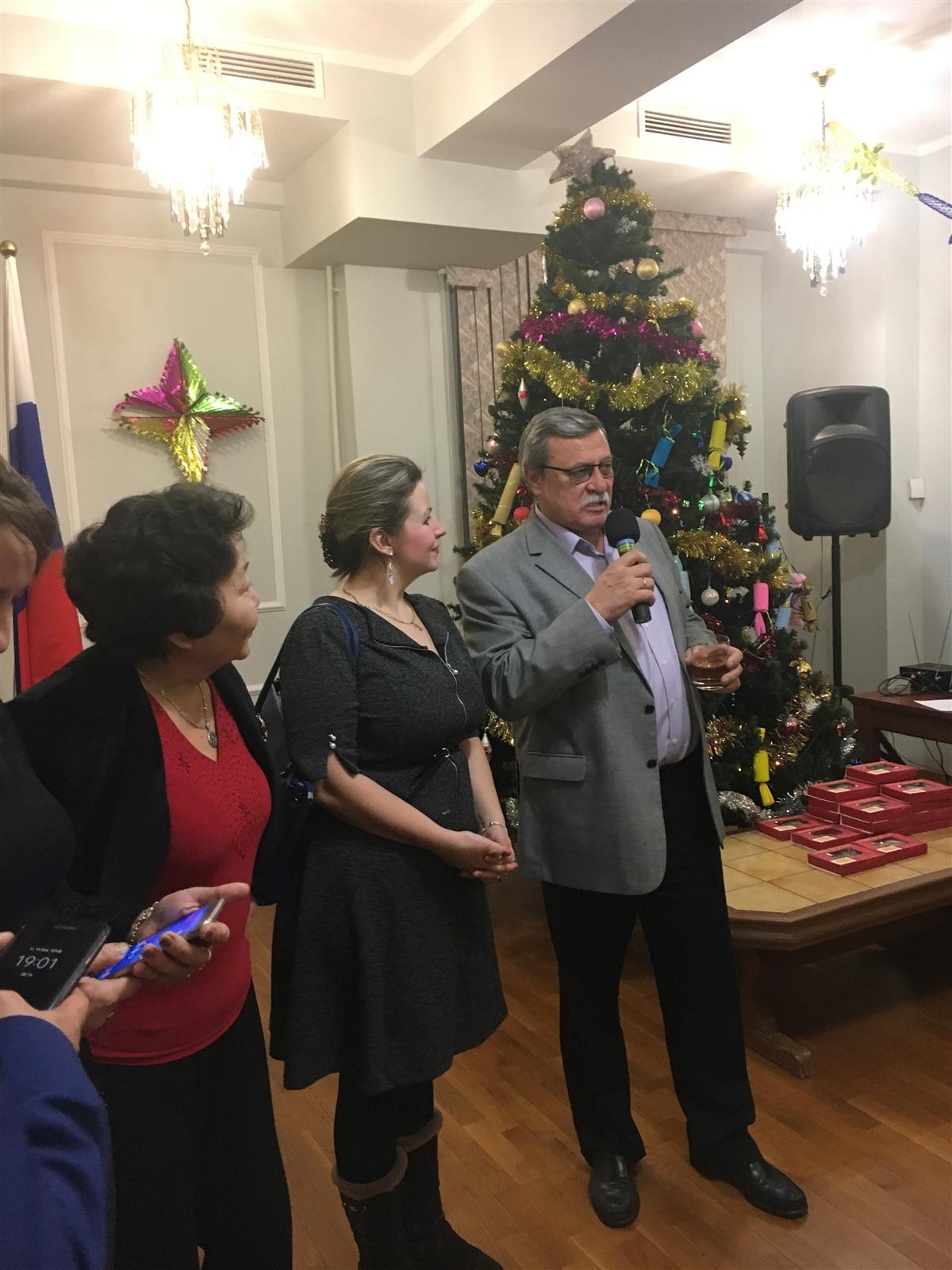 On November 18, 2018, the traditional annual meeting "At the fireplace" was held, organized by the General Consulate of the Russian Federation in Almaty.

The students of the Kazakh-Russian school-gymnasium No. 54 named after Hero of the Soviet Union Major-General Ivan Vasilyevich Panfilov performed at the event with a festive concert.The most active participants in the matter of disseminating and popularizing the Russian language and culture were given New Year gingerbread.

The General Consul of the Russian Federation in Almaty Demin Alexey Mikhailovich delivered a congratulatory speech. 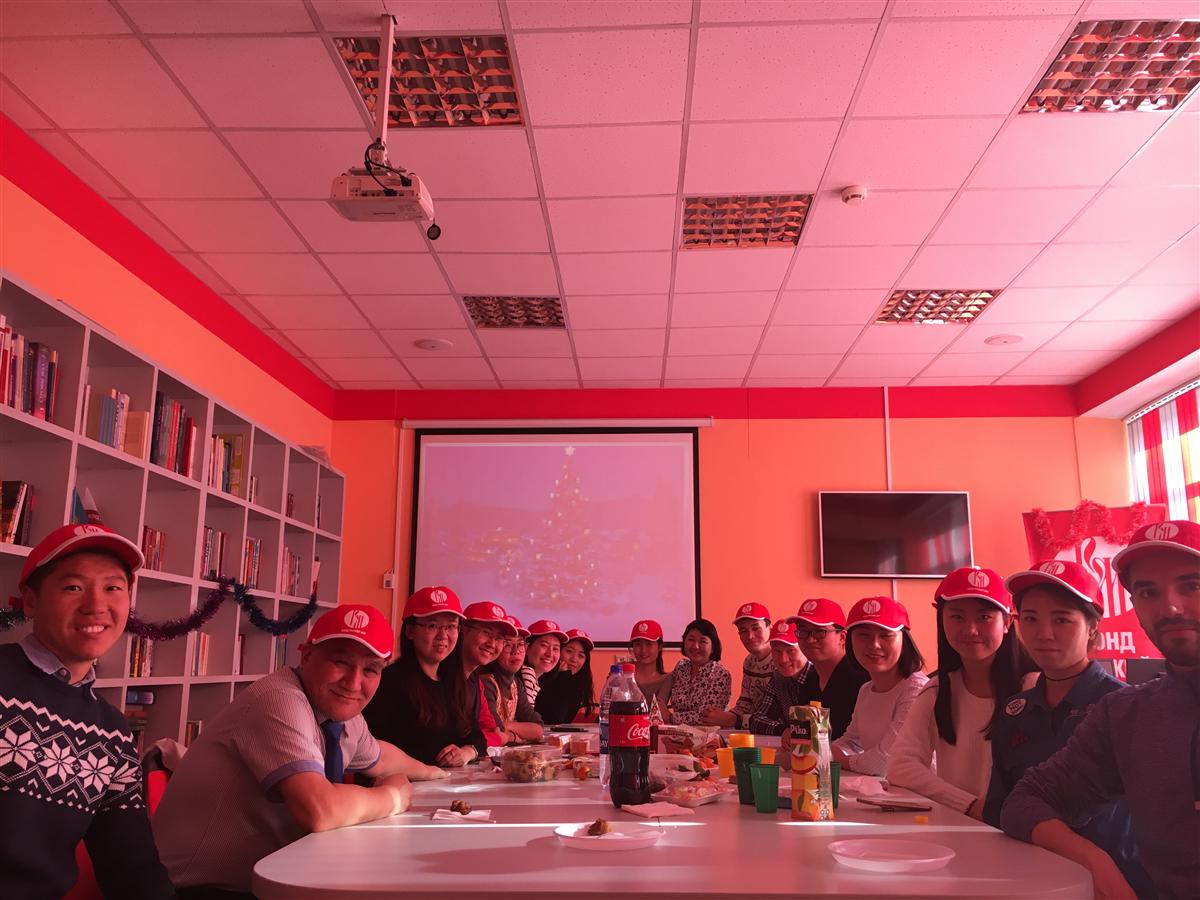 How in Russia celebrated the New Year 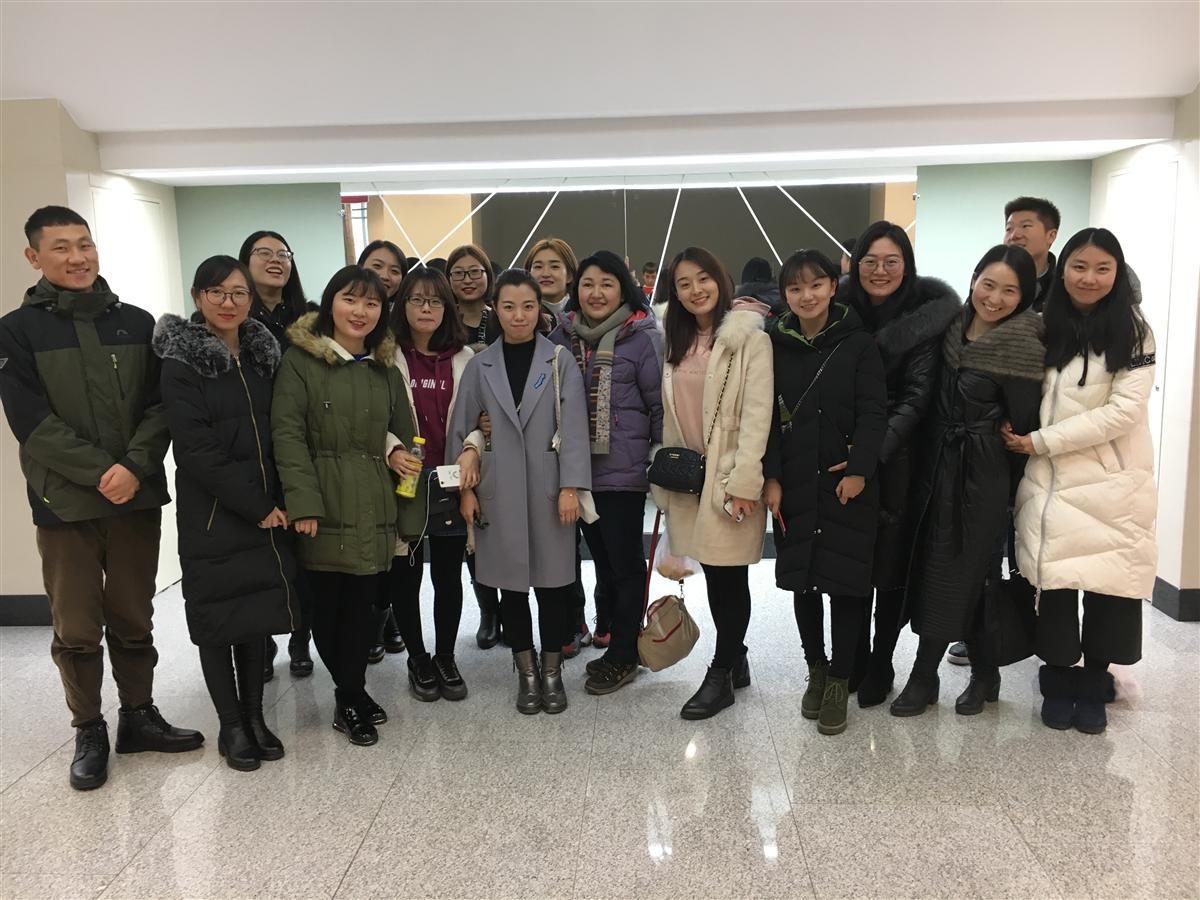 Magic performance on ice (Russia) "Alice in the Looking Glass" 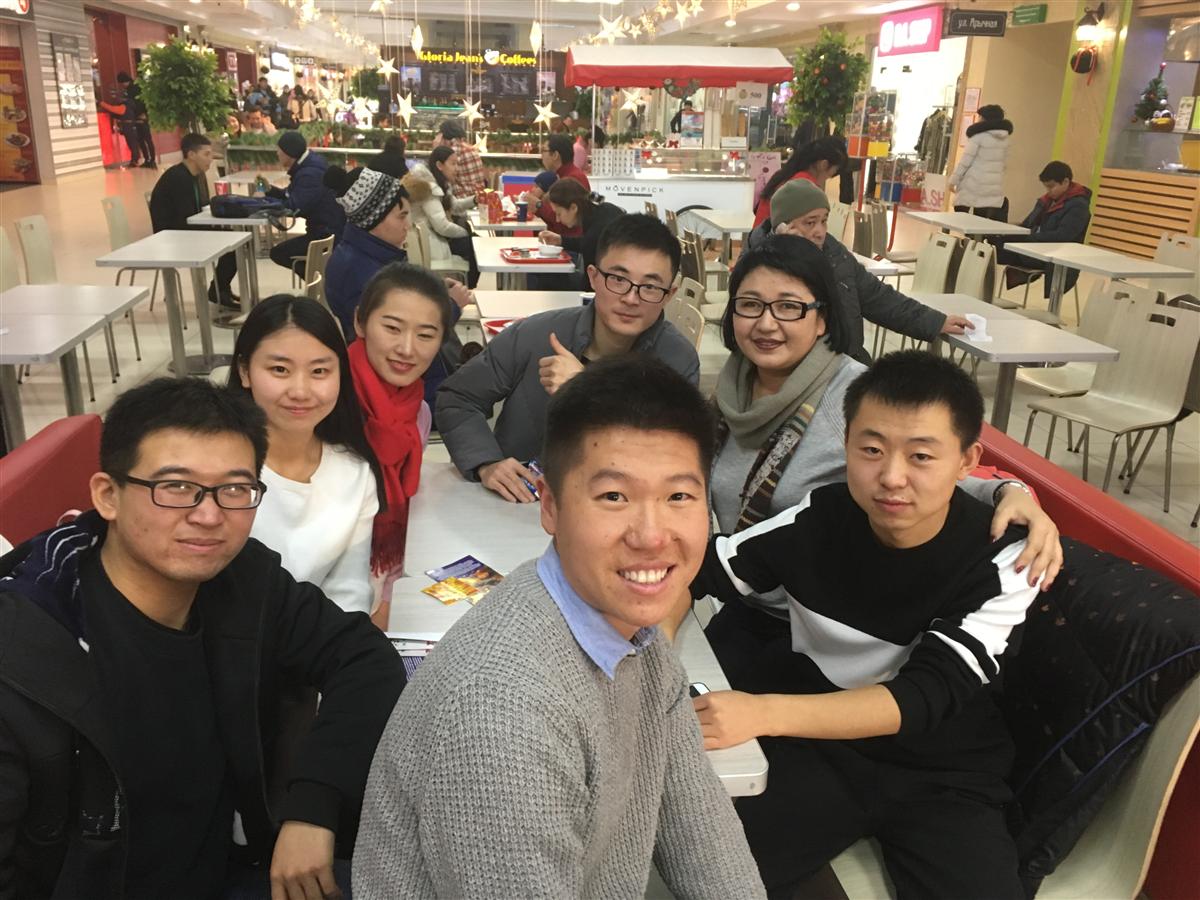 Viewing the animated film "The Secret of Coco" 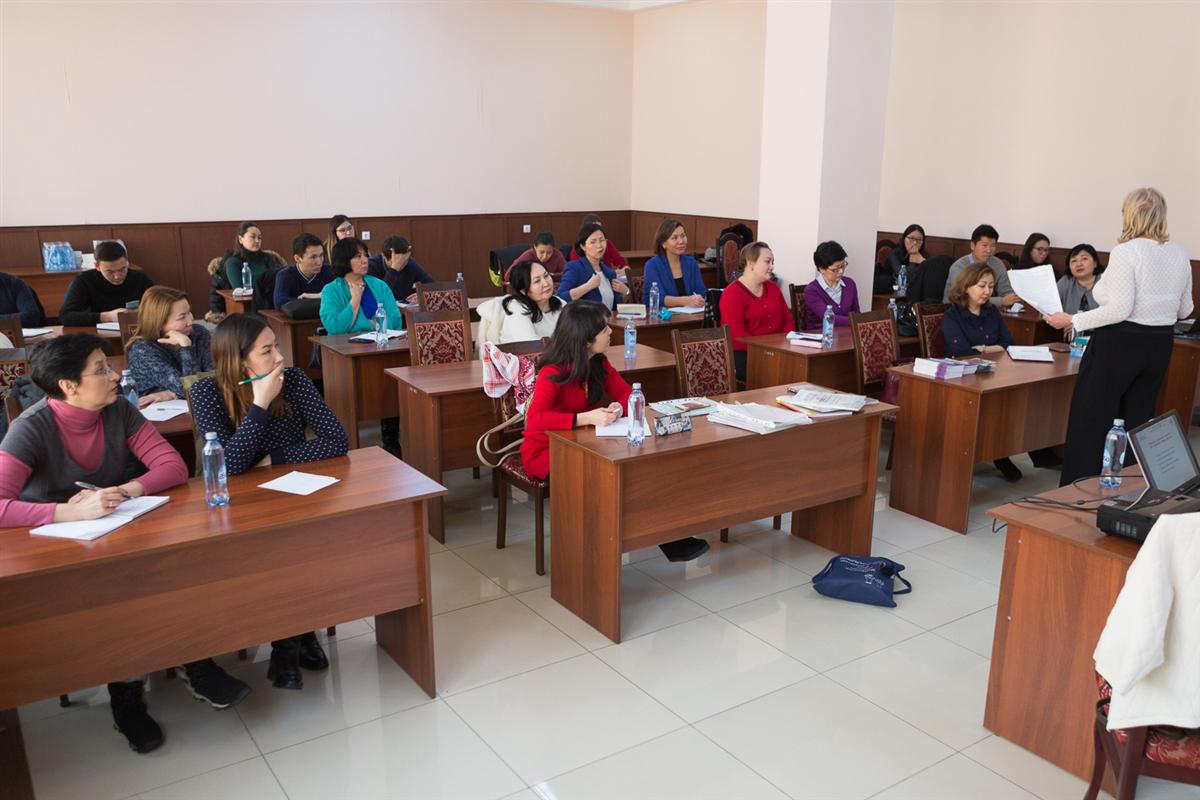