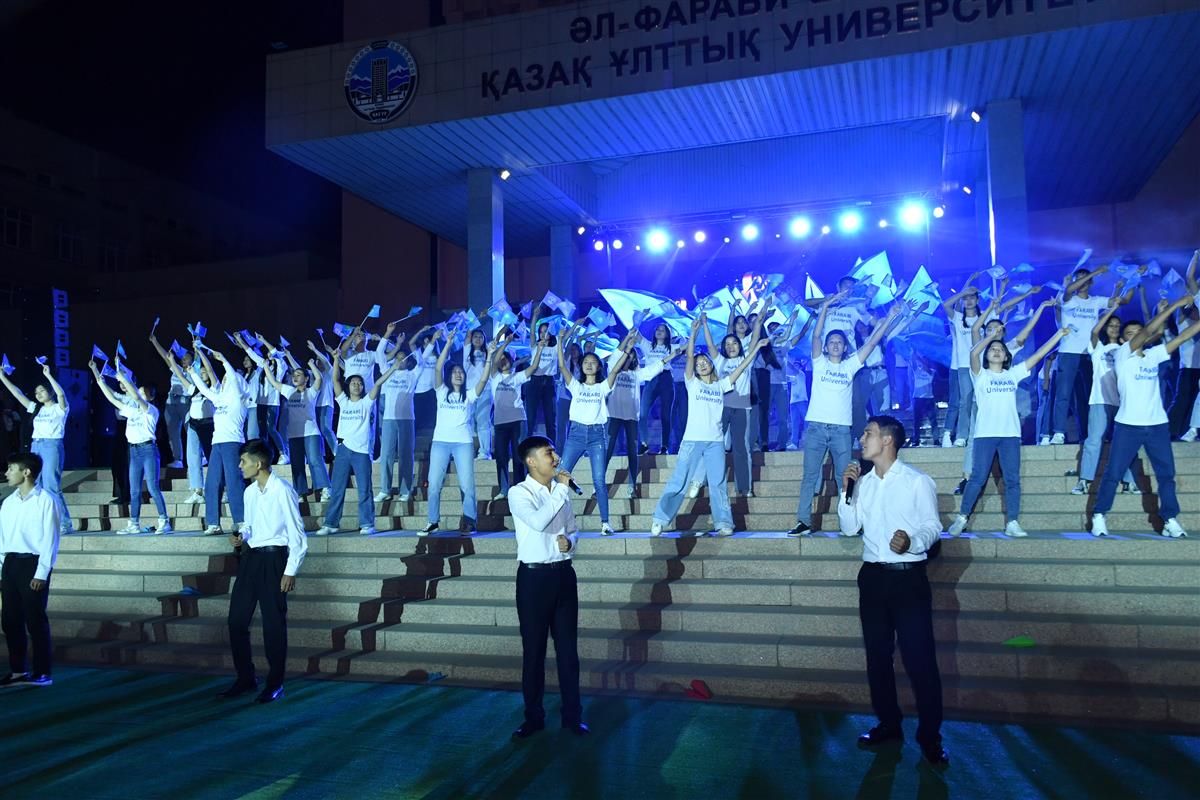 The traditional and beloved holiday Student Initiation ceremony started with a parade of freshmen. Five thousand people gathered and sang the national anthem in a live performance.

The Chairman of the Board – Rector of Al-Farabi Kazakh National University Zhanseit Tuimebayev addressed the first-year students and guests with a welcoming speech. Congratulating the youth on one of the most significant days of their lives, the head of the university emphasized the achievements of the country's leading university. The main news of this year is that KazNU has been granted the status of a research university by a Government decree. President of the Republic of Kazakhstan Kassym-Jomart Tokayev visited the university for the first time this year and met with teaching staff and students. This year, Al-Farabi Kazakh National University has risen to the 150th place in the QS WUR world ranking. With the support of the Head of State, KazNU branches were opened this year in Istanbul and in Bishkek. Recently, the KazNU hosted the opening of a branch of the National Research Nuclear University "MEPhI" of the National Research Nuclear University.

This year, the format of the student ceremony was different from the traditional handling over the keys and was held using the latest technologies by scanning the first-year student's personal QR code. The event continued with a concert program, many famous Kazakh pop stars were invited such as: ethno-rock band "Ulytau", famous singer Gulnur Orazymbetova, MALIKA YES, the group "Melomen" and others.

Talented and creative artists of KazNU have also performed during the celebration. So, students of chemical and biological faculties arranged a bright presentation of scientific discoveries of university scientists. The audience met with stormy applause and the composition "Sports achievements of KazNU students" and the song "Champion", while the university athletes – winners of international and national competitions were awarded cups. The girls' quartet performed the song “Kazakhs and Kyrgyz are related nations!”.

"Farabi Girls" and RAIM shone on the stage, breaking a flurry of applause from grateful spectators. The Committee of Youth Organizations has prepared a colorful flash mob. The student initiation celebration ended with a fantastic laser show and a party.