THE I INTERNATIONAL FARABI FORUM STARTED 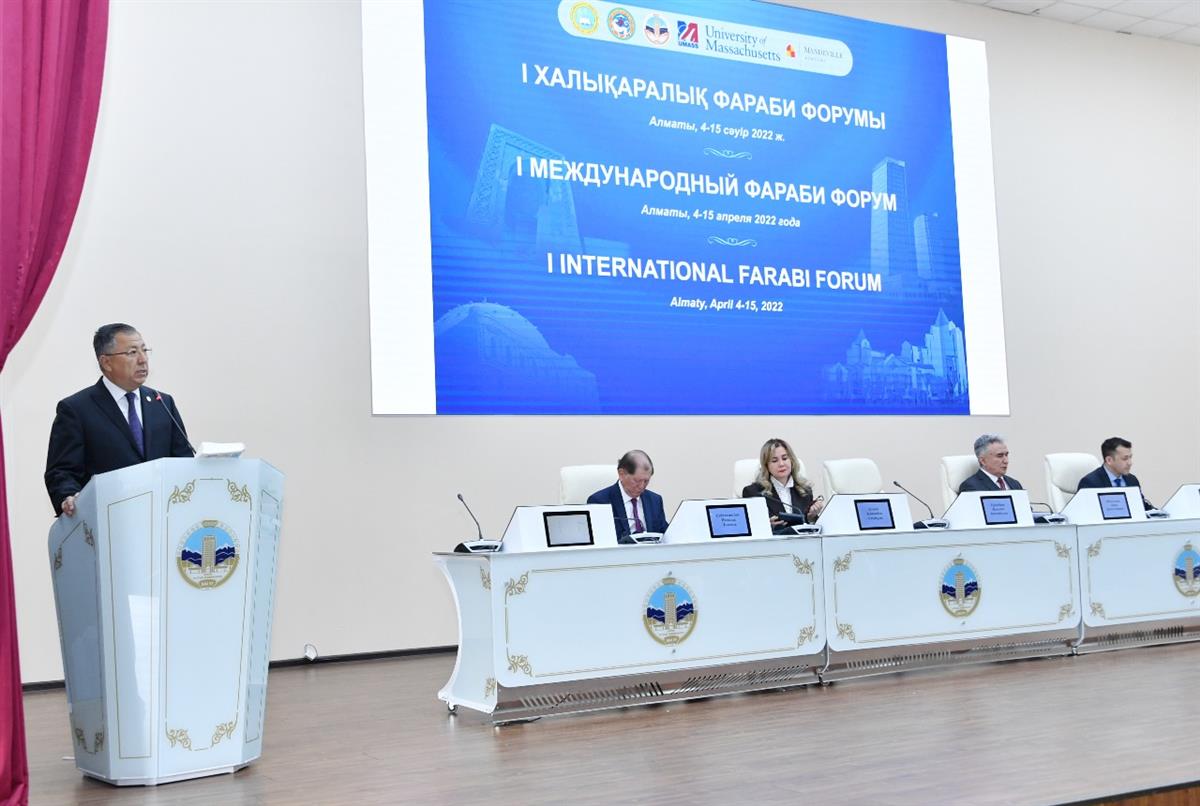 The opening of the I International Farabi Forum took place at Al-Farabi Kazakh National University.

The large-scale event began with the laying of flowers at the monument to the great teacher. The ceremony was attended by: Chairman of the Board - Rector of Al-Farabi KazNU Zhanseit Tuymebayev, Consul General of the Republic of Uzbekistan in Almaty Abror Fatkhullayev, well-known scientists - Farabi scholars, representatives of ethnocultural centers. 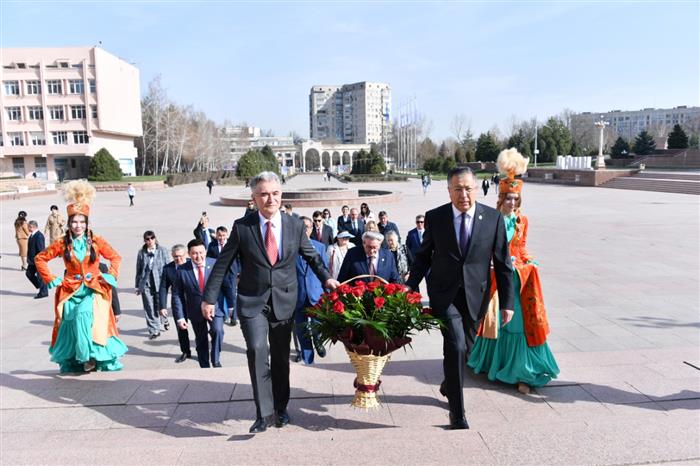 Then the participants visited the exhibition of books of Kazakhstani farabi scholars in the Al-Farabi library, got acquainted with the exposition of the art exhibition “Traditional Values of the Turkic Peoples”. A specially prepared documentary film "Orkeniet shyrakshysy" added valuable information about the great teacher. 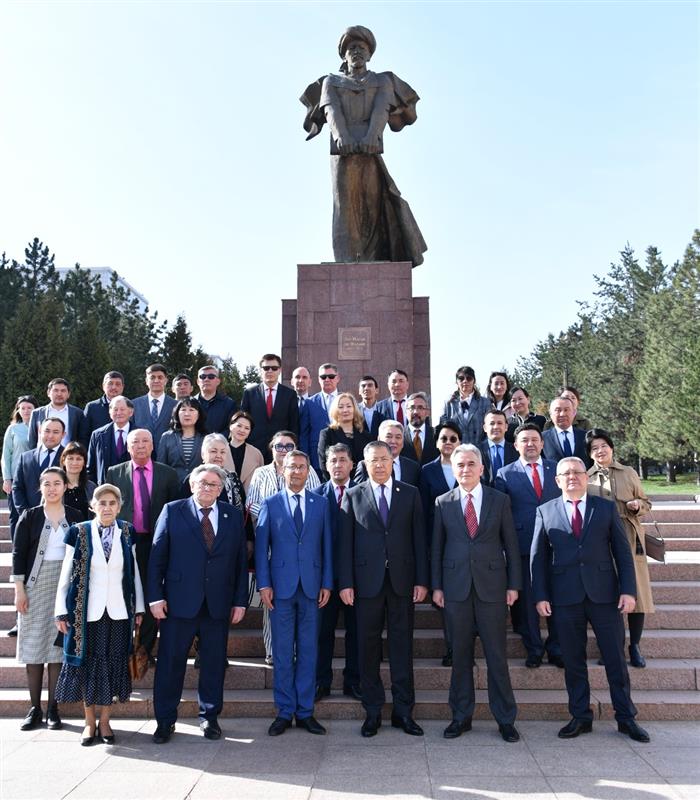 The head of the university, Zhanseit Tuymebayev, addressed the participants with a welcoming speech, opening the I International Farabi Forum.

“The phenomenon of Al-Farabi is a truly unprecedented phenomenon. Al-Farabi is not only a great thinker, but also a planetary scientist who contributed to the spiritual growth of mankind. The historical mission of today's forum is to expand the horizons of young people through the teachings of Farabi, the development of new areas of Farabian studies through the integration of historical and modern values, a comprehensive, sectoral discussion of the teachings of Farabi,” the rector noted. 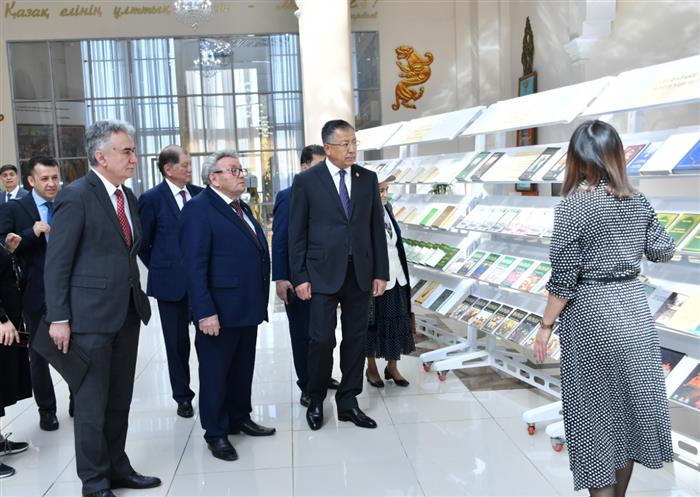 Consul General of the Republic of Uzbekistan in Almaty Abror Fatkhullayev also noted the universal significance of the invaluable rich heritage of the scientist.

“The great Al-Farabi at one time made a great contribution to all areas of science. The first of the medieval thinkers laid the foundation for the doctrine of the features of the structure of social life. He really was a man of the world, he combined various spiritual values.

The works of Al-Farabi had a direct impact on the worldview and science in Europe in the Middle Ages and the Renaissance. His teaching about peace, humanism and justice is especially relevant today, when the world is facing new challenges and threats,” the Consul General said and thanked the university administration for organizing a forum promoting the legacy of the great ancestor. 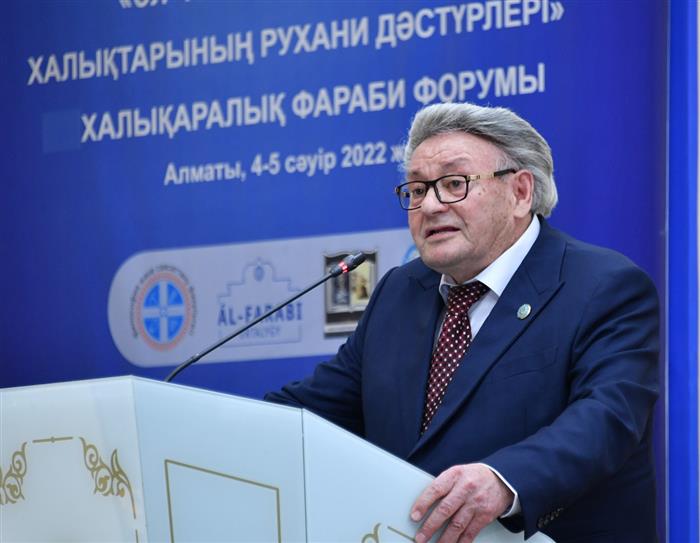 The following speakers also spoke at the opening of the forum: Professor of the Department of Philosophy of KazNU, scientific consultant of the Al-Farabi Center Zhakypbek Altaev, chief researcher of the Institute of Philosophy, Political Science and Religious Studies of the KN MES RK Natalya Seytakhmetova, public figure Asyly Osman, deputy chairman of the Almaty city branch of the NGO "Turkic Ethnocultural Center "Ahiska" Kazakhbai Kasymov, representative of the Turkmen public - the chairman of the cultural center Gulnara Annakulieva and other guests. 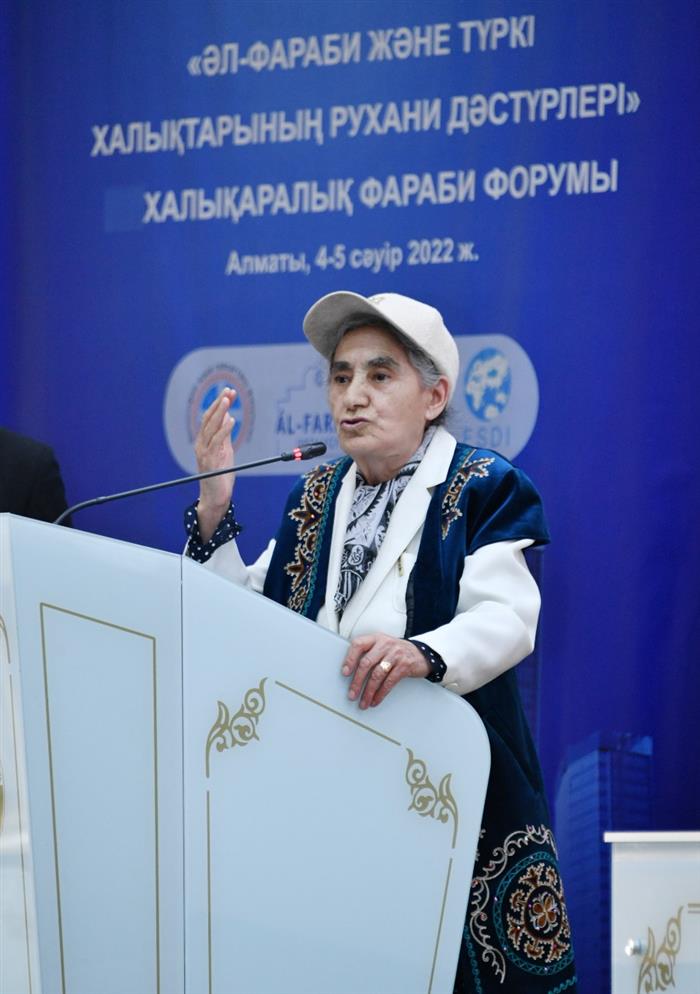 They discussed the main ideas of the socio-philosophical views reflected in the works of Al-Farabi, the importance of the spiritual traditions of the Turkic peoples in the development of Kazakhstani culture and their influence on the development trends of world philosophical thought and science.

The opening ceremony of the Farabi forum continued with the international conference "Al-Farabi and the spiritual traditions of the Turkic peoples", in which well-known domestic and foreign scientists, farabi scholars, teachers and students took part.

Within the framework of the forum, several scientific conferences, seminars and round tables are planned.