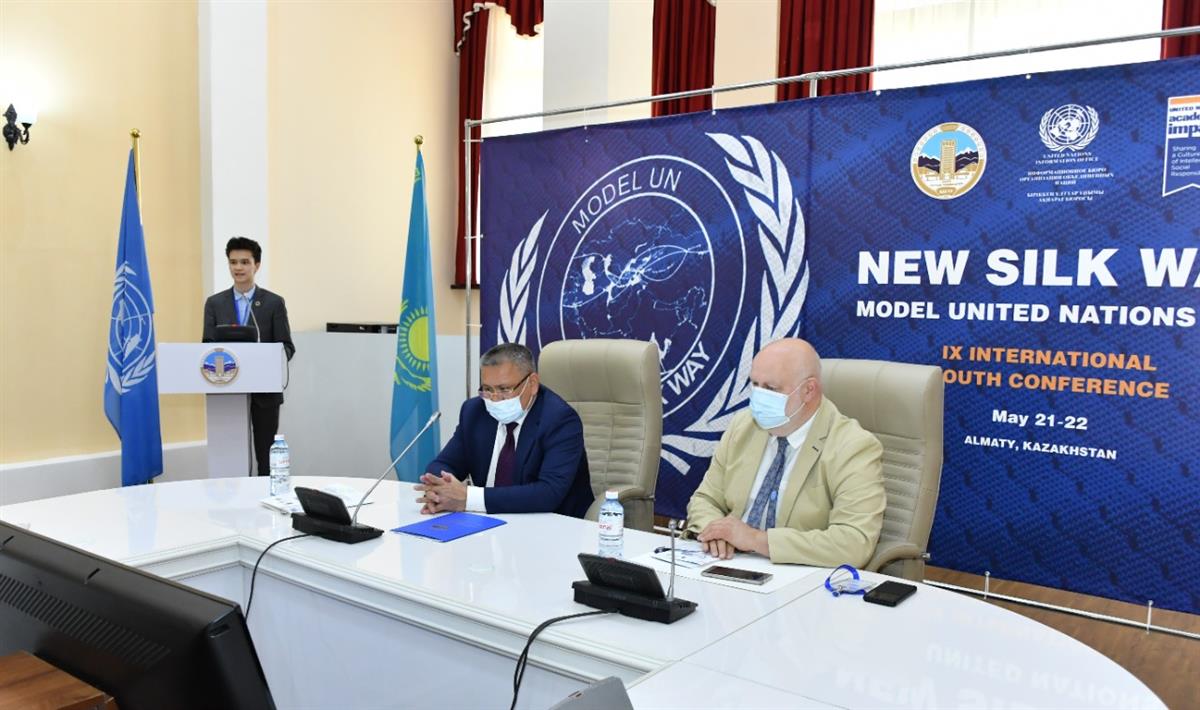 In the leading university of the country KazNU named after al-Farabi held an international conference "Model UN - New Silk Road" dedicated to the 30th anniversary of Kazakhstan's Independence and the World Day for Cultural Diversity. The organizer of a large-scale event on the theme "National Initiatives to Achieve Sustainable Development Goals" was KazNU with the support of the UN Information Bureau and the representative office of the Ministry of Foreign Affairs of the Republic of Kazakhstan in Almaty. 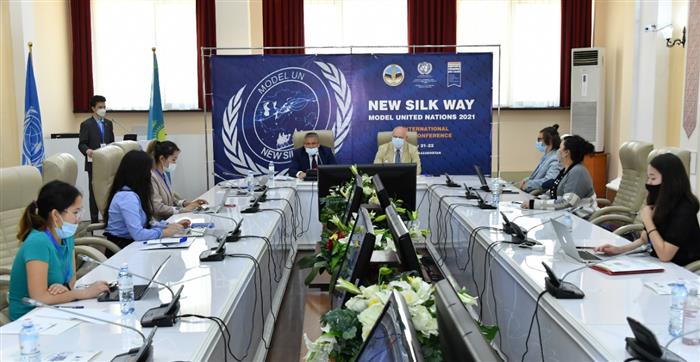 "Model UN - New Silk Road" has been held at KazNU annually since 2013. This is an international project for students and high school students who act as diplomats from different countries and simulate the work of the United Nations. This year, the event was attended by over 150 foreign students and schoolchildren from all continents, as well as authoritative experts, representatives of the UN and diplomatic circles.

The project is aimed at attracting the attention of young people to global problems of our time, forming a vision of a holistic picture of the world, developing analytical skills and research activities, the ability to resolve conflicts through intercultural communication and building a dialogue.

The Chairman of the Board-Rector of KazNU named after S. al-Farabi Zhanseit Tuimebayev. In it, he stressed that the integration of Kazakhstan into the UN system since 1992 was an important step towards the implementation of the foreign policy tasks of the state. And today the country occupies a worthy place in the world community putting forward significant international initiatives that have become part of the Sustainable Development Goals for humankind.

“This year marks the 30th anniversary of Kazakhstan's independence. KazNU is the Global Hub of the UN Academic Impact Program on sustainability, takes an active part in all areas of the UN and contributes to the development and promotion of its peace initiatives. “Model UN - New Silk Road” is the contribution of young people to building a sustainable and lasting world, ”reads the greeting. 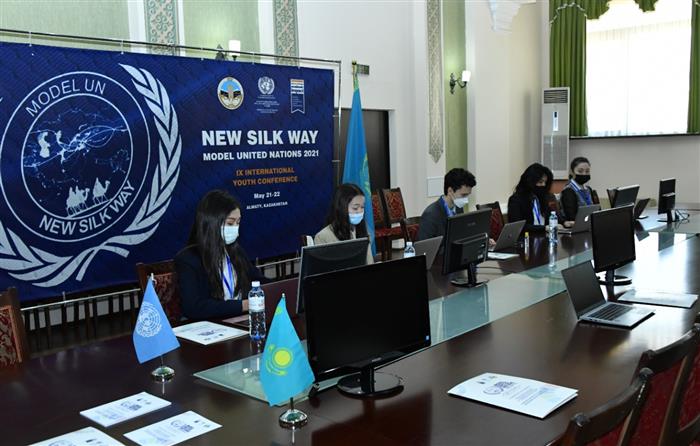 In his speech, the representative of the UN Global Communications Department in Kazakhstan Vlastimil Samek emphasized the role of KazNU in promoting the international youth communication platform "Model UN - New Silk Road". He also noted that students have an excellent opportunity to discuss issues on the global agenda in a playful way, gain good experience in debating and working out collective decisions, and project the work of the UN through personal participation. He thanked the organizers of the event and wished success to its participants.

For two days, young leaders and speakers from more than 20 countries of the world discussed topical issues of peacemaking and the implementation of the 17 Sustainable Development Goals, measures to restore the global economy and help those in need during the COVID-19 pandemic, issues of cybersecurity, combating domestic violence and many others.