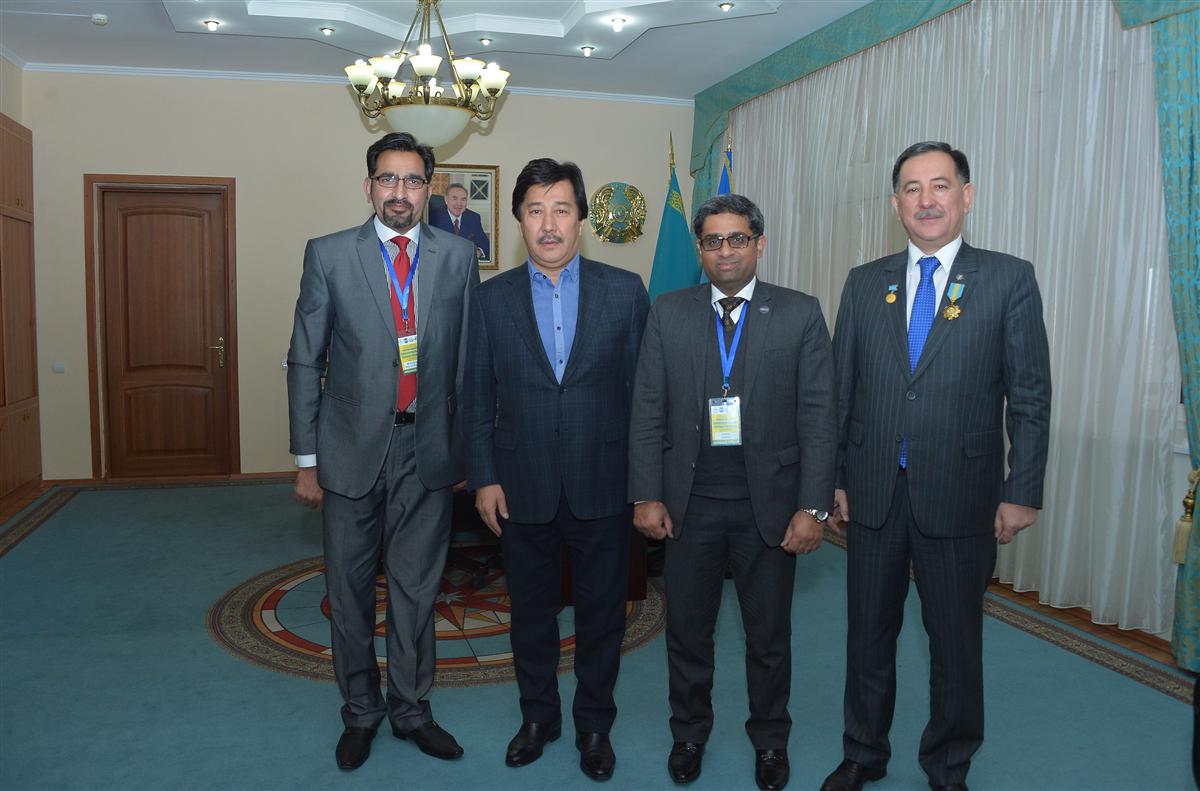 On December 19, 2017 under the 7th International Workshop on "Internet Security: Enhancing Information Exchange Safeguards", hosted by Al-Farabi Kazakh National University, took place a meeting of KazNU rector, academician Galimkair Mutanov with the Senior Assistant Director of the Commission on Science and Technology for Sustainable Development in the South (COMSATS) Farhan Ansari and the Senior Program Officer (P&D and HRD) of Inter-Islamic Network on Information Technology (INIT) Muhammad Atiq-ur-Rehman.

During the meeting, G. Mutanov stressed the importance of such events, as they are a part of implementation of the Head of the State Nursultan Nazarbayev’s instruction, which was announced at the Summit of Organization of Islamic Cooperation on Science and Technologies, held in Astana on September 10-11, 2017, and which particularly points out the need to introduce new technologies, develop digitalization and competence centers based on research universities, as well as the need to implement the “Digital Kazakhstan” program.

The rector of Al-Farabi KazNU also highlighted that the work on information protection, as well as the study of latest methods of work with modern IT technologies, designed to allow Kazakhstani scientists to use nanotechnologies to increase cyber security in information exchange, conduct advanced research, create more accurate models of complex processes, and to analyze the increasing amount of data obtained as a result of experiments, - all of that work is particularly important in the light of the formation of an international IT-techno park under the New Silk Road Alliance of Universities, which is being formed on the basis of KazNU by creating a center of supercomputer and cloud computing.

In their turn, distinguished representatives of COMSATS Farhan Ansari and Muhammad Atiq-ur-Rehman expressed their gratitude for the organization of the Workshop, and discussed the details of the COMSATS Coordination Council, which is to be held in KazNU in April next year.