Department of Organic Chemistry was opened in 1934.

In 1934 - 1937 years of acting Head. Department was Associate Professor, Ph.D. I.M Grigorenko. In 1938 the post of head. Department of Organic Chemistry, was invited by Academician Nikolai Nikolaevich Vorozhtsov Jr. Under his leadership, his Ph.D. dissertation completed Sharifkanov A.Sh, Chumbalov T.K, Krupennikova K.A etc. From 1938 to 1942. (Before the opening of the Department of Technical Chemistry and Catalysis), assistant professor worked D.V. Sokolsky. In 1941 the Department assisted the production of front-line hospitals anesthetic ether, filters for gas masks. At the department of the laboratory for the production of indication of chemical warfare agents, which is in charge of AS Sharifkanov. From the years 1944 -1947 head. Department was Ph.D., associate professor, IN Azerbaev. 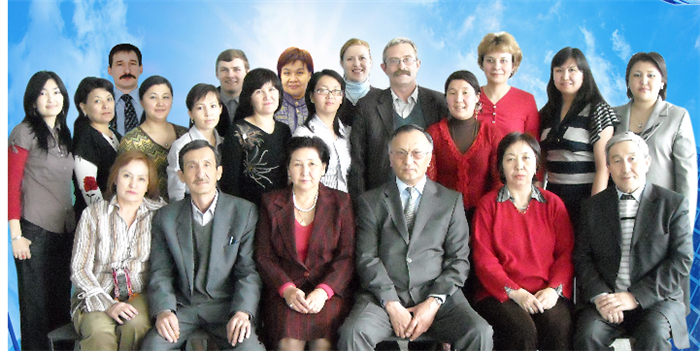 Encountering 75 year anniversary of the Department

Department of Macromolecular Chemistry at the chemical faculty of Kazakh State University named after SM Kirov was organized in 1963 and is the third of the department of similar profile in the universities of the country after Moscow and Leningrad.

Initiative and a great role in the organization of the department belongs to a correspondent member. NAS RK to Professor B.A. Beremzhanov (Dean of the Faculty of Chemistry 1954-1980), who invited for the post of the first head of the department Cand.Chem.Sci B.A. Zhubanov now academician of NAS RK, Honorary Director of the Institute of Chemical Sciences MES.

Professors have headed the department in different years

The newly merged department of chemistry and technology of organic matters, natural compounds and polymers was organized in 2010.

Since its foundation until the 2013-2014 academic year, the department was headed Prof., Corresponding Member of the Engineering Academy of Kazakhstan, Abilov Zharylkasyn Abduahitovich. During this period, the department of chemistry and technology of organic matters, natural compounds and polymers headed by Doctor of Chemistry, Professor Mun Grigoryi Alekseevich. 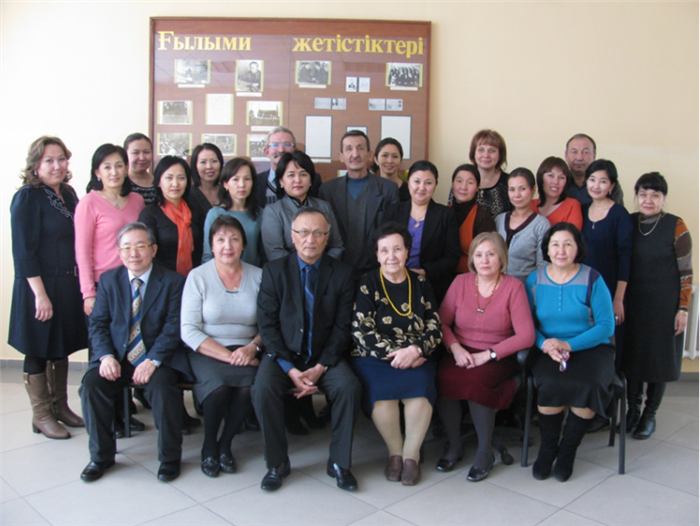 Collective the department of chemistry and technology of organic substances, natural compounds and polymers (2013) 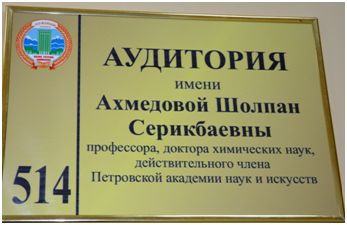 05.15.2015 - opening the audience named after academician of NAS RK, Doctor of Chemistry, Professor B.A. Zhubanov at the Faculty of Chemistry and Chemical Technology (№229 audience) 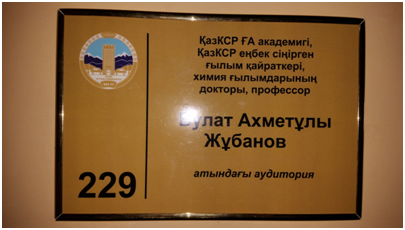 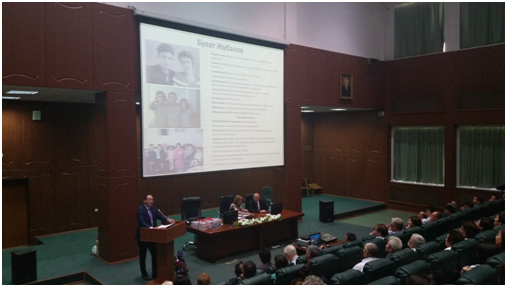 Since September of the academic year 2015-16 as Deputy for teaching methods and educational work of the department covers Ph.D., Acting Associate Professor Litvenenko Julia Alekseevna.

Department of Chemistry and Technology of Organic Substances, Natural Compounds and Polymers

The ceremony of awarding the title of "Honorary doctor of al-Farabi KazNU prof. M. I. Chaudрфкн

Publication of educational and scientific materials, presentations in pdf format on the web resources of KazNU

Science and higher education: in the search of answers to the global epidemiological crisis