Formation and development of Cartography and Geoinformatics Department inseparably connected with the University's School of geomorphological science of Kazakh National University named after Al-Farabi, which founder was a legendary scientist - geomorphologist, geologist, geographer and cartographer Mukatay Zhandaevich Zhandaev. 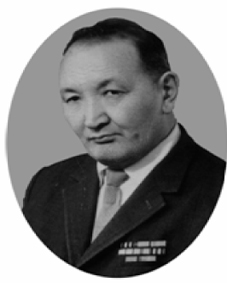 Over the years, the department has prepared more than dozens of experts in the field of geomorphology, cartography, geodesy, geoinformatics, which successfully work in the public administration, in the structural units of the Academy of Sciences and higher educational institutions of the Republic of Kazakhstan, in the republics of CIS and far abroad.

Among the graduates of the different years there were such leaders as the director of the Institute of Geography Medeu A.R., Rector of the Arkalyk University, Doctor of Geographical Sciences  Kuanyshbaev S.B.

The department has educational laboratories, scientific - research laboratory of geoinformation mapping, GIS technology center and remote sensing, also there are "GIS - Center" at the department where the young scientists of the department work and training geodesic polygon on the territory of the KazNU.

In light of the current requirements for the implementation of innovative technologies, teaching laboratories are systematically equipped with digital and electronic surveying instruments, devices, global navigation satellite systems, software for processing and presentation of spatial data, etc.

Currently, the department is developing theoretical and applied aspects of the problems in the field of geodesy, cartography, including the preparation of digital cartographic products, as well as in the field of GIS mapping in the management of geosystems in various sectors of the economy of the Republic of Kazakhstan.

Scientific-technical and methodological base of the department allows to run courses for employees of higher and professional education, as well as professionals - manufacturers in the field of geodesy, cartography and geoinformatics.

Article at the "Kazakh University"

Speeches of undergraduates and doctoral students