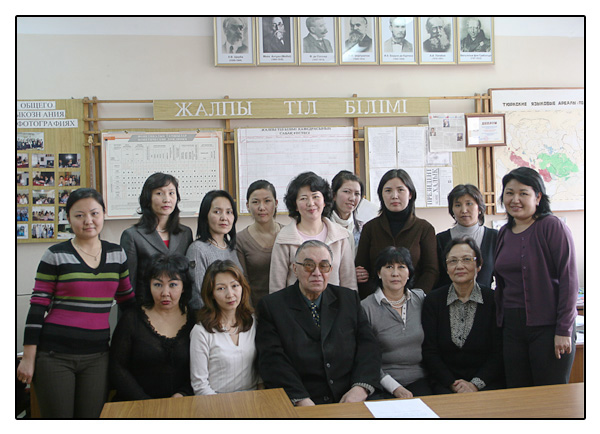 Chair of General linguistics was established in September 1st, 1950.

What are the scientific traditions of the chair?

Scientific traditions and main tendencies of pedagogical activities of teachers’ staff were formed by the influence of outstanding scientists who had worked at different periods of time. . 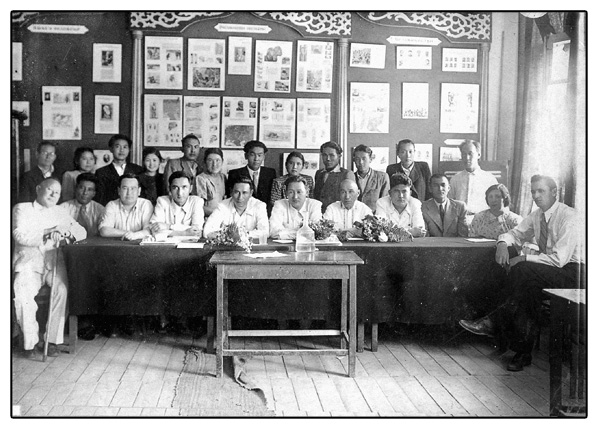 Scientific ideas of I.I. Meshaninov which have been developing by the department of General Linguistics at present.

The idea of the presence of general laws in languages which could be recognized by the use of typological and synchronous comparisons.

The staff of the department was replenished in connection with the creation in 2000-2001 of the academic year of the educational and research laboratory "Kazakh language: psycholinguistic and sociolinguistic research", under the guidance of Professor E.D. Suleimenova, in which a freelance scientific consultant worked prof. G. Thomsen (University of Alberta, Canada). Educational and research laboratory "Kazakh language: socio- and psycholinguistic research", in which computer programs on synthesis and speech generation, ontogeny of language (studying children's speech and children's bilingualism), computer processing of sociolinguistic data, psycholinguistic and sociolinguistic studies, students, undergraduates and graduate students. 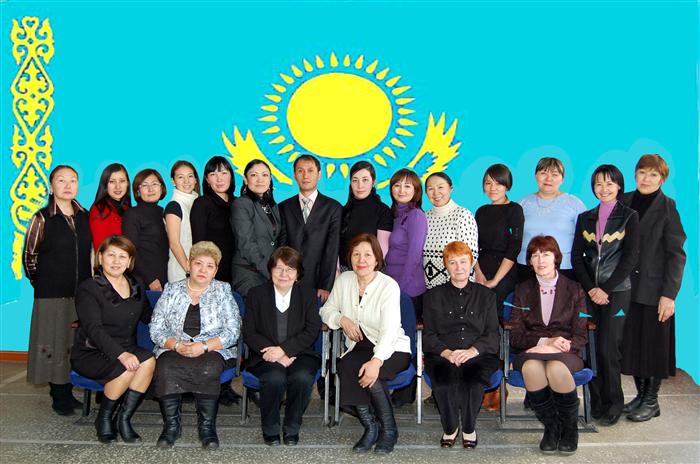 Chair of Foreign Philology was founded in 2002.


Particular attention should be paid to the desire of the department to ensure the continuity of generations of linguists, to preserve the traditional fundamental directions of research and to promote the flourishing of their own scientific schools. This is especially noticeable in the qualitative influx of new employees of the department and the professional growth of our scientific cadres.

Structure of the department

Publications of the Department