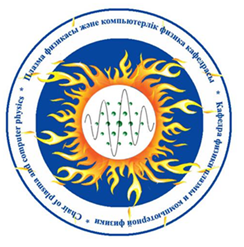 The Pulsed Plasma accelerator has been created at the Department and  it is used for laboratory work on special courses: "Physics of gas discharge", "Plasma Diagnostics ", " PPI interaction with materials" and for preparing graduate and master works by students specializing in Plasma Physics. In addition, this experimental plant is used for conducting research work on the PPI interaction with different materials. Service and maintenance of laboratory work on physics and special practical training sessions are carried out by experienced specialists and the graduates of Physics Faculty of al-Farabi KazNU: Murat L.T., Kusembaeva M.D., Iminova N.A., Umirzakova S.A. They are actively involved in the improvement of the laboratory work, writing  textbooks, and methodical support for educational studies.

Scientific school on plasma physics created by academician Baimbetov F.B. and counting nowadays 7 doctors of science, about 50 candidates of science and doctors of philosophy, has become a global brand in the community of scientists working on this problem. Scientific works of the representatives of this scientific school were published in the scientific top-rated journals of Russia, England, Germany, France, Japan, and the USA. They were presented at the prestigious international conferences and plenary reports. Works published by department scientists have a high citation index and actively used by leading scientists from the different countries.

Especially it is necessary to note, that several universities, research organizations and scientific groups in the United States, Germany, Korea, Japan and Spain are engaged in the theoretical research and computer modeling of properties of dense plasma on the basis of models of system particles interaction developed at the Department.

The Code of Honor of KazNU student

The main subjects taught by teachers of the department

Students are winners at conferences, olympiads in Kazakhstan and CIS countries

Students are winners at conferences and olympiads held in foreign countries

Publication of educational and scientific materials, presentations in PdF format on the web resources of KazNU

Scientific materials for the 2020-2021 academic year

Educational materials for the 2021-2022 academic year

Educational materials for the 2021-2022 academic year