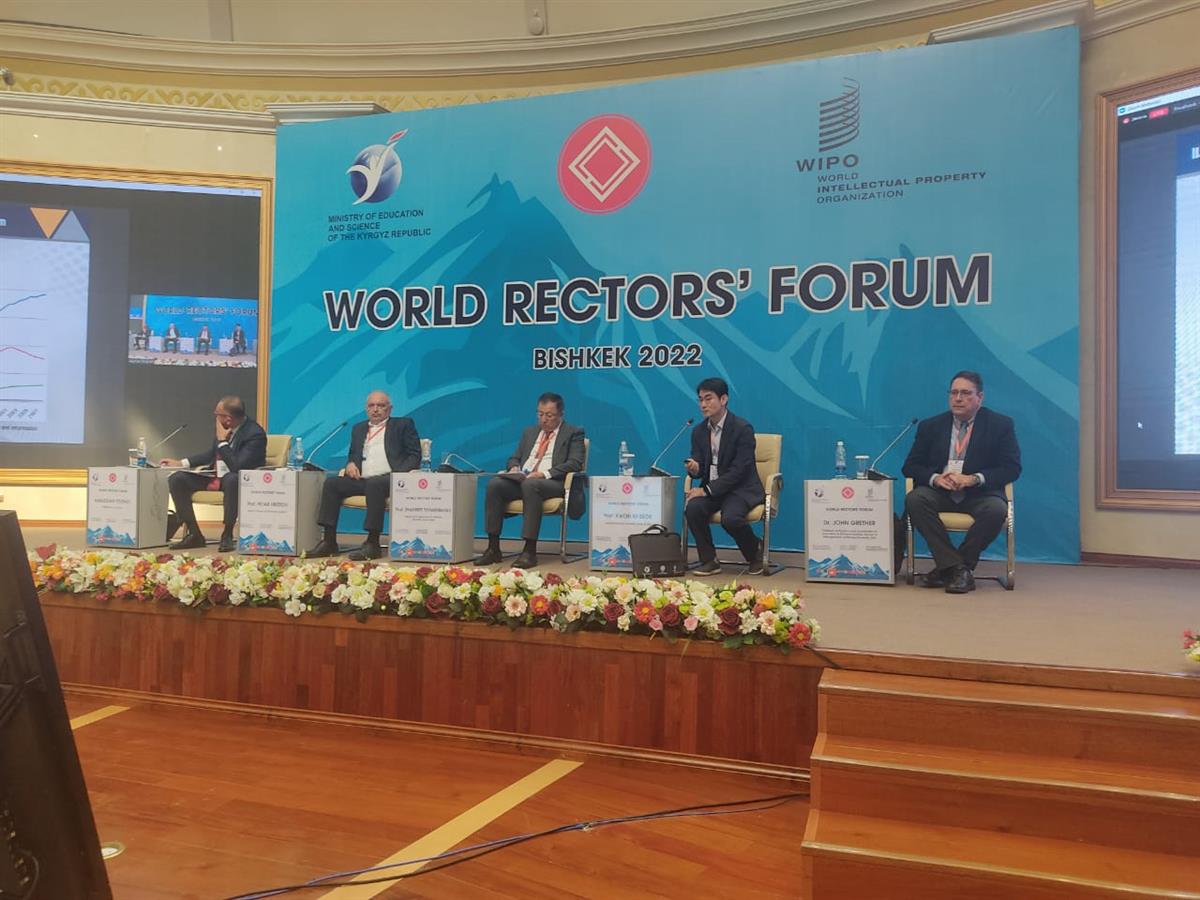 Chairman of the Board -Rector of Al-Farabi Kazakh National University Zhanseit Tuimebayev took part and made a report called "The role of universities in creating a national innovation ecosystem" at the international forum of rectors in Bishkek.

In his speech, the rector of the leading university of Kazakhstan noted that today the issues of human capital development, investment in education and science were in the first place. Universities became the driving force behind the social and economic development that initiates scientific and technological changes.

The rector shared the experience of Al-Farabi Kazakh National University, promoting the Kazakh methodology for the creation of research universities. Currently, KazNU is the only university in Central Asia that has entered the top 150 best universities in the international QS WUR rating. By the decree of the Government of the Republic of Kazakhstan, KazNU was awarded the status of a research university on July 25, 2022. "The upcoming task is to become a world–class research university. During the transformation, the university will solve four strategic tasks," the rector stated.

The first task is aimed at integrating scientific activity and the educational process at all levels of higher and postgraduate education, strengthening research approaches in education. The second task involves the systematic adaptation of educational programs to future conditions. Thirdly, it is necessary to ensure close cooperation of university scientists with the real sector of the economy, large enterprises, thus to increase the real contribution of the university to the country's economy.

It is also very important to form the digital thinking in order to switch to the "paper-free university" format. This is reflected in the task of creating an effective corporate governance model to ensure the sustainable development of the university.

In conclusion, Chairman of the Board-Rector of KazNU Zhanseit Tuimebayev expressed readiness to discuss proposals for establishing close ties and partnerships and wished success in the work of the forum. Within the framework of the event, eight panel sections were held, each of which reflected current new trends in the field of higher education. More than a hundred heads of universities from all over the world took part in the forum.