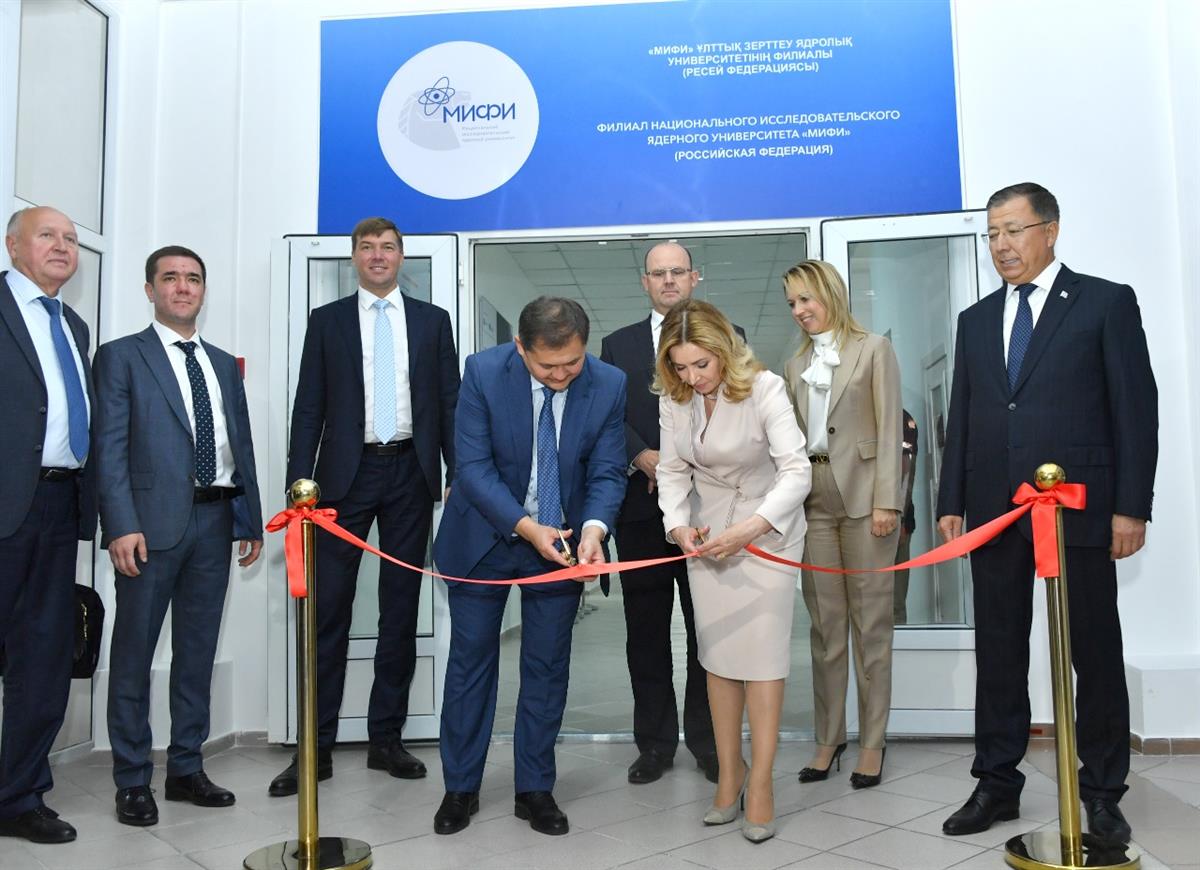 A solemn ceremony dedicated to the launch of the branch of the National Research Nuclear University (MEPhI) with the participation of the Minister of Science and Higher Education of the Republic of Kazakhstan Sayasat Nurbek was held at the Al-Farabi Kazakh National University.

The joint educational project is being implemented as part of the strategic task of creating branches of advanced technical universities of Russian Federation, which is set by the President of the Republic of Kazakhstan Kassym-Jomart Tokayev at the meeting of the Majilis of the Parliament of the Republic of Kazakhstan "Lessons of tragic January: the unity of society is a guarantee of Independence" on January 11, 2022.

The event was attended by the Minister of Science and Higher Education of the Republic of Kazakhstan Sayasat Nurbek, Deputy Minister of Science and Higher Education of the Russian Federation Natalia Bocharova, Deputy Director General for Personnel of “Rosatom” Tatiana Terentyeva, Rector of the National Research Nuclear University "MEPhI" Vladimir Shevchenko, Adviser to the Embassy of the Russian Federation Alexey Koropchenko, Director General of the Institute of Nuclear Physics of the Ministry Sayabek Sakhiyev, representatives of “Kazatomprom” and “Rosatomprom”, professors and students of Al-Farabi Kazakh National University and MEPhI branch.

Chairman of the Board – Rector of Al-Farabi Kazakh National University Zhanseit Tuimebayev expressed gratitude to the heads of the ministries of both countries and colleagues from MEPhI and KazNU for the implementation of an educational project. “The establishment of the branch will give a new impetus to the development of nuclear energy in the country, providing industry with qualified personnel with the major in the "Nuclear Energy and Technology" and "Computer Science and Computer Engineering". We are certain that the graduates of the branch will make a significant contribution to the development of the strategic industry of our country. Students will receive a high-quality education in engineering. They will be engaged in science, acquire the necessary skills, and undergo an internship in modern scientific laboratories" - the head of the university stressed.

Minister of Science and Higher Education Sayasat Nurbek stressed the increasing role of research universities in the development of science. "We hope that cooperation with MEPhI will become a new point of growth for collaboration in the field of applied science. We will make every effort to turn the branch of MEPhI from a small project into a serious, large, regional, cross-country production center".

"In fact, this is the flagship of the opening of branches of Russian universities in Kazakhstan. The project was implemented in an unprecedented short period of time. It is extremely difficult to organize the activities of a technical university abroad, so I sincerely thank the rector of the National Research Nuclear University "MEPhI" Vladimir Shevchenko and the rector of the Al-Farabi Kazakh National University Zhanseit Tuimebayev for the great work that was done during the opening of the branch" -Natalia Bocharova, Deputy Minister of Science and Higher Education of the Russian Federation, stated in her welcoming speech.

The participants of the event expressed their willingness to promote fruitful joint work. At the end, a commemorative plaque of the Branch of the National Research Nuclear University "MEPhI" was signed. The distinguished guests also visited the Faculty of Physics and Technology of the university and inspected the auditorium of the new branch.