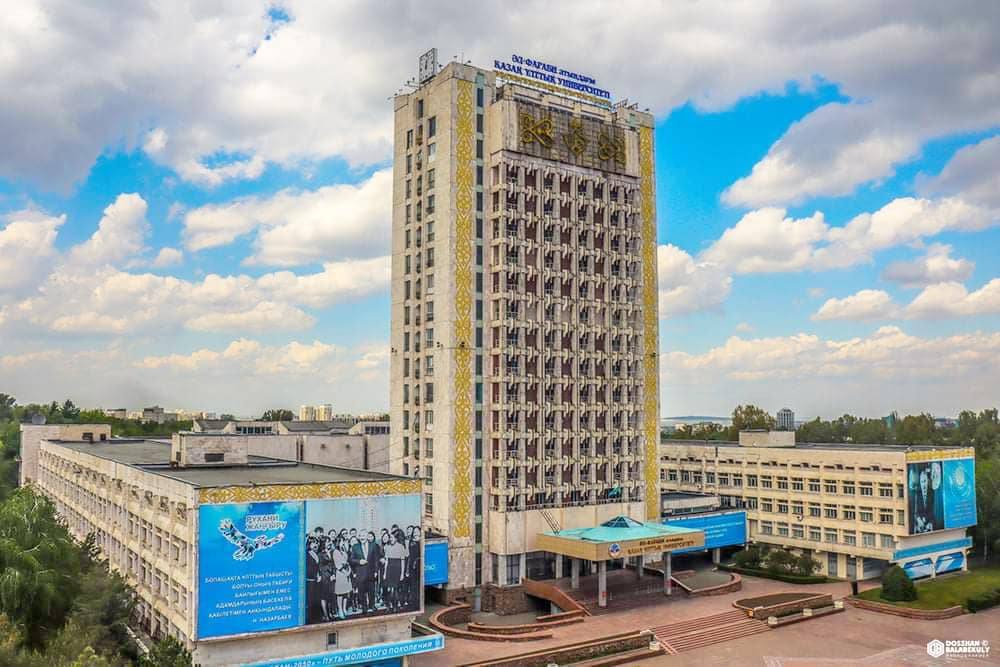 By the decree of the Government of the Republic of Kazakhstan, Al-Farabi Kazakh National University was awarded the status of a research university.

Today, Al-Farabi Kazakh National University is the only university in Kazakhstan and Central Asia that has entered the top 150 best universities in the world.   In one year, the university has moved up 25 positions within the Top 200 of the QS WUR global ranking, rising from 175 positions to 150th place. 25% of the university's educational programs are represented in the Top 500 of the QS by Subject rating.

The university has 16 faculties and 68 departments, 8 research institutes and 29 research centers. There are 140 scientific and educational research laboratories. The total number of students is about 26 thousand. The contingent of foreign students is growing every year - more than 2.5 thousand foreigners from 30 countries of the world are studying in bachelor's, master's and doctoral studies. The number of teaching staff is over 2 thousand. Among the university professors there are 10 academicians and 7 corresponding members of the National Academy of Sciences, 14 laureates of the State Prize in the field of science and technology.

The main vector of the university's development is internationalization. The University has concluded more than 500 international agreements with foreign universities and research centers. In the current academic year more than 100 foreign professors and scientists from 30 countries of the world conducted classes at the university. In addition, over 40 university professors have conducted lectures abroad at universities in Hungary, Germany, Mongolia, France, the USA, Russia, Turkey, Uzbekistan and other countries.

This year 41 teachers and employees of the university have won the scholarship of the President of the Republic of Kazakhstan "Bolashak". The largest number of fellows will be interned at universities in the USA, Europe, as well as at universities in Japan and Turkey.

In May of this year, as part of the state visit of the President of Kazakhstan to Turkey and the Kyrgyz Republic, KazNU branches were opened in Istanbul and Bishkek.

Today the university has a significant potential for solving strategic tasks. Further development of Al-Farabi Kazakh National University is transformation into a world–class research university and promotion into the international educational and scientific space.