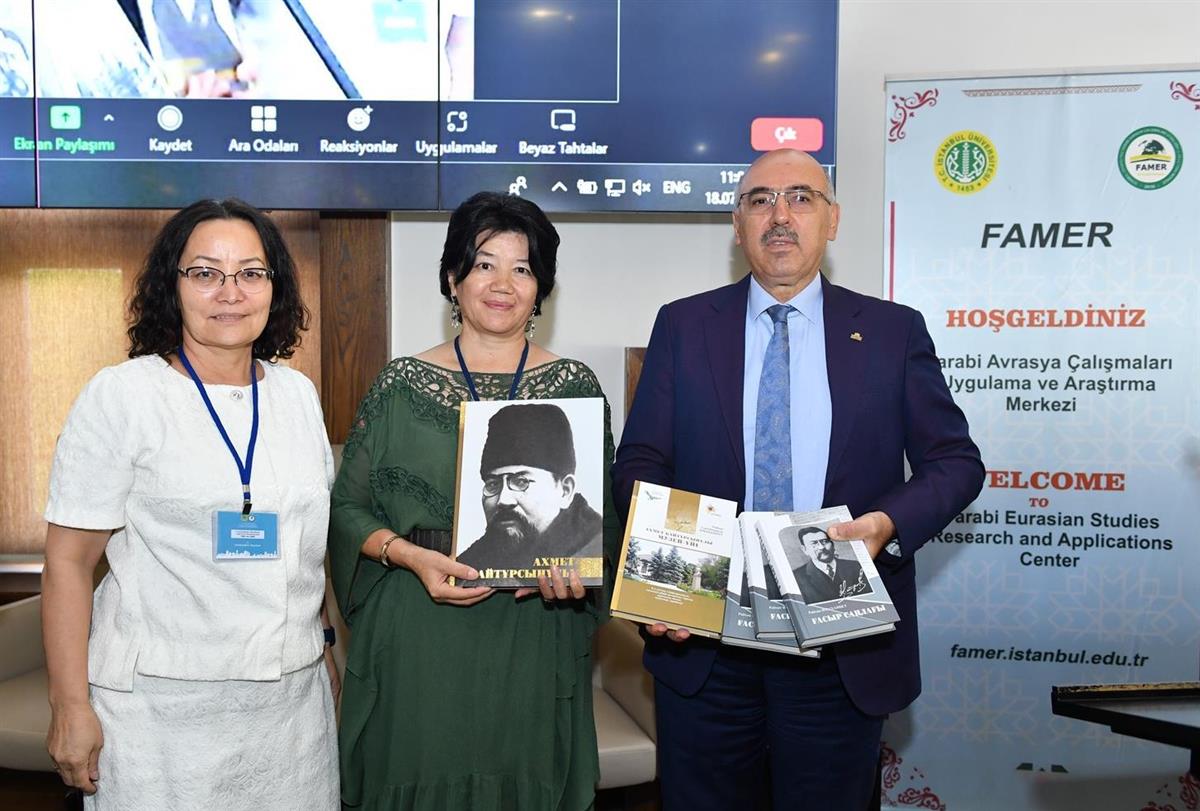 The V International Symposium "History and Culture of the Turkic World" dedicated to the 150th anniversary of Akhmet Baitursynov was held at Istanbul University (IÜ).

Chairman of the Board – Rector of Al-Farabi Kazakh National University Zh. Tuimebayev, who participated in the symposium online, noted: "This year marks the 150th anniversary of the birth of one of the leaders of the Alash movement, the Teacher of the Nation Akhmet Baitursynov. His literary heritage is the common heritage of the Turkic world. This anniversary is celebrated for the first time in many countries of the world at the UNESCO level. Today's International Theoretical Conference will once again make sure of the value of the rich heritage left by an outstanding personality. We must work together to ensure that the youth of the Turkic–speaking states are educated and strong," the rector said.

“Akhmet Baitursynov is one of the most outstanding representatives of the Kazakh intelligentsia. The great educator served the Kazakh people, did a lot for the development of the Kazakh language. His name will remain in the memory of the people. It is no coincidence that this symposium is dedicated to the 150th anniversary of Akhmet Baitursynov," M. Balzhi, the director of the Institute of Turkology emphasized.

Deputy Secretary General TURKSOY Chakyji in his report noted that the relations between Istanbul University and TURKSA are strong, and expressed confidence that cooperation and joint work will continue: "A. Baitursynov made a huge contribution to the development of the culture of the Turkic world. Within the framework of this symposium, we pay tribute to the memory of an outstanding personality, remembering his achievements" Chakiji stated. In his speech, Professor Mahmut Ak noted that Istanbul University organizes seminars and conferences at the global level. The speaker stressed that the rich heritage left by Akhmet Baitursynov is of great value. "A. Baitursynuly has written many articles on the methodology of teaching the Kazakh language and is known among Turkologists for his works on linguistics. He made a great contribution to the development of the Kazakh language and literature, wrote a large number of articles, poems and translations. He also prepared school books, expressed the thoughts and aspirations of the people on the pages of publications. Today, a museum dedicated to Akhmet Baitursynov has been opened in Kazakhstan, celebrations and international conferences are held. We are very grateful to the organizers for the opportunity to make a small contribution to perpetuating the name of the great educator" he claimed.