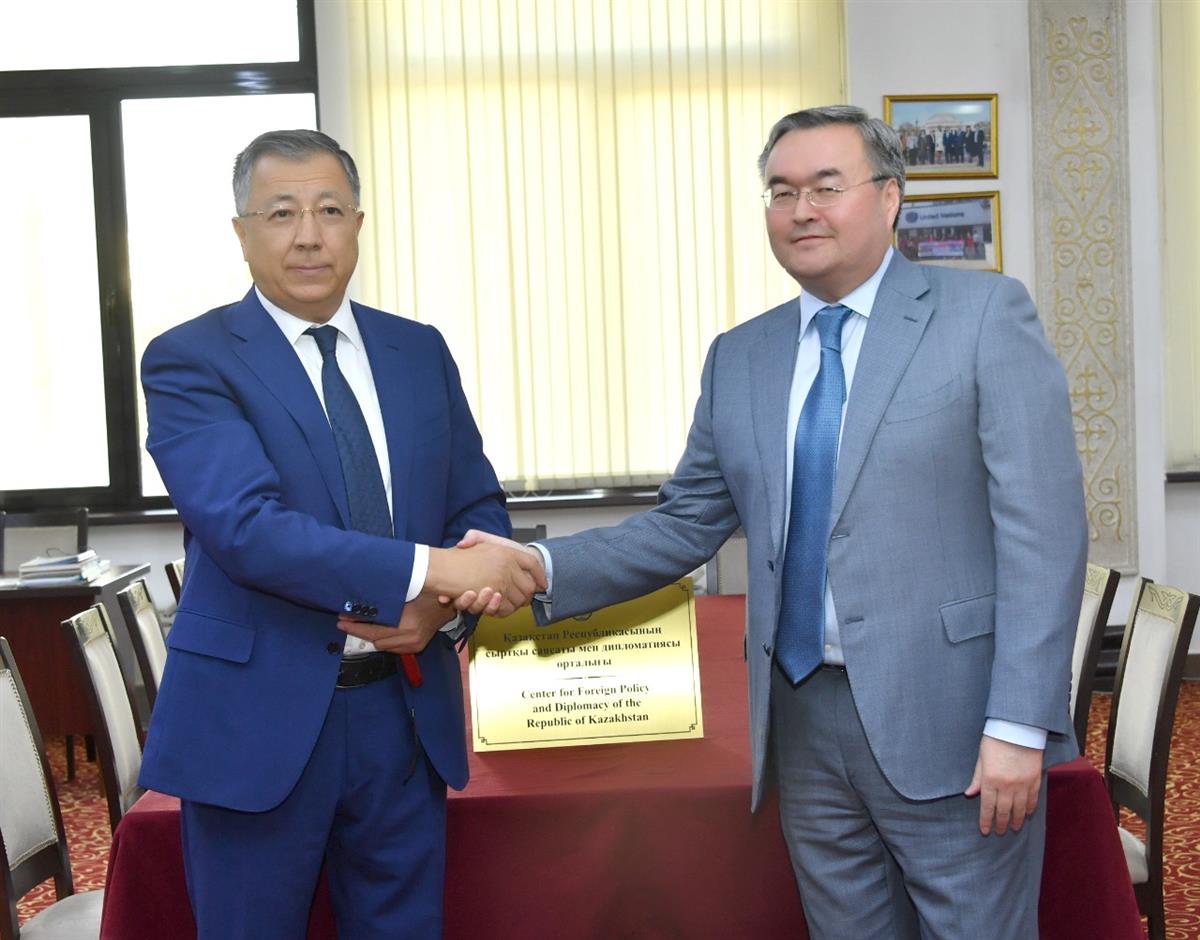 As part of the celebration of the Day of the Diplomatic Service of the Republic of Kazakhstan a round table on the topic "Kazakh diplomacy in the new geopolitical realities" was held at the Al-Farabi Kazakh National University.

"We have become a stable and professional state, actively participating in the regional and global processes. Since gaining sovereignty Kazakhstan has strengthened its borders and established ties with foreign countries. Today Kazakhstan has diplomatic relations with 186 countries of the world. The dialogue with the Central Asian countries has intensified. Our state has become the locomotive of integration processes in the Eurasian space. In this context Al-Farabi Kazakh National University made a great contribution to the training of personnel" - Mukhtar Beskenuly specified.

The rector of KazNU Zhanseit Tuimebayev stressed that Kazakhstan was able to take a worthy place in the system of international relations. "The solid foundation of Kazakh diplomacy was laid by Khans Kerey and Zhanibek. In the early nineties Kazakhstan began to form its own independent foreign policy course and positioning in the international arena. Since gaining independence, Kazakhstan has begun to progressively and steadily build good relations with other countries. For 30 years our country has established itself as a supporter of peace and harmony. At the same time Kazakhstan managed to form her own unique style in the field of foreign policy and diplomacy. Today our country is starting a new historical stage in the system of international relations in new political conditions," the head of the university emphasized.

During the round table Tleukhan Kabdrakhmanov and Adil Akhmetov, who are the veterans of the Diplomatic service of the Republic of Kazakhstan made presentations.