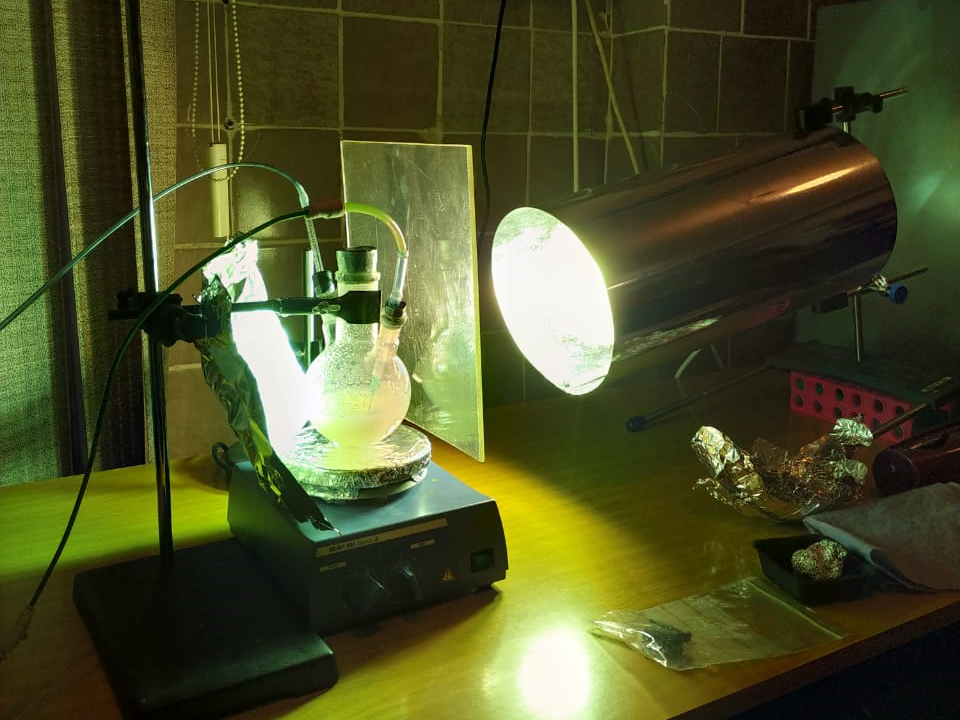 A group of researchers from the Faculty of Chemistry and Chemical Technologies of the Al-Farabi Kazakh National University is pioneered the research on the development of photocatalyst based on hetero-structural nanocomposites obtained by mechanochemical method for the first time.

As is known, hydrogen technology is actively progressing all over the world and the overwhelming majority of companies in the field of automotive and electrical engineering invests in its technological advancement today. Photocatalysts for hydrogen production are being developed in the laboratories of the best universities in the world. All these facts show the importance of research in the development of photocatalytic production of hydrogen by using solar energy. According to the scientits, the implementation of such projects will increase the competitiveness of Kazakhstan's science in the field of renewable energy, which is one of the important issues of humanity.

World reserves of oil, gas and coal are limited, consequently the intensity of their production is growing every year. Despite the advantages of nuclear energy, many countries refuse to use it for safety purposes. The shortage of energy carriers stimulates the search for new sources of energy. A practical inexhaustible source of energy is the energy of the Sun. Existing technologies for the conversion of solar energy into chemical raw materials requires significant development.

The technology of solid-phase mechanochemical synthesis of photocatalysts is cost-effective in comparison with other methods of obtaining photocatalysts. Therefore, the finished nanocomposites will have a low cost. According to the producers, the gained results will increase the profitability of photocatalytic production of hydrogen using solar energy. The acquired data will become the fundamental basis for the development of industrial technologies for the solid-phase production of highly efficient photocatalysts.

According to the developers, the derived hydrogen will become an alternative product for replacing oil in the future, which will help solve the issue of non-infinite natural resources.