UALBAI UMIRBAYEV: "ALL MY LIFE I DREAMED OF RETURNING TO THE KAZNU" 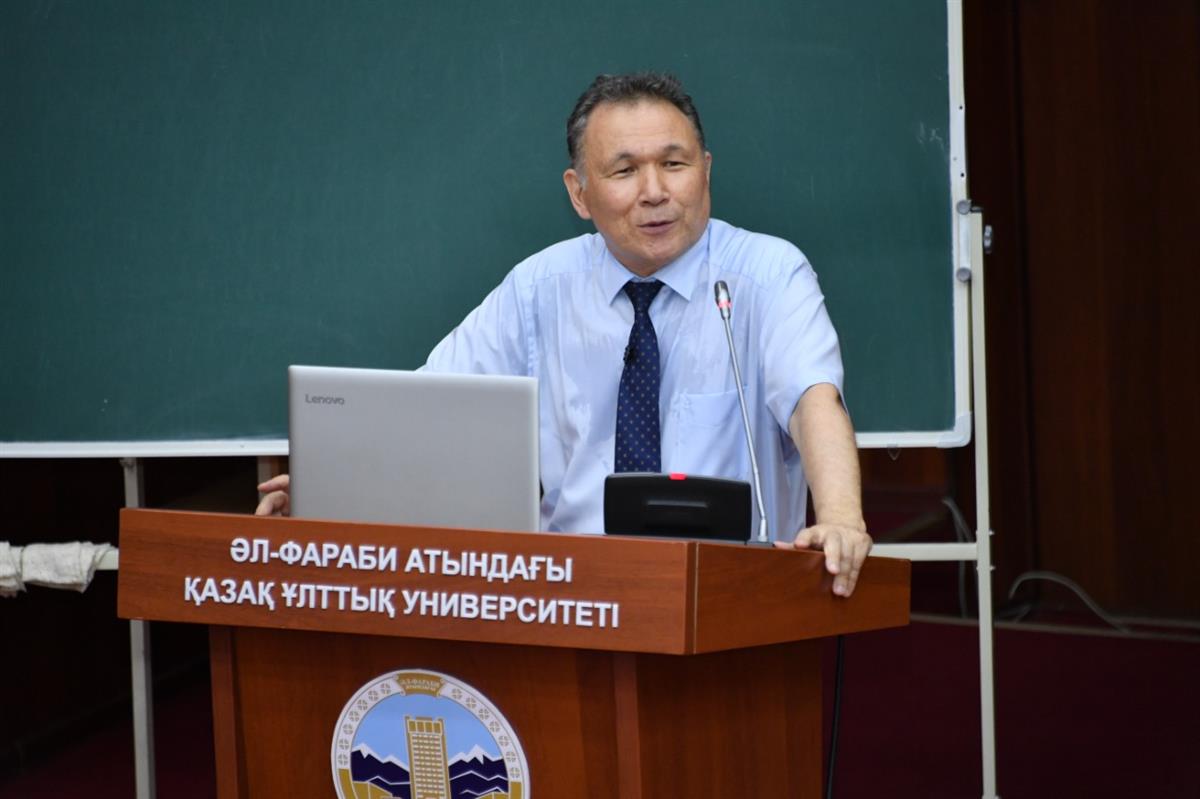 The Al-Farabi Kazakh National University hosted meeting with the famous mathematician, Doctor of Physical and Mathematical Sciences Ualbai Umirbayev, who positively solved Nagata's hypothesis and the well-known problem of the English mathematician P. Cohn about automorphisms of free associative algebra. Umirbayev is a graduate of Novosibirsk State University.

Expressing his appreciation to the faculty staff for the warm welcome, the scientist noted that he had dreamed of returning to the Al-Farabi Kazakh National University all his life. “I am very happy that I’ve returned as a visiting professor,” – mathematician shared.

The meeting with the scientist took place in the O. Zholdasbekov Hall of the Faculty of Mechanics and Mathematics.

In his speech, U. Umirbayev spoke on the topic of "Favorite mathematics: What is mathematics and its benefits for society". He noted that in mathematics one should always pay attention to proofs, therefore all the great mathematicians of their time were looking for their own formula for solving and finding proofs. Due to their discoveries, a certain task was solved and a new theory appeared. And each new theory led society to a new level of development. "Mathematics has always moved and will continue to move forward society and the state. Mathematics creates the language of science, and we solve the most difficult problems that help humanity to develop," U. Umirbayev shared his point of view. The lecturer also spoke about the Fibonacci number, which is also referred as the number of God. According to the mathematician, everything created on earth is to some extent related to this number, even human DNA is associated with the Fibonacci number. It was calculated by mathematicians in the past.

During the lecture one of the professors of the Mechanics and Mathematics Faculty of KazNU supported the arguments of the scientist by providing an example of the manufacturing of dombra, the Kazakh national musical instrument. He noted that only with an accurate mathematical calculation it is possible to make an ideal dombra with a great sound and correct railings. However, today not all manufacturers know this rule and often the sound and quality of the instrument remains at a low level.

Thus, mathematicians came to the general conclusion that in the modern world every individual and object has its own geometry, which helps to solve many issues.