ASKAR AKAYEV: INFORMATION IS A DRIVER OF THE DIGITAL ECONOMY 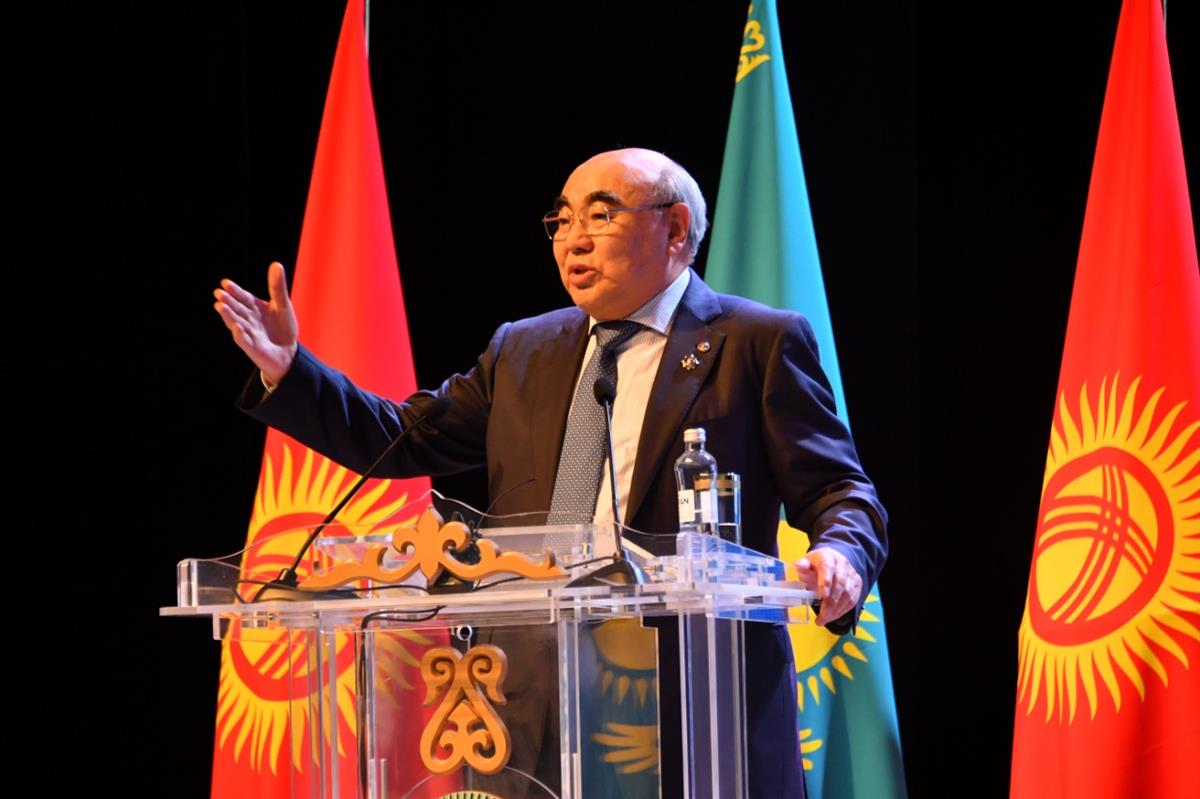 Leadership lectures of the First President of the Kyrgyz Republic, academician of the Russian Academy of Sciences, Professor Askar Akayev were held at the Al-Farabi Kazakh National University.

The first lecture of the scientist was devoted to the topic "Demographic dynamics since ancient times and the future of mankind (mathematical modeling and computer forecasting)". The theme of the second lecture "Digital Economy (models and forecasts)" is also related to the research that Professor A. Akaev is engaged nowadays. The second lecture was held at the O. Zholdasbekov Palace of Students.

Chairman of the Board – Rector of Al-Farabi Kazakh National University Zhanseit Tuimebayev introduced the guest of honor to the audience and described briefly the main milestones of his biography.

A talented speaker with a powerful will, intelligence and charm managed to capture the attention of listeners by sharing his vision of the present and future of the digital economy.

In his speech Askar Akayev explained the concept the ‘avant-garde’ countries, also spoke about the progress of developing countries that form the infrastructure for creating digital economy. "The intensive work on the mathematical apparatus of the digital technologies is underway, which unlike the traditional economy is founded mainly on information and knowledge. Classical economic dynamics is based on the Cobb-Douglas type production function, which depends on three main factors of capital, labor and technological progress. The most difficult task is the modeling of technological progress. Therefore, R. Solow and P. Romer were awarded the Nobel Prize for the development of exogenous and endogenous models of technological progress. However, these models do not contain the dynamics of information production," the lecturer stressed.

The lecturer explained the information models of technological progress and the production function for the digital economy. The symbiosis of man and intelligent machine will become the most productive force in the digital age, in which man is the leading workforce. In order to implement this scenario, it is necessary to obtain a fundamental STEM education. In conclusion, the lecturer spoke about the special role of the generation of the 2020s and conducted a Q&A session.

Expressing his appreciation to the university management once again for the invitation, Askar Akayev highlighted that he was glad to be a guest of the leading university of Kazakhstan and Central Asia.

At the end of the lecture the Rector by the decision of the Academic Council of KazNU awarded Askar Akayev the Al-Farabi Gold Medal.

The leadership lectures were attended by academicians of the National Academy of Sciences of the Republic of Kazakhstan, famous scientists, heads of research institutes, members of the Board of Directors of KazNU, writers, representatives of culture and art, media representatives, faculty and students of the University.