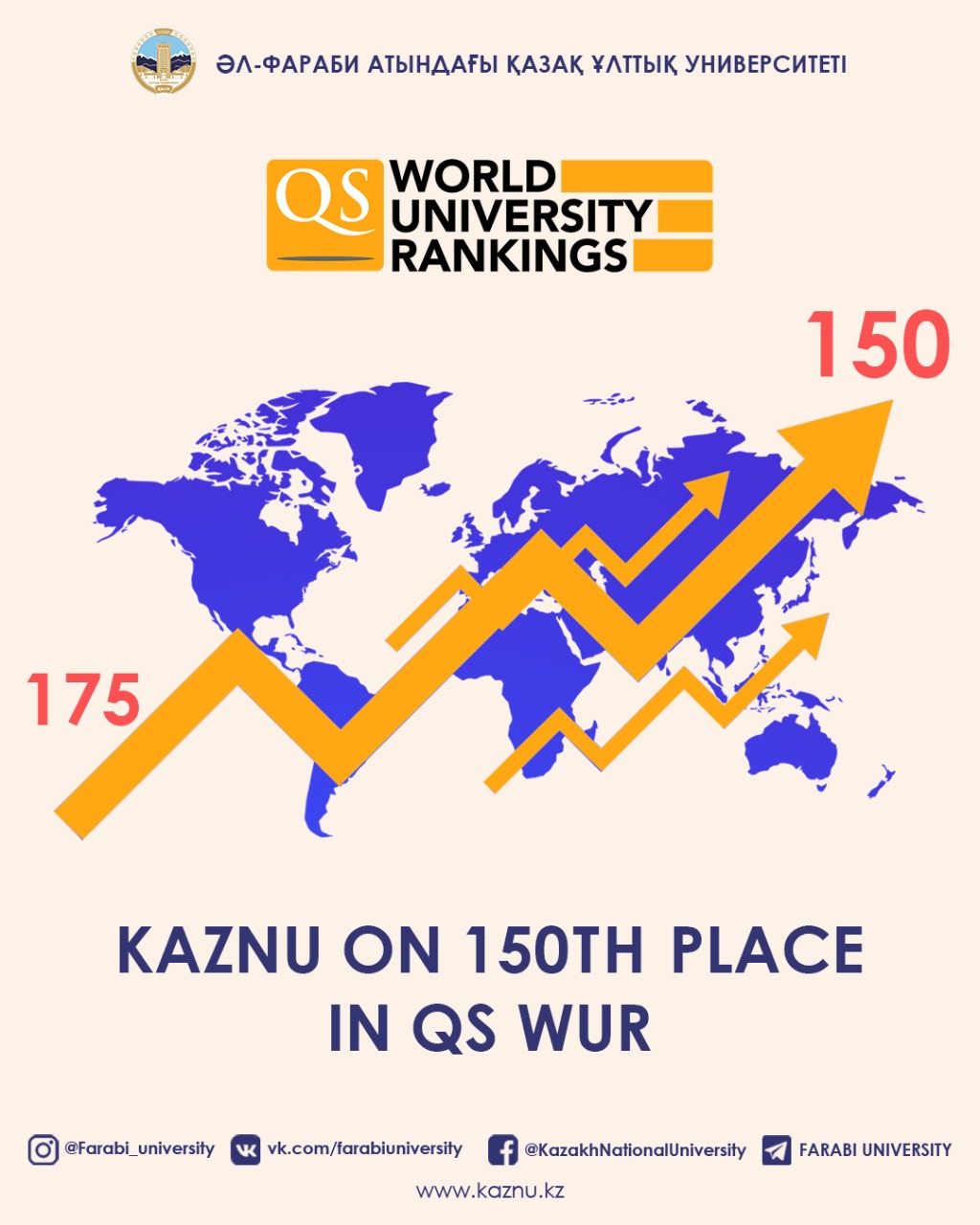 Al-Farabi Kazakh National University achieved impressive results in the international QS World Universities Rankings and took the 150th position among universities from around the world.

In one year, the university moved up 25 positions within the Top 200, rising from 175 position to 150 place and is on a par with the top universities in the world.

Al-Farabi KazNU proved its leading position among not only universities in Kazakhstan, but also throughout Central Asia and the CIS countries.

The achievement of significant progress of al-Farabi Kazakh National University is the result of transformation into a world-class research university.

The record success of KazNU is the result of the dynamic work of teachers, scientists and students. Undoubtedly, this is an indicator of global competitiveness and high recognition of the university in the international arena.

On June 8, 2022, Quacquarelli Symonds announced the results of the global World University Rankings (QS WUR). QS WUR is one of the most respected university rankings in the world. 2462 higher education institutions participated in the QS WUR ranking, of which only 1422 universities were ranked.

The QS WUR ranking of the best universities in the world has been published since 2004.

The assessment of the best universities in the world in the QS WUR ranking is based on six criteria:

The ratio of teaching staff to the number of students - 20%;

Congratulations to the many thousands of staff of the al-Farabi Kazakh National University on a brilliant victory!