ANNIVERSARIES OF PERSONALITIES - A COMMON CELEBRATION OF THE PEOPLES 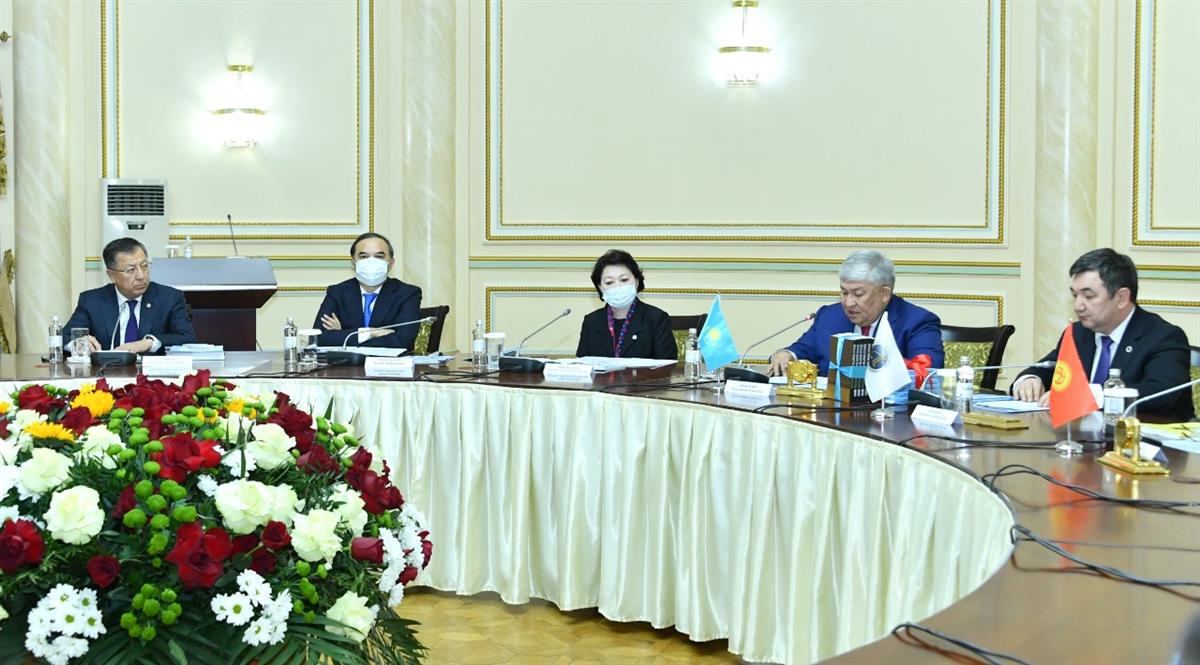 Chairman of the Board - Rector of the Al-Farabi Kazakh National University Zhanseit Tuymebaev took part in the international scientific-practical conference "Kazakh-Kyrgyz - Alashtan", organized by the International Turkic Academy. The event is timed to the 175th anniversary of the birth of the great poet Zhambyl Zhabayev and the 120th anniversary of the birth of prominent personalities of the Kyrgyz people - Zhusup Abdrakhmanov and Kasym Tynystanov. 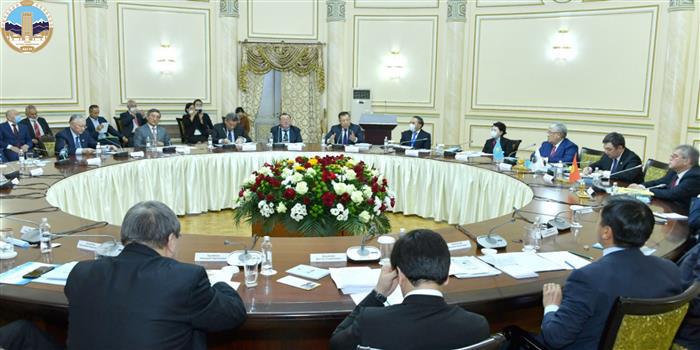 The conference was attended by State Secretary of the Republic of Kazakhstan Krymbek Kusherbayev, State Secretary of the Kyrgyz Republic Suyunbek Kasmambetov, Minister of Culture and Sports of the Republic of Kazakhstan Aktoty Raimkulova, Minister of Culture, Information and Tourism of the Kyrgyz Republic Azamat Zhamankulov, President of the International Turkic Academy Darkhan Kydyrali, as well as famous scientists and representatives of the intelligentsia of the two countries. 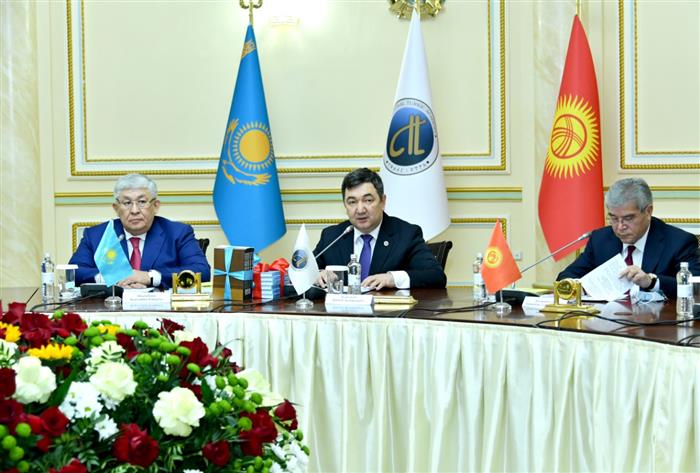 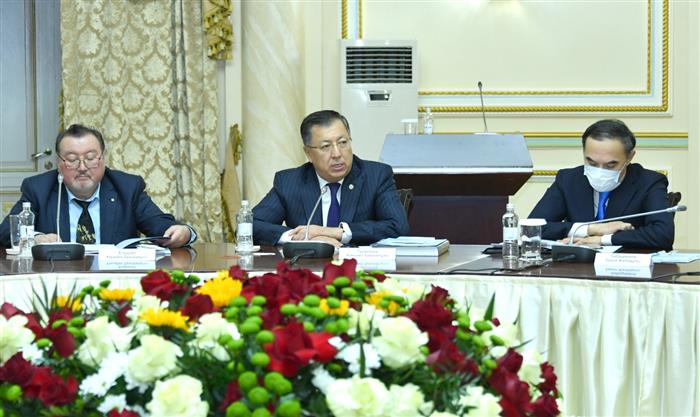 In turn, the State Secretary of the Kyrgyz Republic Suyunbek Kasmambetov thanked for the hospitable reception and noted that the event is a vivid evidence of the strong friendship of fraternal peoples. 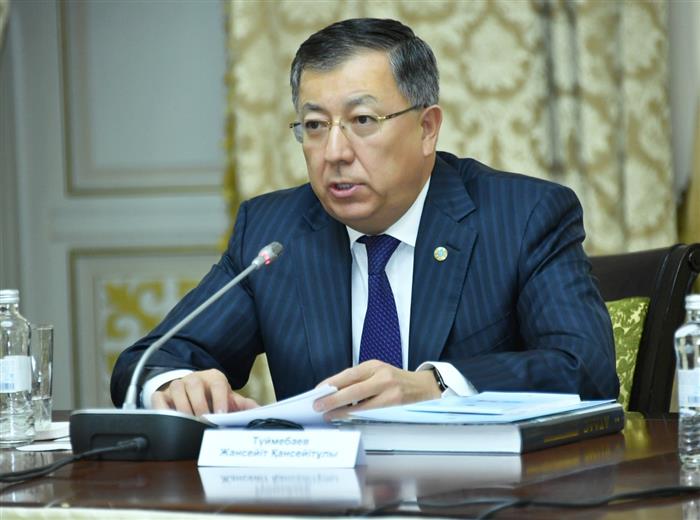 During the international conference the Chairman of the Board - Rector of KazNU named after Al-Farabi Zhanseit Tuymebaev also spoke. He noted that one striking manifestation of relations between the two countries was the unification of the Kazakh-Kyrgyz intelligentsia within the framework of the Alash national liberation movement. 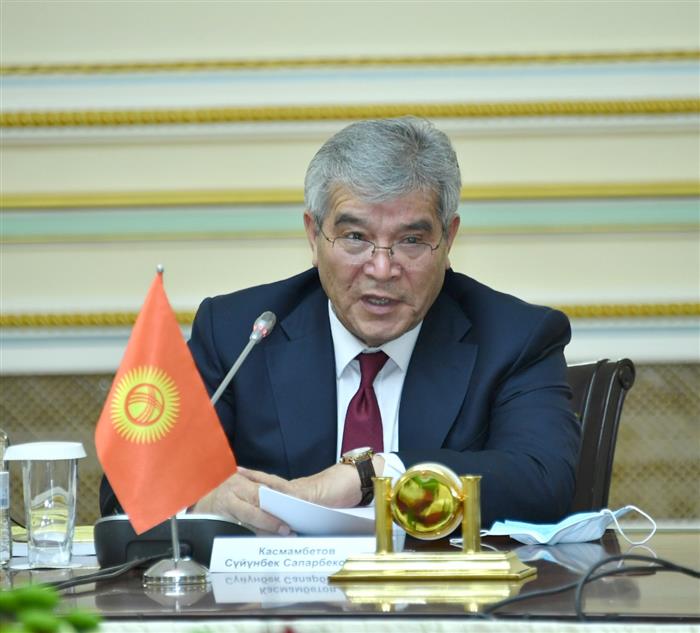 “Kazakhs and Kyrgyz are brothers. It brings us closer. Today's generation knows about the close creative interaction of Zhambyl with Kyrgyz poets. This gave us the opportunity to learn our stories, respect our heroes and poets. Work has begun to popularize the common cultural and spiritual heritage. The 175th anniversary of the great poet Zhambyl was celebrated in two countries. And today we celebrate the 120th anniversary of the outstanding personalities of the Kyrgyz people Zhusup Abdrakhmanov and Kasym Tynystanov, ”said Zhanseit Tuymebaev. 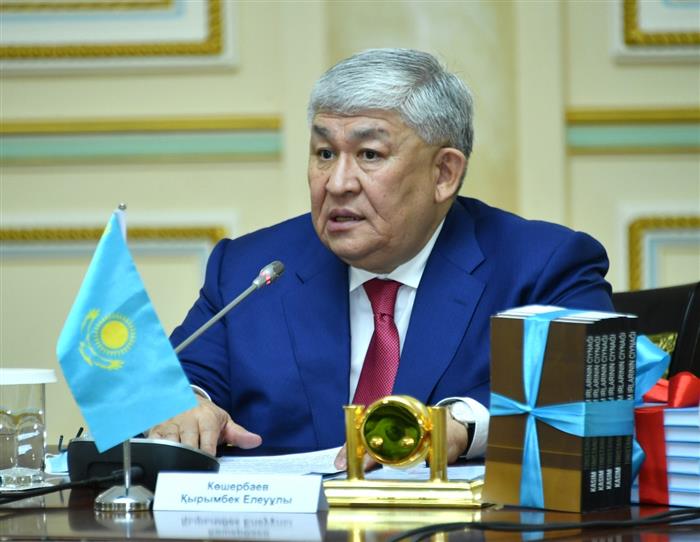 In addition, the rector of the university noted that this year marks the 30th anniversary of the Independence of Kazakhstan and Kyrgyzstan and congratulated the conference participants on this significant holiday.

Within the framework of the conference, a special exhibition was organized from archival materials and historical photographs concerning the activities of Zhusup Abdrakhmanov and the creation of the Kyrgyz Republic, an academic collection of poems by Kasym Tynystanov, translated into Turkish, was presented.