EX-PRESIDENT OF TURKEY ABDULLAH GUL ARRIVED IN THE KAZNU 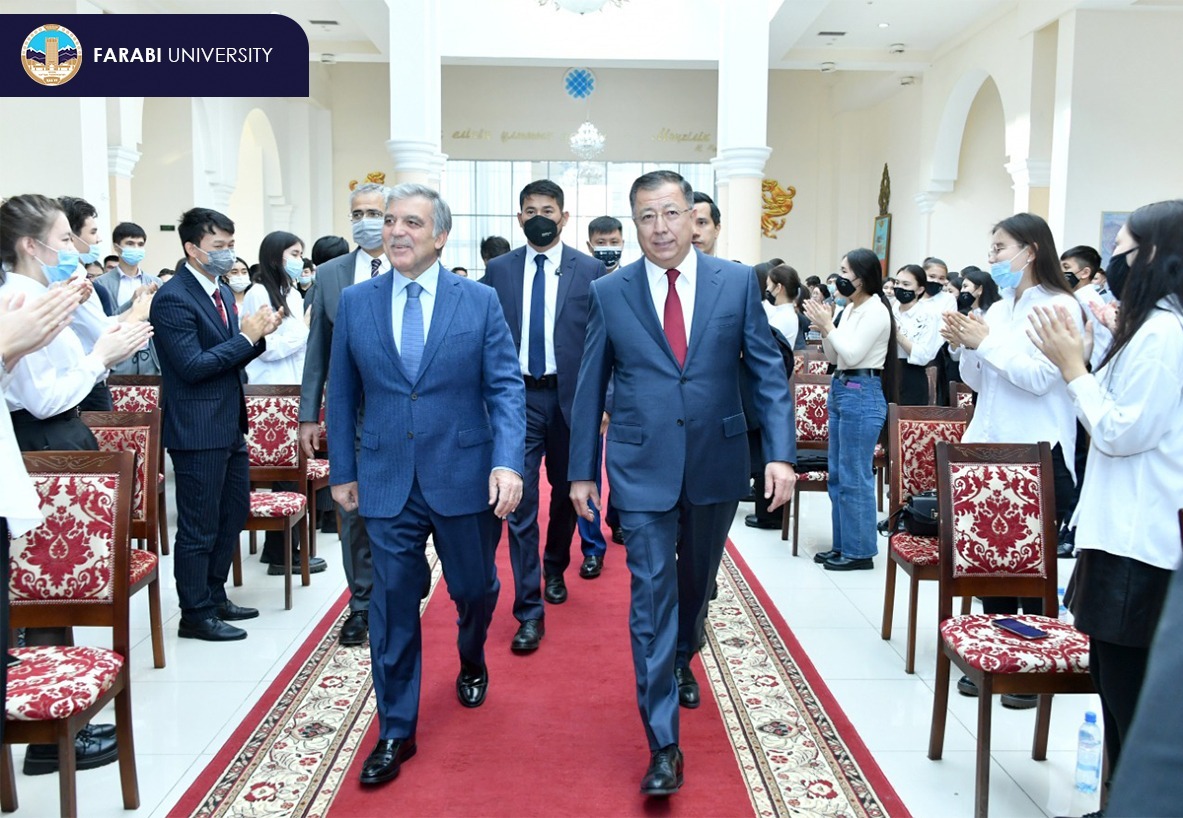 Ex-President of Turkey Abdullah Gul arrived at KazNU named after Al-Farabi. In the scientific library, the prominent politician met with representatives of the university faculty, scientists and students. 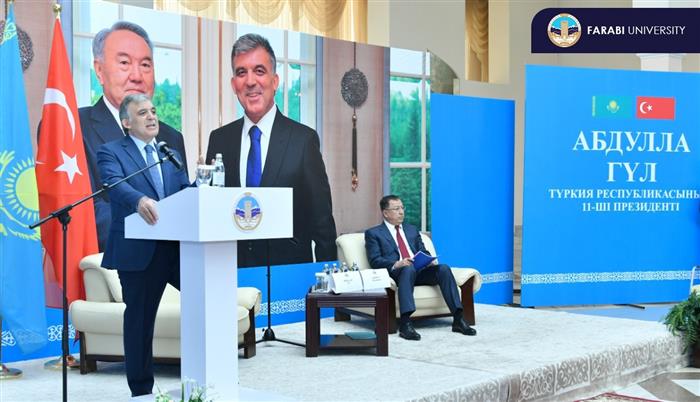 Welcoming the honored guest, Zhanseit Tuimebayev stressed the importance of long-term fruitful cooperation between Kazakhstan and Turkey. “Kazakhstan and Turkey are fraternal states. Relations between the two countries began even before independence. Our Turkish brothers were the first to congratulate Kazakhstan on gaining sovereignty and expressed friendly intentions. In 1992, Kazakhstan and Turkey officially established diplomatic relations. Therefore, it is a great honor for us that the 11th President of the Republic of Turkey Abdullah Gul visited our university in honor of the 30th anniversary of independence and within the framework of the upcoming 30th anniversary of cooperation between the two countries, ”the rector of the university noted. 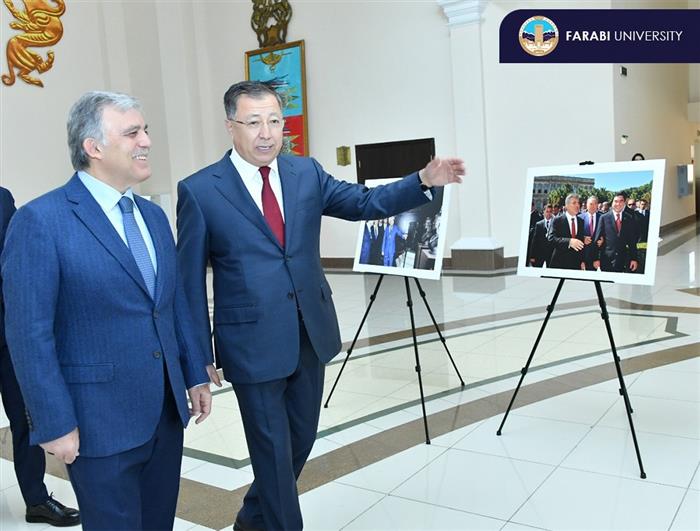 In turn, ex-President of Turkey Abdullah Gul, who arrived in Kazakhstan on a working visit, congratulated Kazakhstanis on the 30th anniversary of Independence and expressed his best wishes. Also the guest of honor, noted the great role of Elbasy Nursultan Nazarbayev in the development of Kazakhstan. “I express my deep gratitude to the rector of the university Zhenseit Kanseitovich and all those present for the warm welcome and organization of such a meeting. Kazakhstan I congratulate all of you on the 30th anniversary of Kazakhstan's independence. We associate the achievements of Kazakhstan with the name of the First President of the Republic of Kazakhstan, Nursultan Nazarbayev. Today your country occupies a worthy place in the world community. This is the great merit of Nursultan Nazarbayev. He managed to bring your country to a new level of development. He has done a lot of work for the benefit of the people and the country, in its formation and development. Today, the laid path of the Leader of the Nation Nursultan Nazarbayev is responsibly continued by the current President of the country, Kassym-Jomart Kemeluly Tokayev, "said Abdullah Gul. 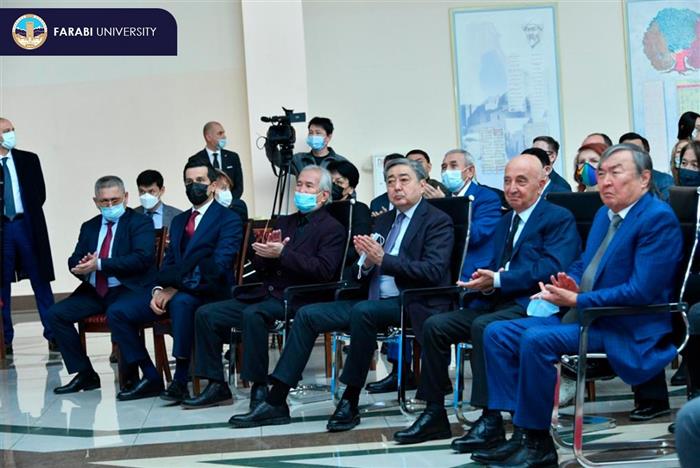 During the meeting, ex-President of Turkey Abdullah Gul delivered a lecture to the audience. In addition, the politician shared his many years of experience in the political sphere and answered questions from the participants. 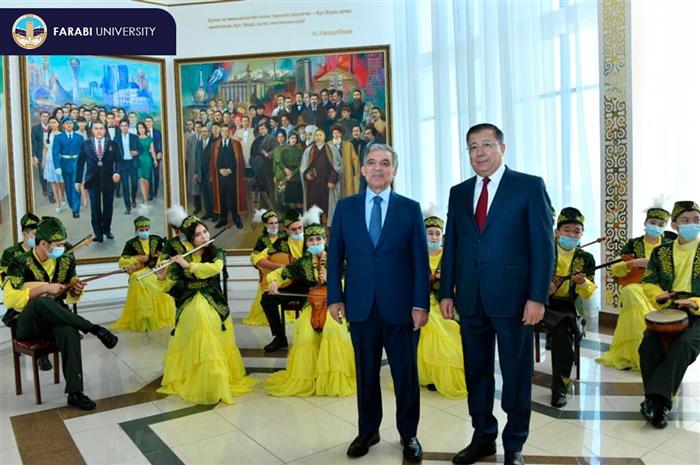 As a token of gratitude, Zhanseit Tuymebaev presented the distinguished guest with the Gold Medal of Al-Farabi. Also, the well-known politician was awarded the title of "Honorary Professor" of the Kazakh National University named after Al-Farabi. 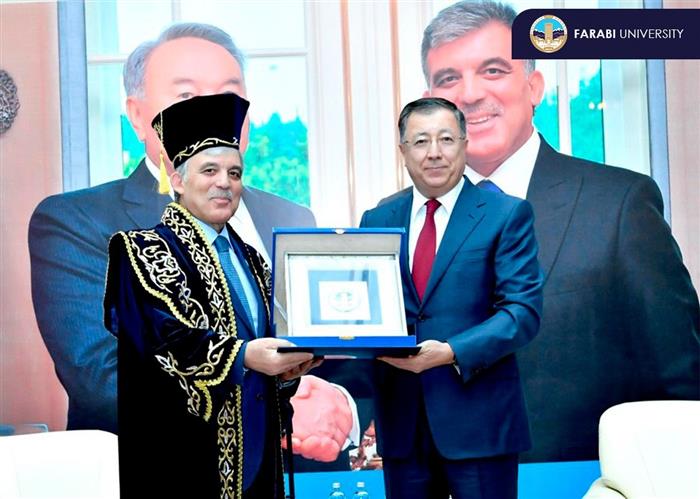