INTERNATIONAL LANGUAGE OF THE GREAT STEPPE 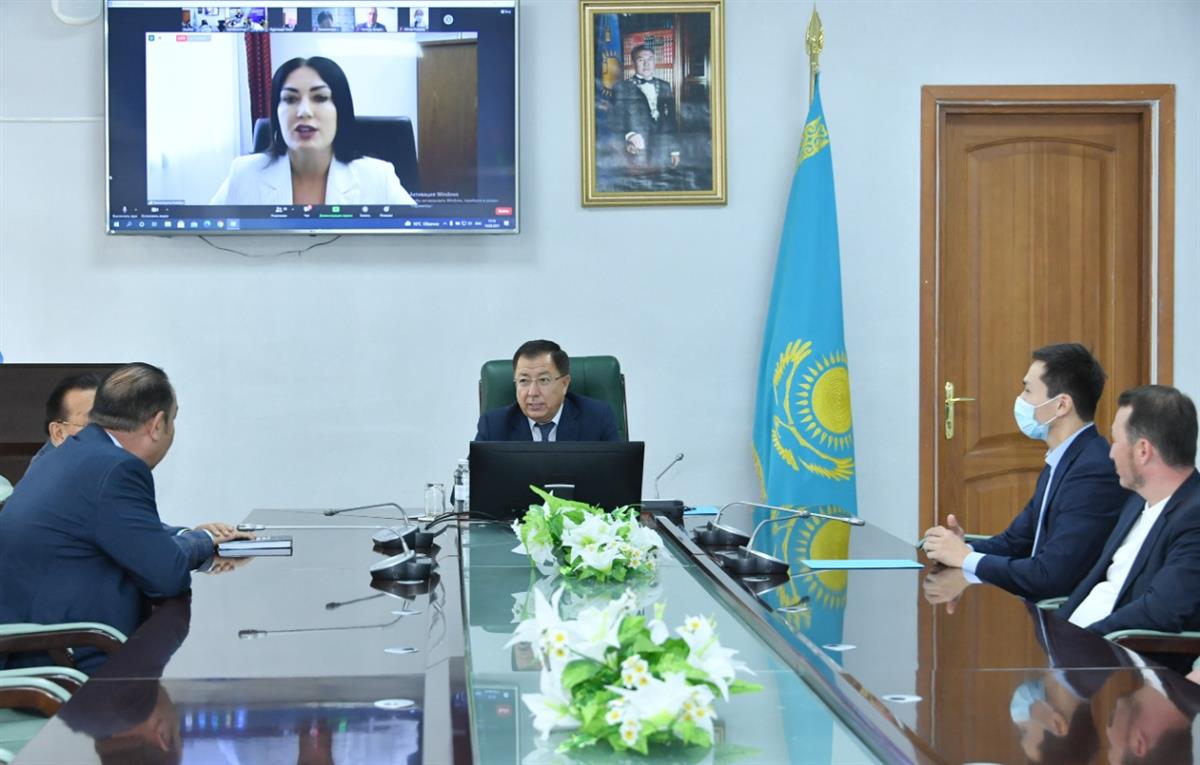 At the Kazakh National University named after Al-Farabi, a republican scientific and methodological conference "The interethnic language of the great steppe" was held, dedicated to the Day of the languages ​​of the people of Kazakhstan, the life and work of the "teacher of the nation" Akhmet Baitursynov. Deputies of the Mazhilis of the Parliament of the Republic of Kazakhstan, scientists and famous public figures, teachers and students took part in its work.

The dictum of Elbasy N. Nazarbayev “The Kazakh language is our spiritual basis and our main task is to develop it and actively use it in all spheres” became the main message of the Chairman of the Board-Rector of Al-Farabi KazNU Zhanseit Tuimebayev to the conference participants. In his speech, the head of the university noted that the holiday of languages ​​was established in 1998 by the Decree of the First President of Kazakhstan - Elbasy Nursultan Nazarbayev. 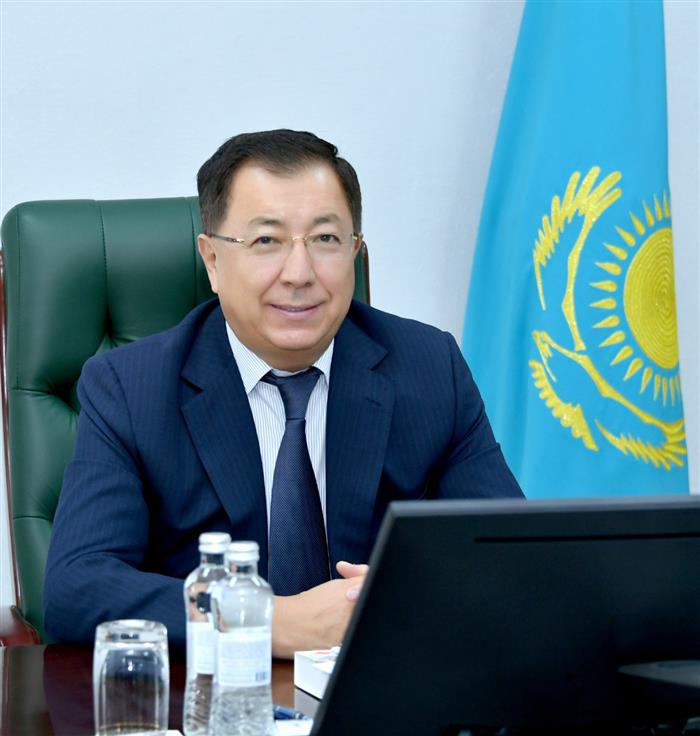 The head of state, Kassym-Jomart Kemelevich Tokayev, in his Address "The unity of the people and systemic reforms are a solid basis for the country's prosperity" especially emphasized the status of the state language. “According to the Constitution, there is only one state language in Kazakhstan - Kazakh. Every citizen who connects his future with our Motherland should focus on studying it. This is the main sign of patriotism, ”the President said.

During the discussion of the Message in the university staff and in the article by the rector of KazNU, published in the newspaper "Egemen Kazakhstan", it was noted that the Kazakh language should become the language of science. And it is precisely this that young scientists should use in their practice, research and new projects. Student youth should also participate in the popularization of the state language. In order to implement the tasks assigned by the Address of the President of the Republic of Kazakhstan, KazNU organizes events dedicated to the holiday of languages. 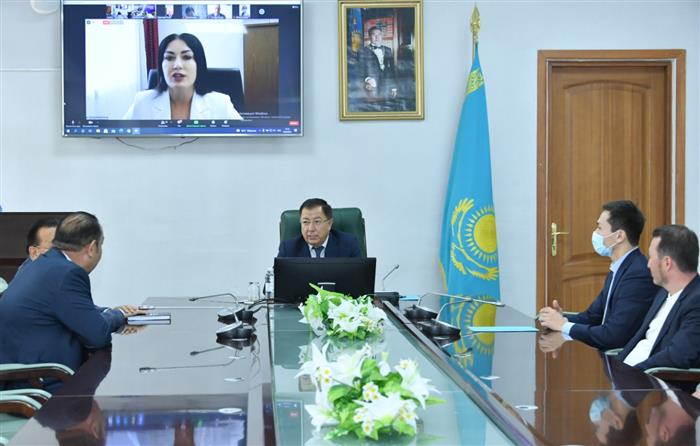 Each faculty hosts special exhibitions, leadership lectures, scientific and educational evenings, round tables. It should be noted that the leader of the "Alash" movement, the first editor of the "Kazakh" newspaper, an outstanding scientist, publicist, public figure and "teacher of the nation" Akhmet Baitursynov stood at the origins of Kazakh linguistics and science. When he was a teacher in the Karkaraly district, he called for teaching children in schools in their native Kazakh language, organized a petition and sent a letter to the Council of Ministers of Russia. A scholarly linguist, a Turkologist conducted a wide educational activity and was a true patriot of his people. He published the "Textbook", which was published seven times before 1925, which played an important role in the development of Kazakh linguistics and teaching methods of the Kazakh language.

It should be noted that in the new academic year, at the initiative of the Ministry of Education and Science of the Republic of Kazakhstan, the textbook for schoolchildren "Alippe" was compiled on the basis of the "Textbook" by Akhmet Baitursynov.

Next year marks the 150th anniversary of the birth of the “teacher of the nation”. By this significant date, the university staff is doing a lot of preparatory work and holding large-scale events. 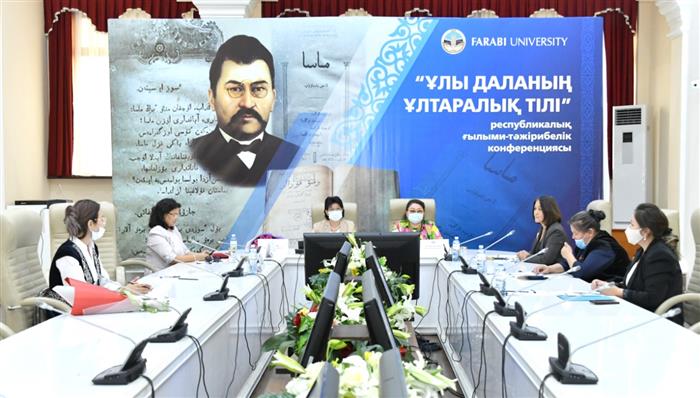 During the online conference, speakers were: Deputy of the Mazhilis of Parliament Natalya Dementieva, member of the Assembly of the People of Kazakhstan, official representative of the National Center for the Quality of Road Assets Alla Chechetkina, chief specialist of the Akim's Office of the Kapal Rural District of Aksu District of Almaty Region Vladimir Chepel, Ethics Commissioner of the Akim's Office of Almaty Mamai Akhetov , who noted the importance of the tasks of strengthening the role and raising the status of the Kazakh language. According to the speakers, every citizen of Kazakhstan is obliged to know the Kazakh language. The fate of the language is the fate of the entire state. Since all peoples and ethnic groups live under the peaceful sky of Kazakhstan, under one roof, everyone should communicate with each other in the state language, which should also become the language of interethnic communication. 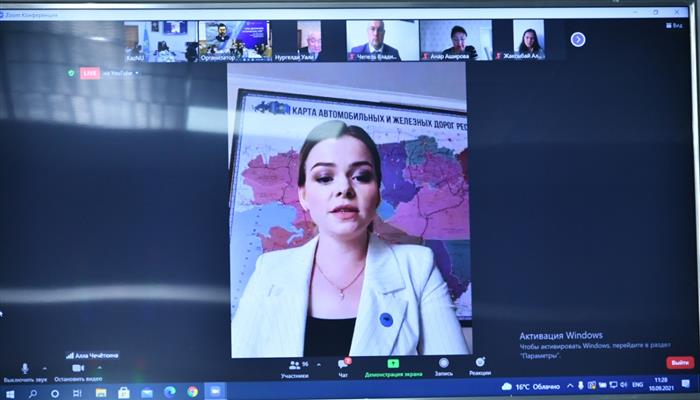 Also during the international conference the following reports were made: 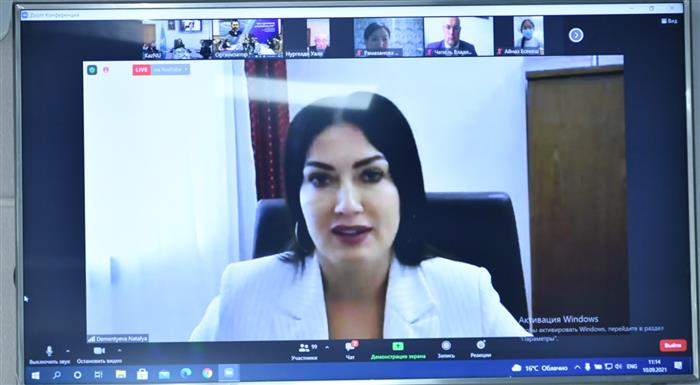