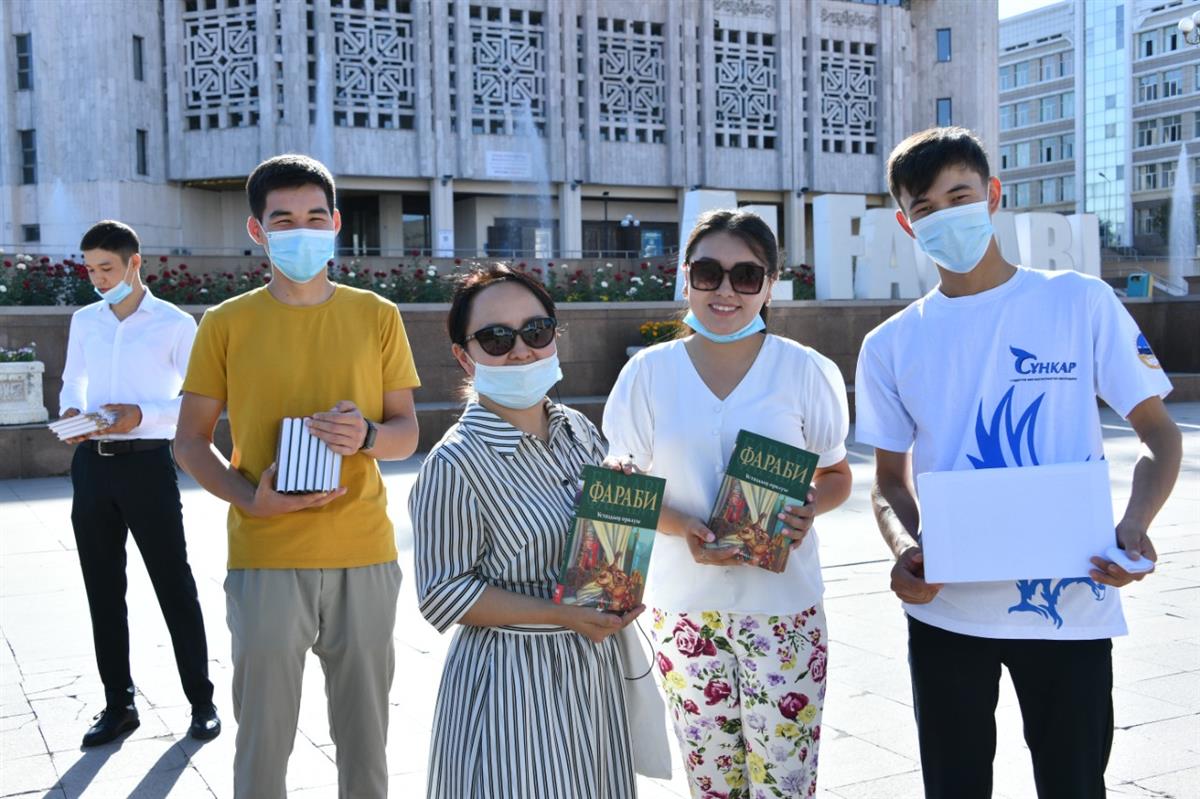 Today the trade union of students and undergraduates "Sunkar" of the Kazakh National University. Al-Farabi held an action "Get 100 books!" ... Within the framework of the Week of Languages on the territory of the university campus, both students and teachers took part in the event. 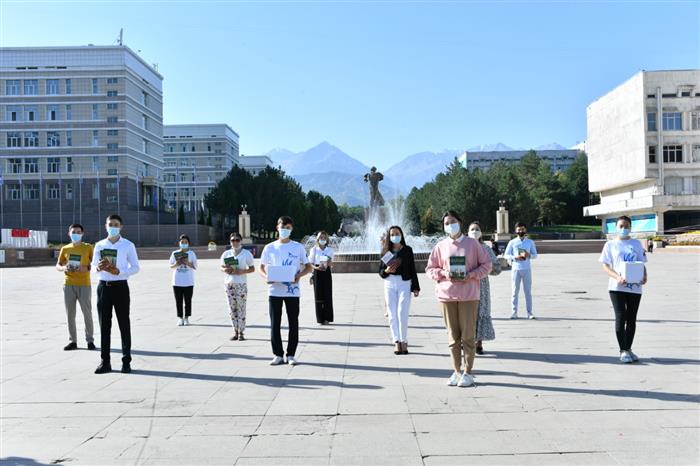 During the action, various questions were asked about languages ​​and their history, active participants were presented with books by Al-Farabi and Abay.

The chairman of the trade union of students of the philological faculty "Sunkar" Didar Kurman said that this year the format of the event dedicated to the Day of Languages ​​has changed. He noted: “Our organization annually holds various events dedicated to the Day of Languages ​​of the People of Kazakhstan. In the past years, we organized a baursak party, this time we decided to present valuable books published by the publishing house “Kazakh university”. Participants and students of today's event remembered interesting proverbs and sayings about the language and shared their impressions. " 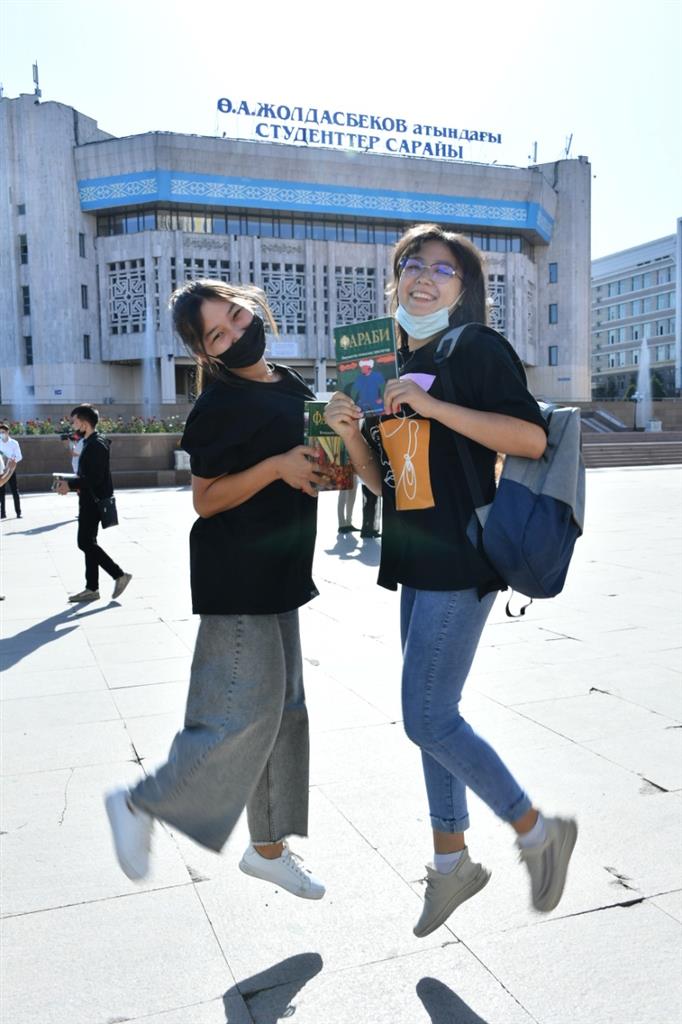 Ganibet Yesetova, a third-year university student who took part in the event, expressed support for such events that encourage young people to respect their native language and read books. “I answered questions about the language and won books by Al-Farabi and Abay. I am glad that I received the most valuable prizes. There is a proverb: “Know other languages, but respect your native one. I wish there were more such useful events for young people, ”said the student. 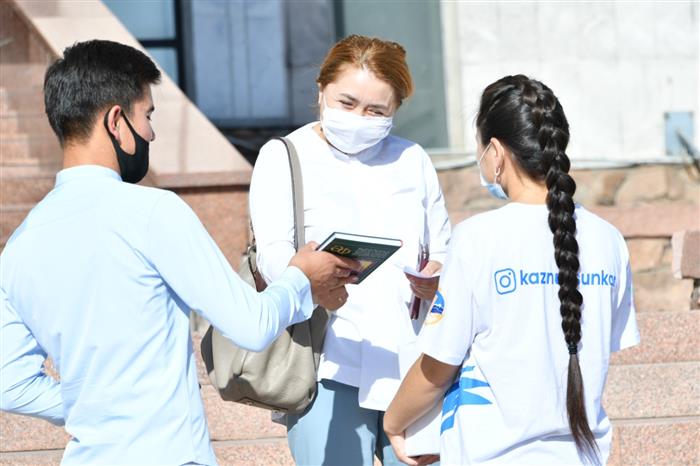