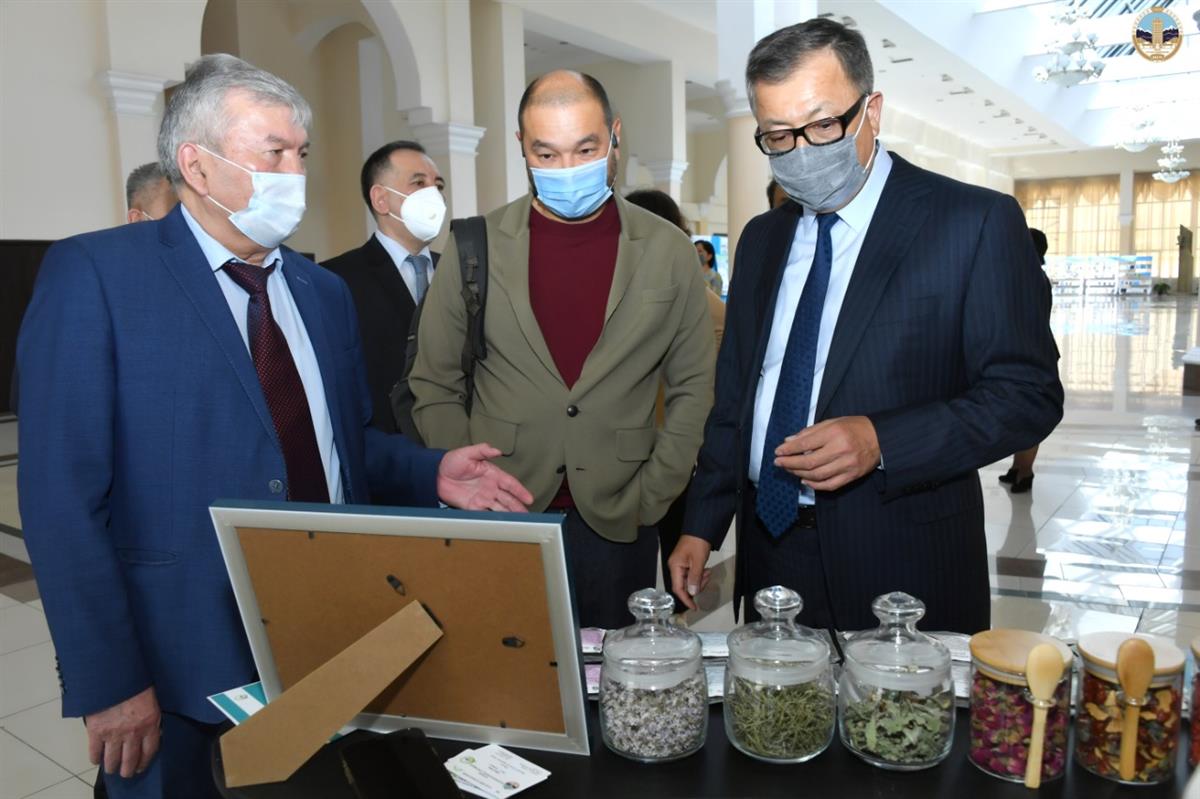 Members of the Board of Directors of NJSC "KazNU named after al-Farabi" got acquainted with the exhibition of innovative projects dedicated to the achievements of young scientists, which was organized within the walls of the educational institution for the 30th anniversary of the Independence of the Republic of Kazakhstan.

The exhibition presents various scientific research works of KazNU scientists. Most of these projects are devoted to high technologies aimed at improving the quality of life of Kazakhstanis and solving urgent problems of our time. The attention of the event participants was attracted by such advanced developments as: innovative energy-saving gas-discharge lamps, machine type of image recognition, new technology for obtaining a sulfur-containing drug, antiviral multi-natural additive, Golden Fly compound feed, a device for measuring the level of air pollution, etc. projects to increase oil production from reservoirs in the field by stimulating native microorganisms, comprehensive automation of the activities of universities, research institutes and the introduction of digital services.

In addition, the following projects were presented to the attention of the members of the Board of Directors: "Platform of the agency of universal virtual devices IBOX", "Intelligent system Qorgan", "Innovative hardware and software complex for studying the basics of electromagnetic phenomena", "Seasonal accumulation of solar thermal energy", "Geographic information system based on space monitoring ”. The members of the council, who studied the exposition of the exhibition with great interest, expressed confidence that the achievements of young people in the field of science would make a significant contribution to the prosperity of our country and wished the youth success in their work and creativity.

At the end of the event, the honored guests got acquainted with an exhibition of books dedicated to the 30th anniversary of independence. The exposition includes the works of the First President of the Republic of Kazakhstan - Elbasy N. Nazarbayev, reflecting the country's achievements in science, technology, economics, international relations, politics, as well as a series of books covering the period from the moment of gaining independence of our country to the present. 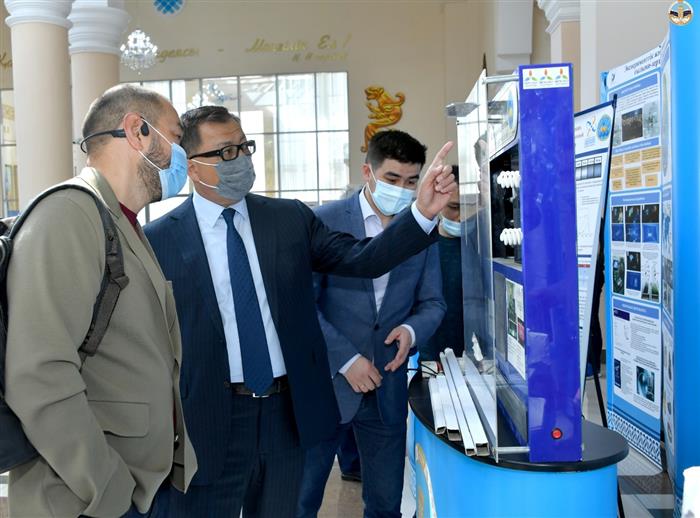 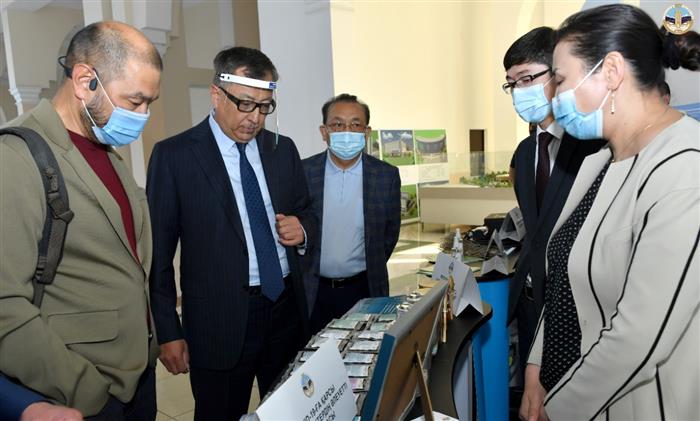