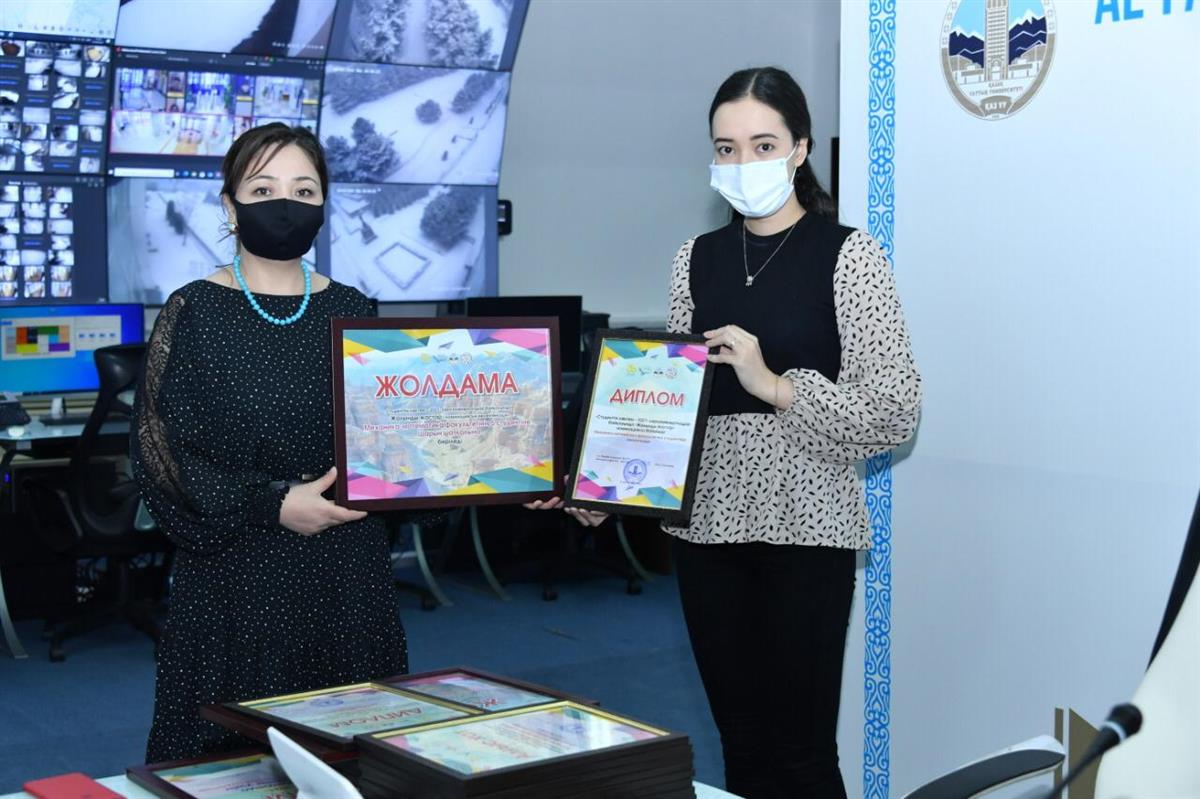 This year, the student competition of amateur performances was held online and was organized by the forces of student youth and the department for educational work of KazNU. Participants of the competition and organizers made every effort to hold the festival of art and student creativity at the highest level. As the students themselves noted, this year the festival was especially interesting, and the preparation for it was very thorough.

Teams led by student deans gave their best in an effort to take the prize. “I invited the most talented and erudite ones to the festival, because the students of the Faculty of Mechanics and Mathematics are distinguished by their iron logic and special thinking. These qualities came in handy during the rehearsal and preparation for the performance. As a result, we took first place, and I am very glad that our modest work was appreciated, ”said the student dean of the Faculty of Mechanics and Mathematics of KazNU Abzal Aripov.

Festival participants spent a lot of time filming their original videos and concert performances. For example, the team of the Faculty of History filmed a storyline based on a specially written script in the Akmechet cave, despite the difficult weather conditions. The speeches were dedicated to the following topics: the 30th anniversary of Kazakhstan's Independence and Nauryz Meiramy. According to the student dean of the Faculty of History of KazNU Nurbolat Omirzak, the festival exceeded the wildest expectations.

Noting the active participation in the social life of the faculty and the university of all the contestants, the director of the department for educational work Zhuldyz Yesimova congratulated the student deans. Diplomas and certificates of honor, signed by the rector of KazNU Zhanseit Tuimebayev, were awarded to student deans of the faculties: mechanics and mathematics - Abzal Aripov, history - Nurbolat Omirzak, biology and biotechnology - Beibars Zhiengaziev, philosophy and political science - Musanatay Gasyrology Aide Myrzagalieva, geography and nature management - Meruert Pralina, chemistry and chemical technology - Nargiz Kuanyshbai, international relations - Zarina Dzhakanova.

“I want to thank the leaders of youth organizations and the active student community of KazNU for their colossal work. They were able to overcome all obstacles and take part in the student competition together with their teams. This is a clear evidence that the student youth of the university pays special attention to cultural and spiritual development, national traditions, history and roots. "Student Spring-2021" is not just a competition, but also a symbol of hope for the further harmonious development of students and the university itself, "Yessimova said in her speech.