Radio activities in the fight against the pandemic 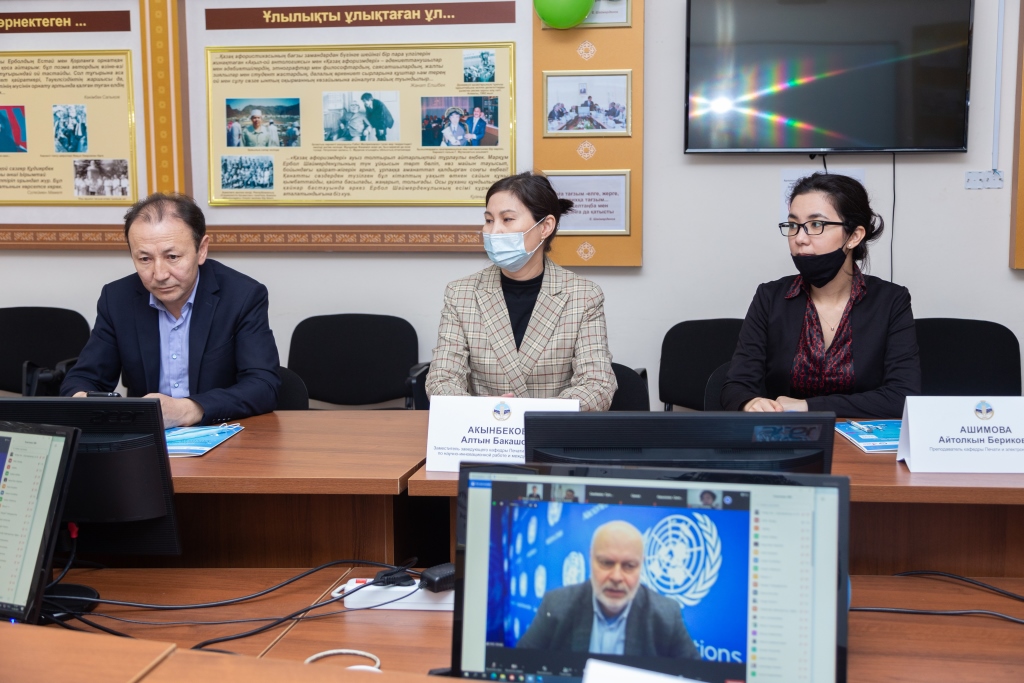 The traditional winter media school carried out its work online. Timed to coincide with the 100th anniversary of "Qazaq Radiosy" and World Radio Day, the VIII Winter School of International Journalism and Communication on the theme "Accessible Radio to Every Resident and the Whole Population: Fighting the COVID-19 Pandemic" is an international event that united seven countries of the world.

Dean of the faculty S. Medeubek noted the activity of the 100-year-old radio on the transmission of operational information to the population. He congratulated on the radio day the chief director of «Kazakh Radiolary» Ernur Burakhan, who connected from Nur-Sultan, and the radio team, practitioners from the regions of the country, from Europe, USA, Russia, China, Afghanistan, Vietnam, Kyrgyzstan, Uzbekistan, Tajikistan, students and lecturers-scientists of the Faculty of Journalism.

It has become a tradition for the Al-Farabi Kazakh National University to hold a winter school of international journalism and communication dedicated to World Radio Day with the support of the UNESCO Cluster Office in Almaty. This event took its place on the map of the celebration of the global radio day, and also became a media platform for student youth and professional journalists.

This year KazNU celebrated the World Radio Day and supported the theme “New World. New radio. Evolution. Innovation. Crossing". In 2021, UNESCO proposed to devote the tenth international day to radio stations with a century of history.

This year's Radio Day celebration was based on three themes:

Development. The world is changing, the radio is developing. This topic especially emphasizes the stability and durability of the radio under various transformations.

Innovation. The world is changing, radio is adopting to innovation and bringing it to life. As the most mobile mean of information available to evetuone, it is necessary to equip radio with new technologies.

Emphasizing the educational and informational role of radio in society, Yernur Kosherkhanuly, noted the new programs presented to listeners in the framework of the 100th anniversary of the radio. He called the provision of creative opportunities to journalists in the context of a pandemic as a positive case for the new management of organizing radio activities and organizing remote work of radio.

Specialist of the UNESCO Cluster Office in Almaty Sergey Karpov named the global agenda of the world radio day. "New world. New radio. Evolution. Innovation. Crossing". The ability of radio in emergency situations to save lives and resist threats was noted. 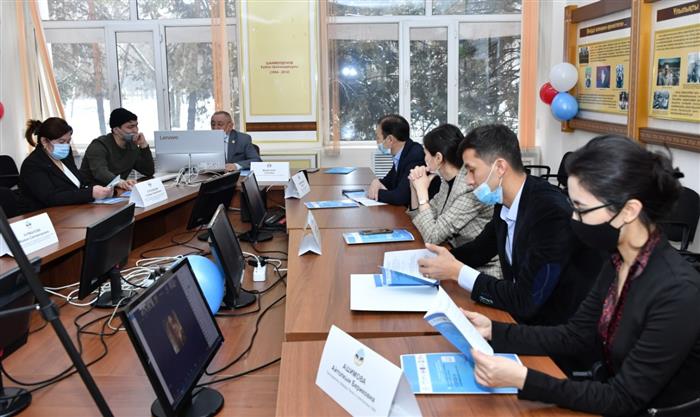 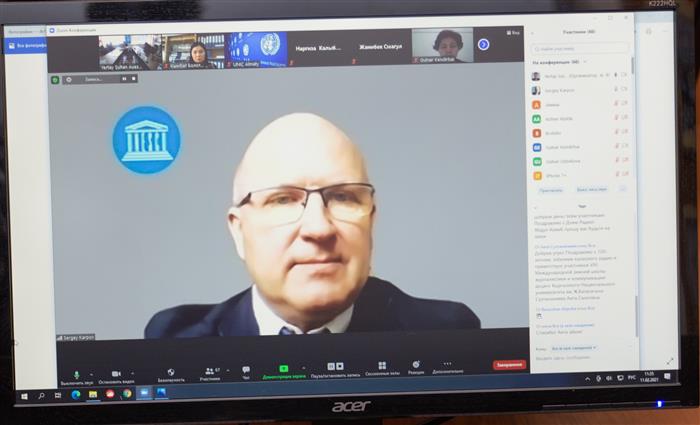 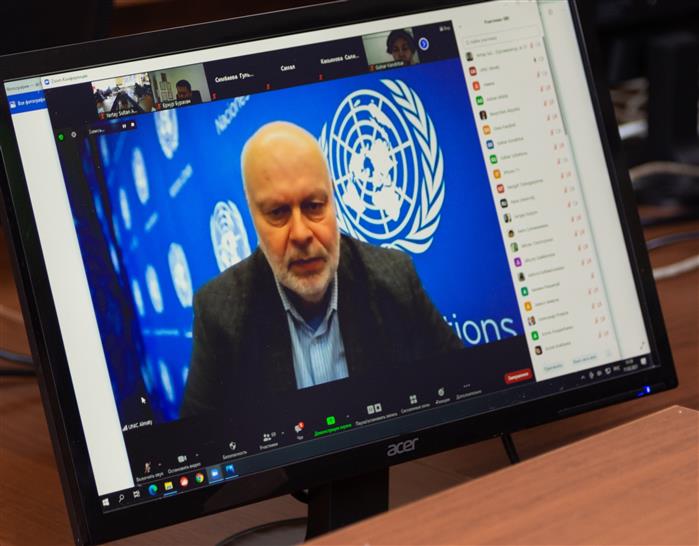 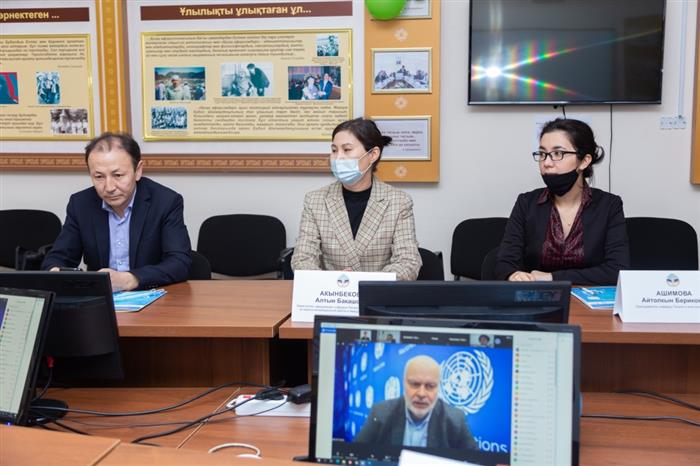 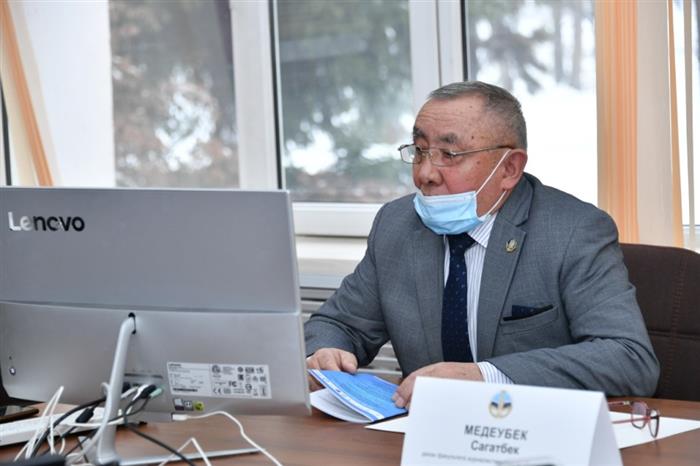 Vlastimil Samek, the representative of the Global Communications Department of UN in the Republic of Kazakhstan, called the activities of reporters during the lockdown days a heroism. In the fight against the virus, radio has become an operational and reliable medium. In this regard, he especially noted the information warfare on the waves of “Kazakh Radiolarly” in the fight against false information during the COVID-19 pandemic.

As a result of the event, scientists and journalists from Central Asian universities proposed the publication of a scientific and analytical journal to study the model of national development and general trends in the media market. The main focus of the journal will be the analysis of actual issues, progressive cases, public discussions in the Eurasian media space.

On November 23, 2019, at a seminar within the framework of World Television Day, held with the support of UNESCO in Tashkent, in order to strengthen multi-vector cooperation and integration, the Association of Journalism and Communication of Central Asian Universities was created. The first chairman was the Faculty of Journalism of the Mirzo Ulykbek National University of Uzbekistan, in 2021 this mission was handed over to the Journalism Faculty of the Kazakh National University.