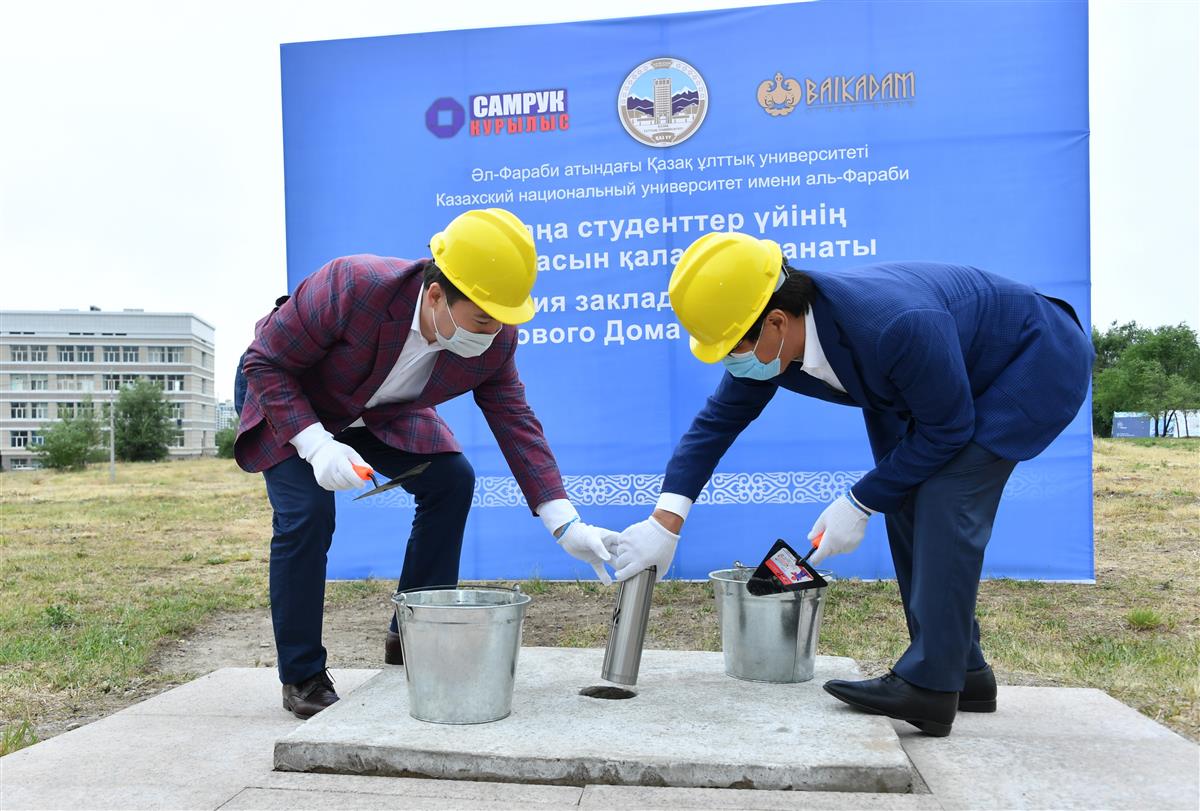 On the eve of the Capital City Day of the country and as part of the implementation of five social initiatives, the construction of a new Student House for 1250 seats of higher comfort has been launched at Al-Farabi KazNU.

The foundation stone laying ceremony of the new dormitory has been attended by the University management, representatives of the investor company, contractor construction organization, public and Media, University Professors and students.

Speaking at a solemn event Rector of KazNU academician Galym Mutanov has highlighted that the state pays great attention to solving the problem of providing students with housing. This important task was set by the First President N.Nazarbayev as part of five social initiatives. The University has been consistently working in this direction. The construction of the new Students’ House is planned to be completed in a year. It should be noted that its construction is carried out on the basis of public-private partnership, the investor is «Baikadam» company, and the contractor is «IC Samruk-Kurylys» LLP. In the nine-floor building with the total area of 22,5 thousand sq.m. there will be a canteen, computer classes, rest zones, premises of cultural and domestic purpose. Students will be accommodated in double rooms with a restroom and shower.

Over the past year, KazNU has achieved significant international results, taking 165th place in the QS global ranking and thus entered the top 200 best HEIs in the world. The number of applicants for admission to the University, including foreign citizens, is also growing. Many students are in need of accommodation and the construction of a new comfortable dormitory will solve this issue. 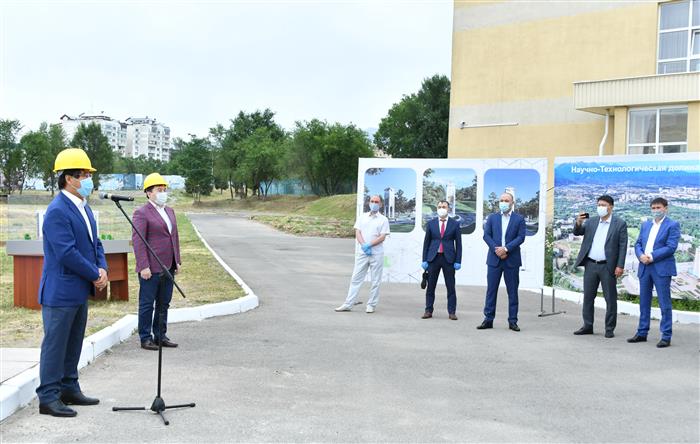 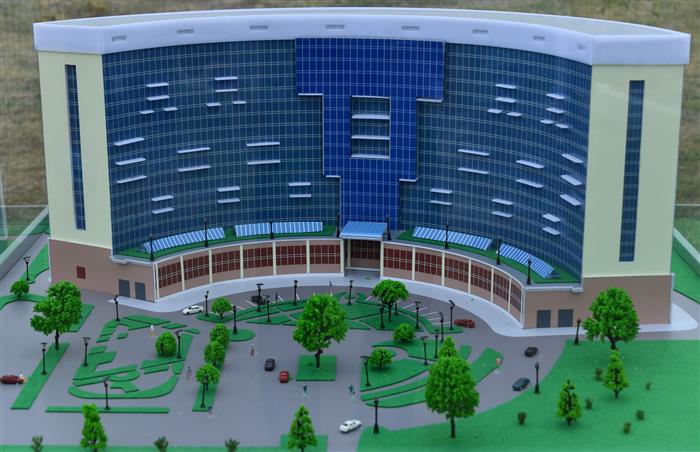 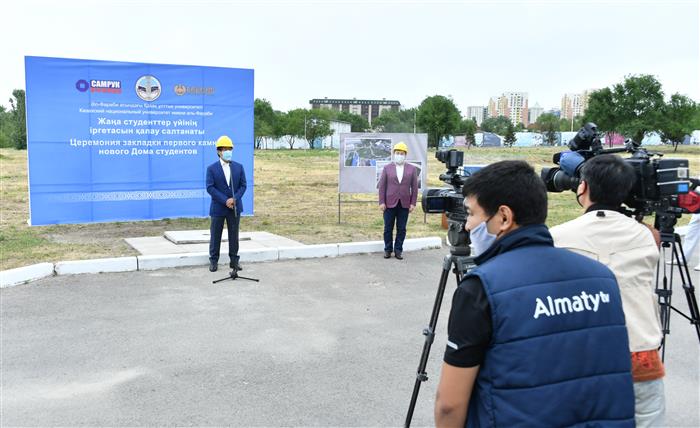