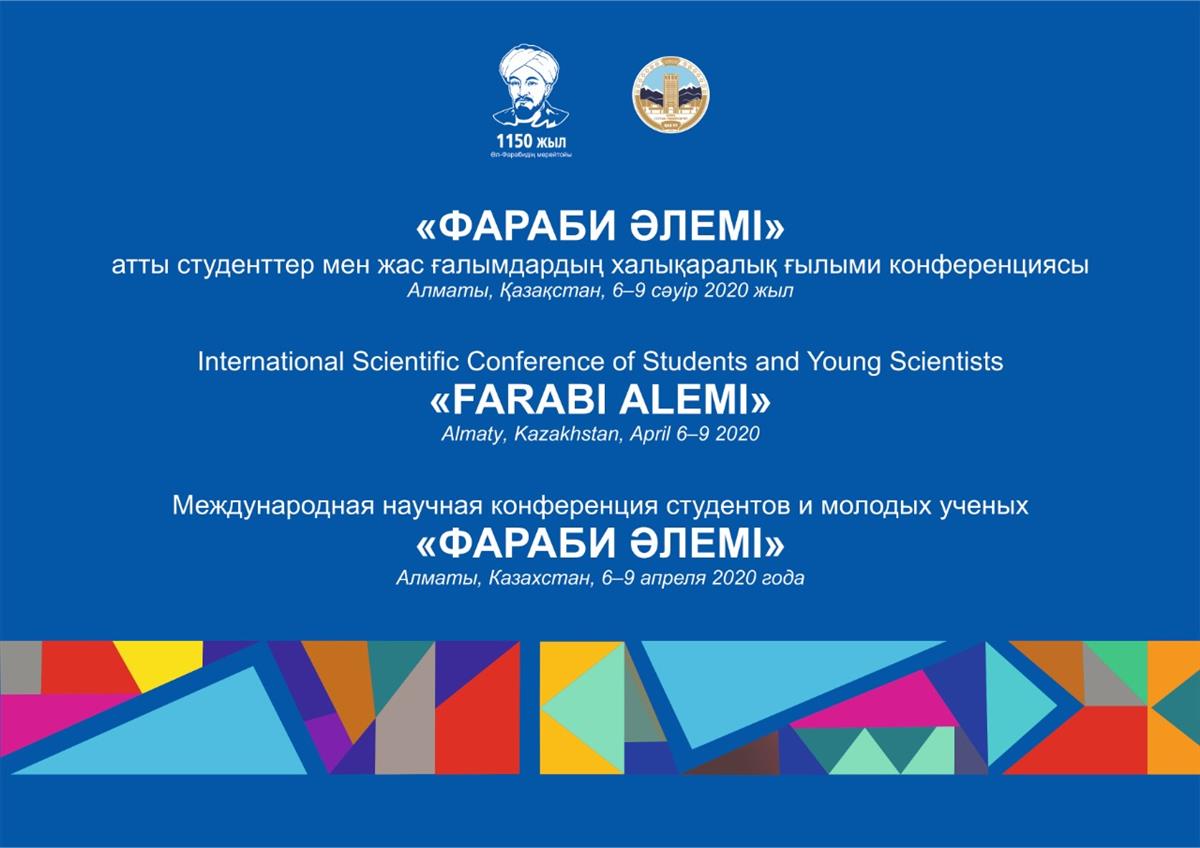 Al-Farabi KazNU held the International Conference of students and young scientists «The Farabi’s World» and the contest «Best Young Scientist» in online format.

In connection with activities aimed at the non-proliferation of coronavirus infection COVID-19, Al-Farabi KazNU carries out activities in a remote format with the use of modern information and communication technologies.

From April 6 to 9, 2020, the traditional annual International Scientific Conference of students and young scientists «The Farabi’s World» in online format was held at the University. The Conference was organized at a high level. Undergraduate and graduate students, and PhD candidates and young scientists of Universities and Institutes, Scientific Centers of the Republic and near and far abroad countries took an active part in the work of various sessions of the Conference.

As a whole, 3094 reports of participants were heard, 383 from other higher education institutions of RK, 117 from the countries of near and far abroad.

122 sections, 70 round tables and scientific seminars were held within the framework of the Conference at the Faculties of KazNU.

In addition, the traditional contest entitled «Best Young Scientist of Al-Farabi KazNU» was held as part of the Conference that is aimed at organizational and methodical support of young scientists of the University, who are actively engaged in scientific and innovative activities, popularization of their scientific achievements, introduction of the results of research into educational and production processes.

The main criteria for determining the winners of the competition were indicators of publication activity, including in international ranking publications, the availability of legal documents (patents, copyright certificates), participation or management of the scientific project, etc.

According to the decision of the Competition Commission, 16 young scientists of KazNU, who showed the highest results, were determined as winners and Rector Galym Mutanov awarded them with diplomas, and monetary rewards in the amount of 60,000 tenge.