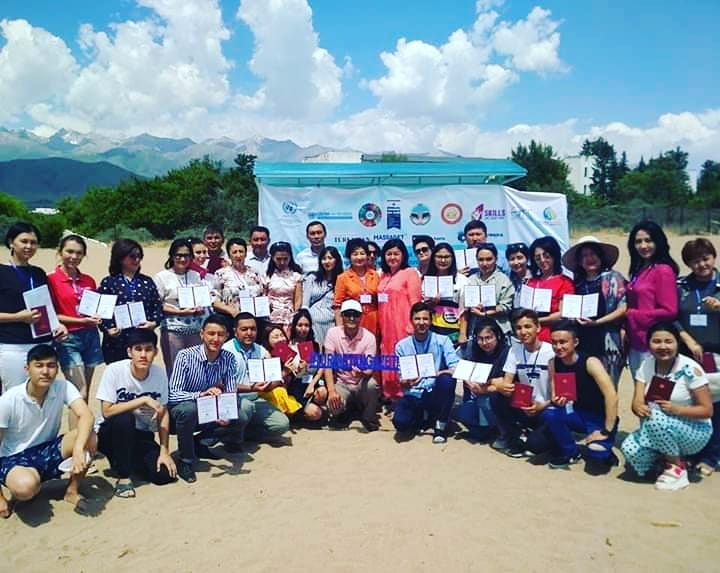 During the summer school days entitled «Global Communications and National Media: Efficient Access to Citizens», which was held under the auspices of the United Nations Global Communication Office, the Speakers shared experience of Central Asian countries on the information skills of citizens and media delegated to citizens.

«There is no obstacles to create the Central Asian Journalism Hub», - declared the VIII Summer School of Journalism and Communication. Journalism faculties of Universities of Central Asia gathered at the summer camp.

Representatives from Uzbekistan, Karakalpakstan and Kyrgyzstan have reported on the issues and experience of journalism in their countries. «The informational space of the Turkic-speaking countries is unique, with different experiences», - said Yakuthan Mamatova, Professor of journalism at Mirzo Ulugbek Uzbek National University.

Kuat Auezbay, Editor-in-Chief of the international newspaper «Turkistan», has gave a lecture on management in the Press, he has gave examples on management in Kazakhstan media. The importance of providing accurate information in the Press was discussed in the master class about accessibility of objective information by citizens and Ahmet Umirzak's view on ethics of opinions. The analysis of the development trends of civil journalism by Beibit Toktarbay, the appearance of foreign Media and case studies in the national press have come to the experience of neighboring countries. Dinara Minzhasarovna shared her impressive experience in using data in her lecture on the impact of social journalism.

Lectures by Zhaniya Abdibek and Aizhan Karybaeva - a new wave of new business media - were highly appreciated by scientists from national journalism faculties in Uzbekistan, Kyrgyzstan. Also, the scientists of the neighboring countries were delighted by the continuous development of the graduates of Al-Farabi KazNU journalism in the new media and business journalism. An agreement was reached on the development of a practical basis for business education media professionals to work together on scientific research and new educational programs, and not to leave the academic environment.

The delegation of Uzbekistan highly appreciated the experience in making infographics, design and long read of the content manager, Eskali Tomiris, who has made a new step in the School of Journalism and Practice on the massaget.kz youth portal.