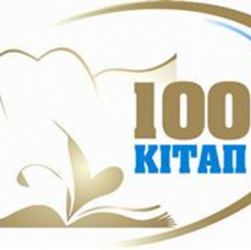 Al-Farabi KazNU hosted a Conference dedicated to the presentation of new 30 textbooks translated into Kazakh language within the framework of the project «New Humanitarian Knowledge: 100 Textbooks in Kazakh Language».

The Conference was attended by Aida Balayeva, the Head of the Internal Policy Department of the Presidential Administration of the RK, Secretary of the National Commission for the Implementation of the Rukhany Zhangiru Program, Rustem Bigari, Vice-Minister of Education and Science of the RK, Rauan Kenzhekhanuly, Executive Director of the National Foundation, Vice-Rectors of HEI’s of Kazakhstan, the Deans and Heads of Social and Humanitarian Faculties and Departments, academic staff of the HEIs in Almaty, translators and editors of new textbooks that were translated into Kazakh language.

Speaking as a moderator and welcoming all guests, KazNU’s Rector Galym Mutanov highlighted significance of the implementation of the program «Ruhani Zhangiru», which turned two years on April 12. Within the framework of the program, linguists and specialists successfully work to translate the best textbooks of foreign authors into the Kazakh language. Last year, linguists began the introduction of the first 18 new textbooks. Today, another 30 new textbooks have been presented.

«Over the past two years we have once again been convinced of the timeliness and high demand for this project. Thanks to the new textbooks, the latest theories and concepts are introduced into the scientific revolution, explaining the modern social processes taking place in the world. This project takes into account such an important trend in the development of modern education in the world as global civic education. «Global Citizenship EDUCATION» implies the preparation and training of a young man as a member of a global society, a citizen of the world and at the same time as a patriot of his country», - said the Rector of KazNU.

It should be noted that the leading teachers of KazNU developed and published guidelines for the introduction of translated textbooks into the educational process. On the basis of the PKI KazNU organized refresher courses for teachers of Universities of Kazakhstan on the updated content of the «General Education Disciplines» of the module of social and political knowledge.

In turn, Aida Balayeva, Secretary of the National Commission for the implementation of the «Ruhani Zhangiru» program stressed that the 18 first textbooks that were presented to the public exactly a year ago created the conditions for a serious update of the content of higher education in Kazakhstan. «We hope that 30 new textbooks published this year will also make a significant contribution to the development of the potential of our Universities», - said A. Balaeva.

Thus, the textbook «Panorama: World History» in 2 volumes from the publisher McGrawHill presents a large-scale overview of the development of mankind. The method of presentation of the material gives a broad idea of the historical process.

In order to expand the series of textbooks in the field of Economics and Entrepreneurship, the works of a number of well-known specialists in this field of knowledge were translated. These are the «Fundamentals of Strategic Management» group of authors led by John Gamble, «Introduction to HR Management» by Nick Wilton, «Organizational Behavior» by Stephen Robins, «International Business: Competition in the Global Market» by Charles Hill, «International Business Law and Legislative Wednesday» Larry DIMatteo and many others.

Many famous works were translated into dozens of world languages and it contributed to the development of world humanitarian education. The translation and publication of these books in the Kazakh language represents a significant contribution to the development of Kazakh higher education and the strengthening of science. More than 300 specialists from the leading University teachers, editors, experienced translators and linguists took part in the work on the translation of books. The circulation of each of the 30 new textbooks will be 10,000 copies. As it was noted, 112 higher educational institutions of our country will receive them by the new academic year. Electronic versions of textbooks will be freely available on the Open University of Kazakhstan portal - www.OpenU.kz.

During the Conference, an Exhibition of thirty new textbooks that were translated and published as part of the modernization program of public consciousness was also presented.